While people struggling during the pandemic continue to pay rent, could a flood of jobs coming to Austin help renters in the long run? 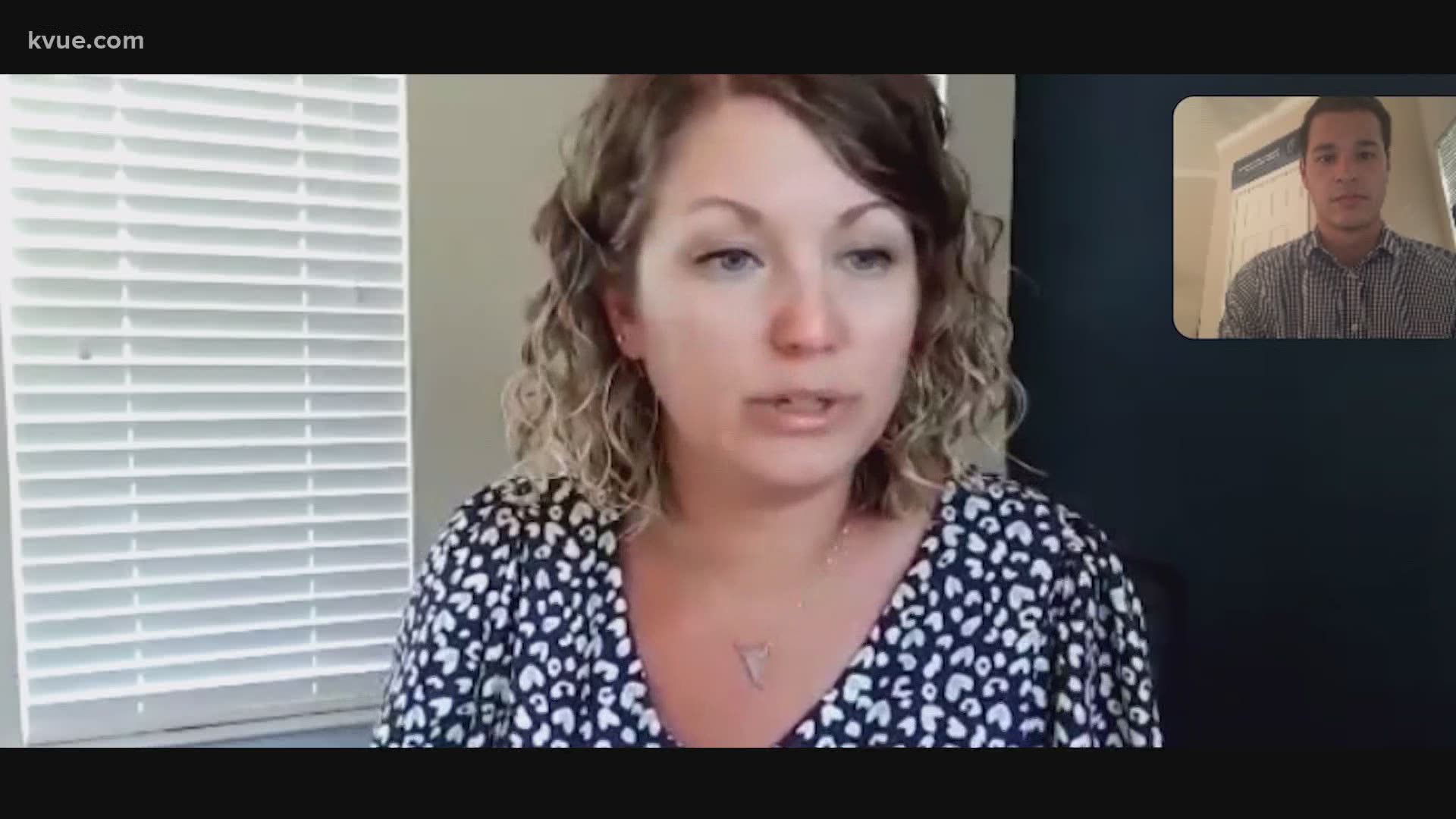 AUSTIN, Texas — After a potential agreement over the latest package to help Americans financially during the pandemic fell apart in Washington, President Donald Trump issued four executive orders over the weekend. Some of them included considering halting evictions for those experiencing financial hardships, and extending unemployment benefits by $400, with $100 of that coming from states.

Across the U.S. right now, renters are still paying rent on time despite a high unemployment rate due to the pandemic.

According to the National Multifamily Housing Council, who tracks more than 11 million professionally run apartment units, 79.3% of apartment households made a full or partial rent payment by Aug. 6. That's a nearly 2% decrease from the month before. A month-by-month and year-by-year comparison can be found in the chart below.

Jeff Adler with Yardi, who helps the National Multifamily Housing Council with the data, said undoubtedly the local and federal aid provided to renters has helped, which is why continued financial assistance is needed.

"I don’t think we’ll see real financial distress until September or October when those reserves are exhausted," Adler said. "I do think that there are stresses building, so I am concerned about the number of people who are still unemployed and their ability to keep money instilled together. The executive order is hopefully a step in the right direction."

Here in Austin, jobs are on the way, which could help with the long-term financial hardships for renters.

Tesla is building a massive Gigafactory that will bring up to 5,000 jobs where the minimum starting pay is $35,000 a year. Thirty-nine jobs have been posted for the factory as of Tuesday.

The popular app TikTok previously announced its plans to bring "hundreds" of jobs to Austin, but now have said those jobs are in question. A spokesperson told KVUE in a statement:

"TikTok has committed to creating 10,000 great paying jobs across the US – including more than 2,000 here in Texas – but the Executive Order puts those new jobs in jeopardy. While we're forced to hold on that hiring until we have further clarity from the Administration, we're working hard to ensure that we can offer employment for years to come as we build an enduring platform for our users, creators, partners, and the broader community in the US."

Amazon is also opening up delivery stations, a sorting center and a distribution center around Central Texas, bringing at least 1,200 jobs by next year.

Emily Blair, the executive vice president for the Austin Apartments Association, said future jobs could be good for those who need it.

"It’s welcome news for individuals who are finding themselves in situations that they’ve never been in before," Blair said. "And I think ... the housing industry stands ready to meet those needs as the economy starts to come back and some jobs are starting to come into the community."

"We need policy and some decisions to be made to benefit the entire ecosystem. Our renters need that. Our housing providers need that. We’re in desperate need of some leadership right now," Blair said.

Blair added she's pleased with the City of Austin's RENT 2.0 program, which provides financial assistance to renters who need it.

Fast facts: Who is Kamala Harris?