Strait Music Company has been a family-owned store in Austin since 1963, and on Friday it began offering curbside service. 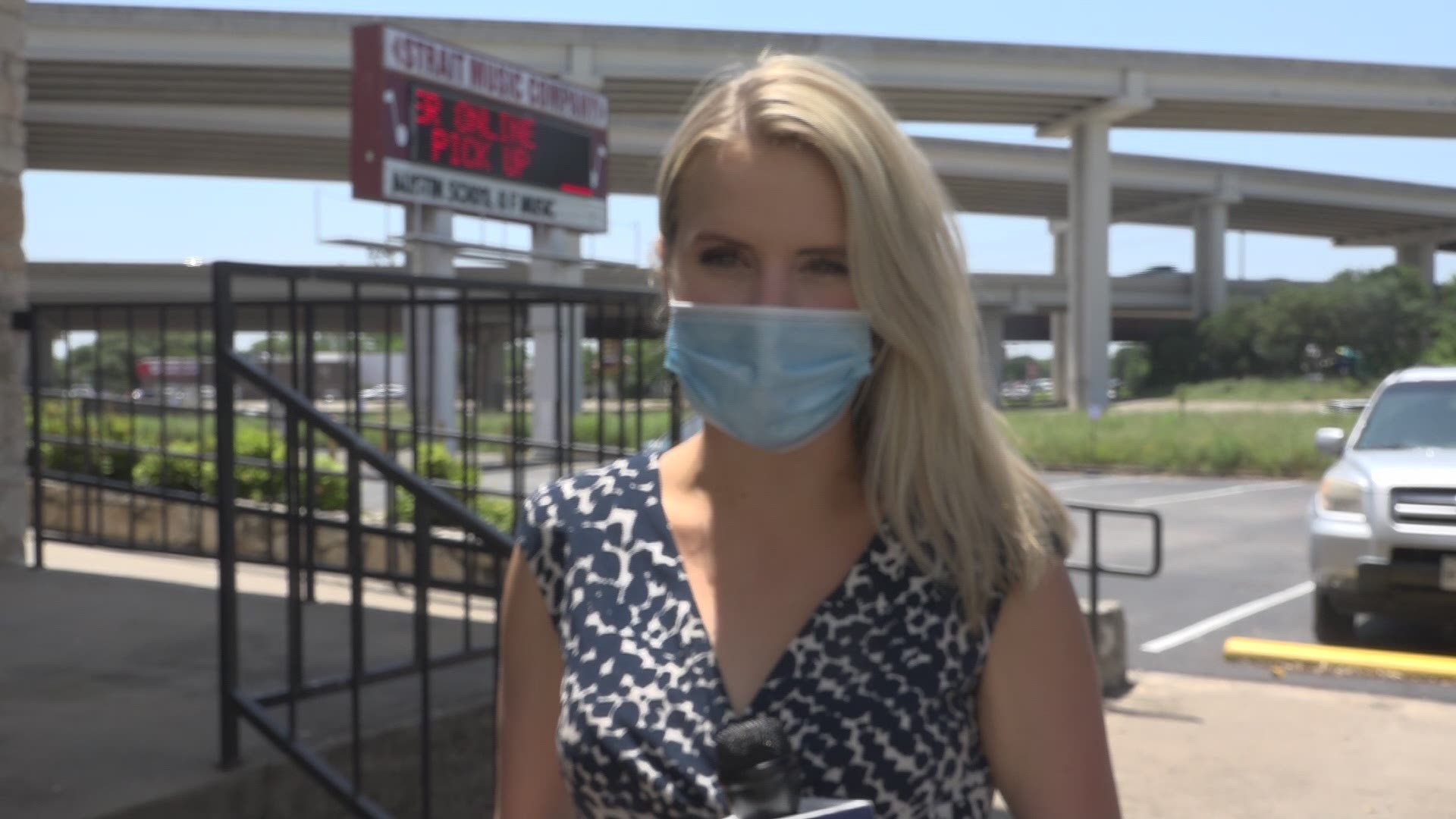 On Friday, as Texas retailers start offering retail to-go, a glimmer of hope was found in the parking lot of Strait Music Company.

Local musicians waited in their cars as they ordered music items from inside the store, and handed in their instruments for repairs.

"We take a lot of pride in being a part of the Austin community. It's almost hard not to get emotional," said vice president Clint Strait.

Strait's grandfather first opened up the store back in 1963, to be a vital resource for Austin musicians.

"There's a lot of people out there hurting right now, especially in the music community – there's no live gigs. We're just trying to help out how we can," said Strait. "It's been hard on the city, hard on our employees. This is the first step in a good direction."

Strait said they ask you place your order via text or phone, and wait in the parking lot. A few other rules have changed as well.

"When instruments are returned or brought in for repairs, they're quarantined for four days before being disinfected," said Strait.

Strait Music Company will be offering curbside Monday through Saturday, 11 a.m. to 5 p.m., at both Austin locations.