'We're not destroyed': Residents trying to move forward in the aftermath of Lake Dunlap draining out 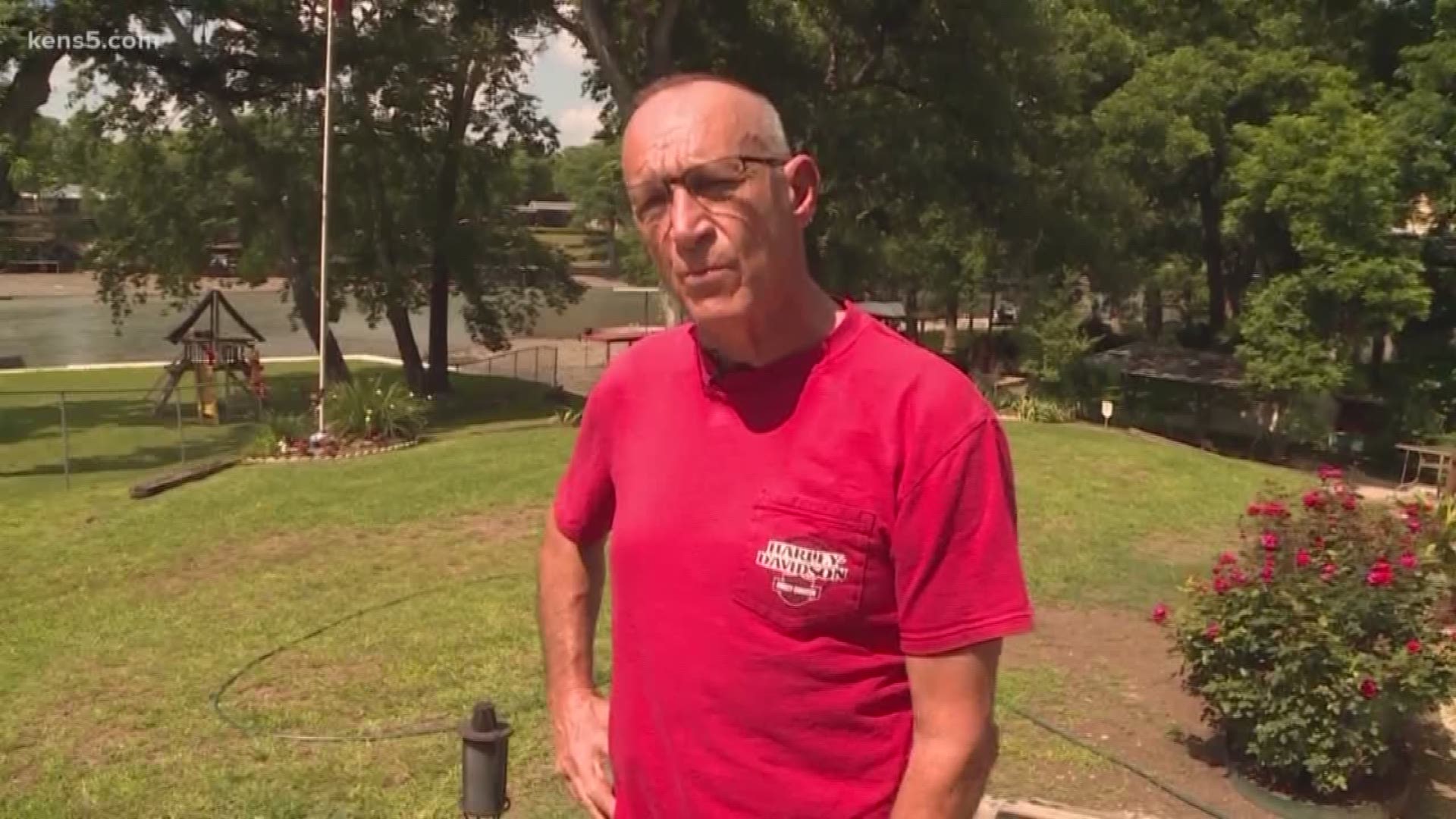 NEW BRAUNFELS, Texas — Once a summer paradise, the Lake Dunlap now looks like a shallow river bed following the dam collapse earlier this week that has already proven to be a bit of a monumental change for residents here this week.

Neighbors in this tight-knit community said the shock has now gone away, and they’re ready to move forward.

Randy Duplecion has lived on lakefront property in the River Bend area for 20 years.

“It is very much a hidden treasure,” he said.

But now, Lake Dunlap doesn’t look like much of a lake at all.

“The dam failed and the plug was pulled on the bathtub and it drained,” Duplecion said.

RELATED: Lake Dunlap's future is grim after spillway fails at nearby dam

The Guadalupe-Blanco River Authority said the middle spillgate failed just before 8 a.m. on Tuesday, causing a massive amount of water to rush out of Lake Dunlap.

The lake isn’t completely dry yet. The GBRA said the U.S. Army Corps of Engineers is releasing water from Canyon Lake into Lake Dunlap, but it’s not a permanent fix.

After most of the water left the lake, the damage was evident—boats suspended from docks, leftover debris and trash...and a lot of work ahead.

“I mean, there’s a lot of damage; retaining walls are giving, a bunch of different bulkheads are falling,” said Donny Meurin. “It’s a sad situation.”

Meurin said his family has owned property near Lake Dunlap since the 1940s, and is confident the community will recover.

“Something good can come out of this when it’s over and done with, people just need to pull together,” Meurin said.

He said his neighbors are already planning a lake-wide cleanup to clear leftover debris and trash.

But there are other issues to consider, including the loss of property values.

“We put this up for sale, testing the water a couple of weeks ago,” Duplecion said. “So within about four hours, we lost $300,00 of value right here.”

The GBRA said they’re still investigating why the 91-year-old dam failed, but they believe it may have to due with the aging steel structure.In the meantime, they said engineers have been devising a plan to repair the spill-gates, but can’t come up with the funding to complete the job.

The GBRA said the cost for each dam to be repaired is estimated to cost between $15 million to $35 million, and the authority is researching all funding opportunities through state and federal resources, as well as stakeholder partnerships.

So for now, Lake Dunlap will remain nearly dry, while many neighbors are just hoping for the best outcome.

“We’re glad that people are aware of the plight we’re faced with here,” Duplecion said. “We’re not destroyed. We’re just kind of kicked down a little bit.”

“Tighten up your belt, pull up your boots, and clean it up,” Meurin added. “And, just keep going.”

A town hall meeting is scheduled for June 6 at 6:30 p.m. for neighbors to voice their concerns.