They were looking for a blonde woman named Amy who bought cookies for her boyfriend in 1999 near UT Towers Apartments. She tipped $5. 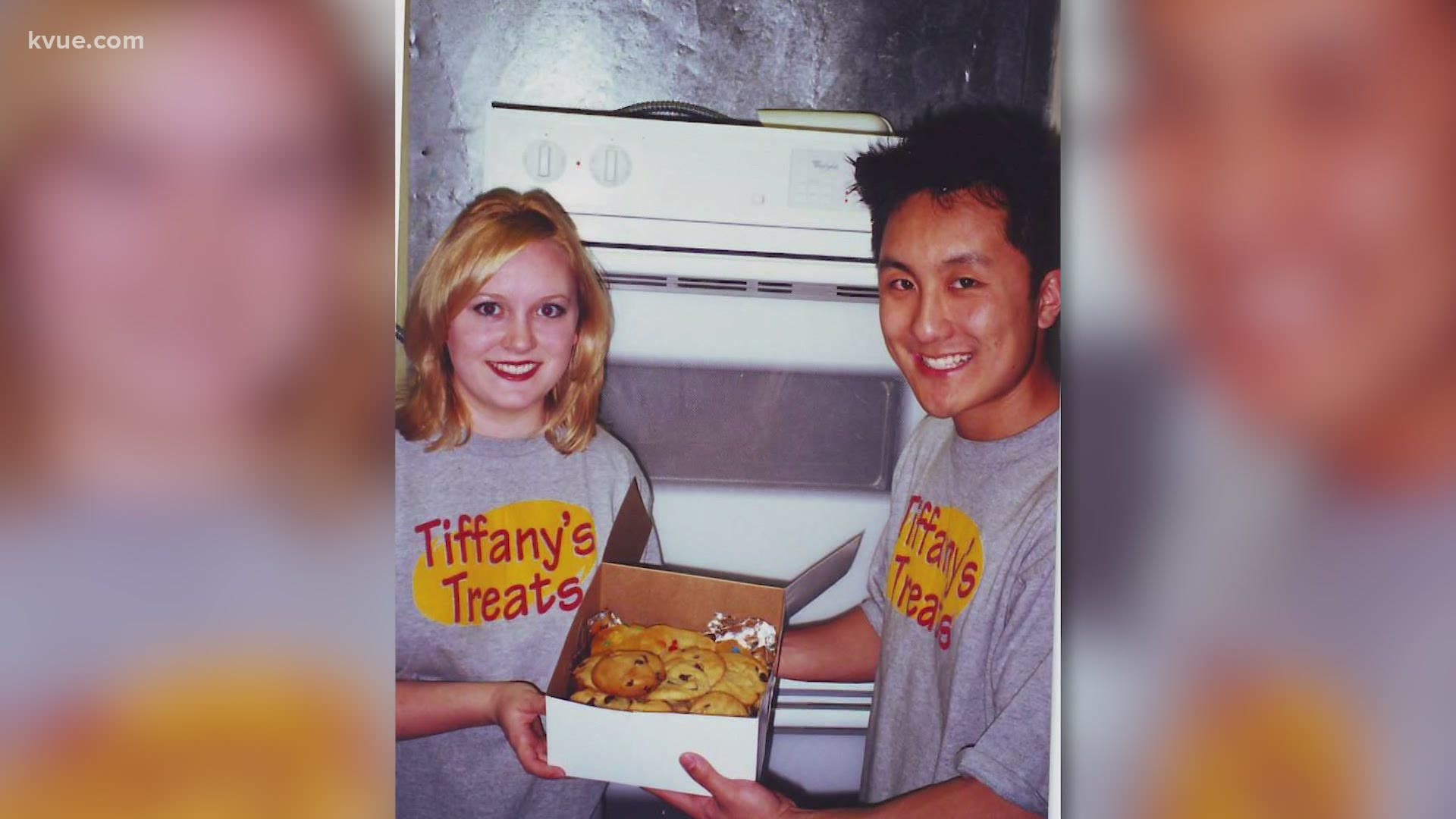 AUSTIN, Texas — After the owners of the Austin-based popular cookie store, Tiff's Treats, began asking for the public's help to find their very first customer, Amy, whom they wanted to supply with a year's worth of cookies, they've provided a happy update.

"We found Amy," they tweeted on Friday.

Details at the time are limited, but they said they will be providing more information on Monday.

In 1999, owners Tiff and Leon Chen started a small cookie shop out of their apartment near the University of Texas. The college couple put up fliers around campus ready for their big day, but three days went by without a single call.

We’re busy finalizing the details and can’t wait to share! Tune in on Monday at 10am #TiffsTreats #FindingAmy #22ndAnniversary pic.twitter.com/agBeQaMMI8

"It was pretty embarrassing, but on the next day we had someone named Amy call us," Leon Chen said.

The blonde college student called in and ordered cookies for her boyfriend at the UT Towers Apartments and tipped Leon $5 after he delivered the cookies.

What Amy did not know when she called was that she was their first customer who kicked off their business and changed their lives forever.

Now, on the 22nd anniversary of Tiff's Treats this month, they want to give Amy a year's supply of cookies.

SHARE: The owners of @tiffstreats need your help! They are looking for the very first customer, Amy, who bought their cookies back in 1999 near @UTAustin Towers. On their 22nd anniversary, they want to give her a year's worth supply of cookies to say thank you!! pic.twitter.com/ZfVr5ai6YH

Multiple Amys had reached out to the Chen family, but up until Friday, Leon said none of them were the right one – a true Cinderella story, only with cookies!

"We are getting quite a few people saying, 'I'm Amy. I was at UT at the time.' Then we come to a couple dead ends where they are like, 'Oh wait, I don't have a boyfriend,' or, 'I didn't live at Towers,'" he said.

However, they were determined to find her.

"Amy, thank you for taking a chance on us for however you found us and giving us a reason to continue to do the business," said co-owner Tiff Chen.