There is an Austin gym owner who believes he has a way to give people a better workout in a shorter amount of time. 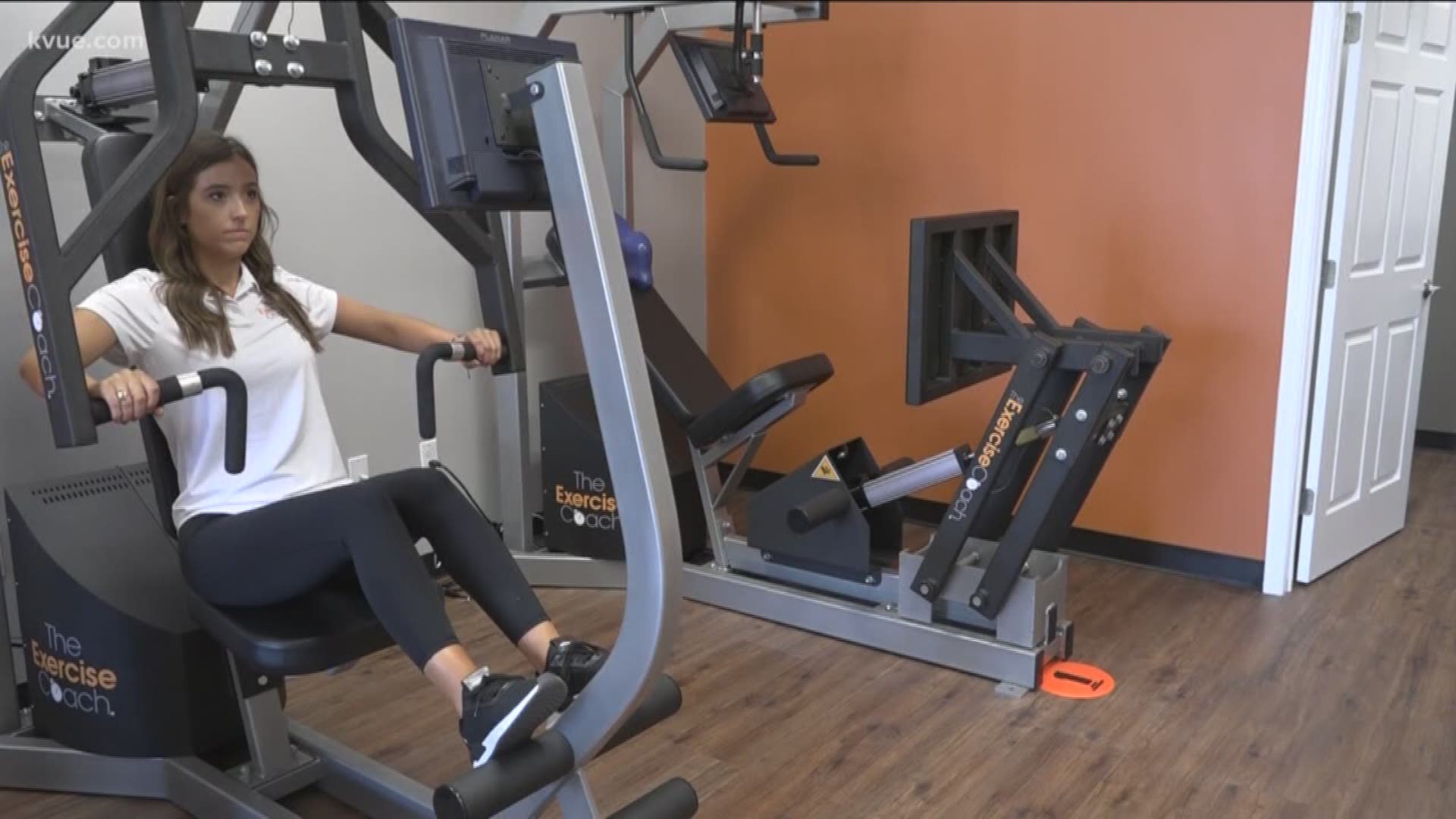 AUSTIN, Texas — There is an Austin gym owner who believes he has a way to give people a better workout in a shorter amount of time. It's new type of workout facility that is offering a tech-savvy approach to working out.

The Exercise Coach held its grand opening on Tuesday, becoming the first to open in the Austin area. This is a gym that stores information and data in its equipment to give each member a hyper-personalized workout and experience. There are currently more than 50 in the United States.

Alejandro Alderete is the new owner of this Austin gym. He is a certified exercise coach who has seen the flaws in other gyms.

"People don't always know exactly where their limits are," Alderete said. "You might pull something. You might overextend it."

Alderete also brings up the fact that gravity gives people unnecessary breaks that force people to work out longer than they need to.

"Once you lift it up, you can let it fall," Alderete said. "We wanted to come up with a more efficient approach."

The Texas Longhorns are the top trending team on StubHub

This is where The Exercise Coach changes how things are done. Each piece of equipment has a device hooked up to it that can take in your information, like height, flexibility and strengths.

"The machines are just moving on one axis," Alderete said. "This is going to be customized to each individual person."

"You're never exposing your joints to a dangerous pressure," Alderete said. "This control makes sure you're in a safe range of motion."

There is a monitor in front of you at each machine that shows a green line – the amount of pressure you should be applying as it moves. Your physical pressure shows up as a yellow line, moving along the green line. This gives you a controlled, difficult and efficient way to work out all your major muscles.

"Before I even decided to get a part of this, I tried it myself, and I was convinced that these machines actually do provide the best workout," Alderete said. "The method in which this delivers is safe, effective and efficient."

Leslie Statan is a personal trainer who is used to working out four to five times a week. Once she tried out The Exercise Coach, her approach changed.

"It can really narrow down on the time spent," Statan said. "You're not going full range of motion. You're kind of taking your time while continually being under pressure."

The Exercise Coach team believes you only need to work out at this gym for 20 minutes two times a week. Alderete said this is because you're doing a more intense workout in a shorter period of time. Rest is also needed between workouts.

"We try to get you the bigger muscles that get you the most efficient workout possible," Alderete said. "Your arms are just kind of going through the motion of what the machine is doing – well, while you get a really difficult workout."