In one, visitors are suppose to have a fairy tale experience. 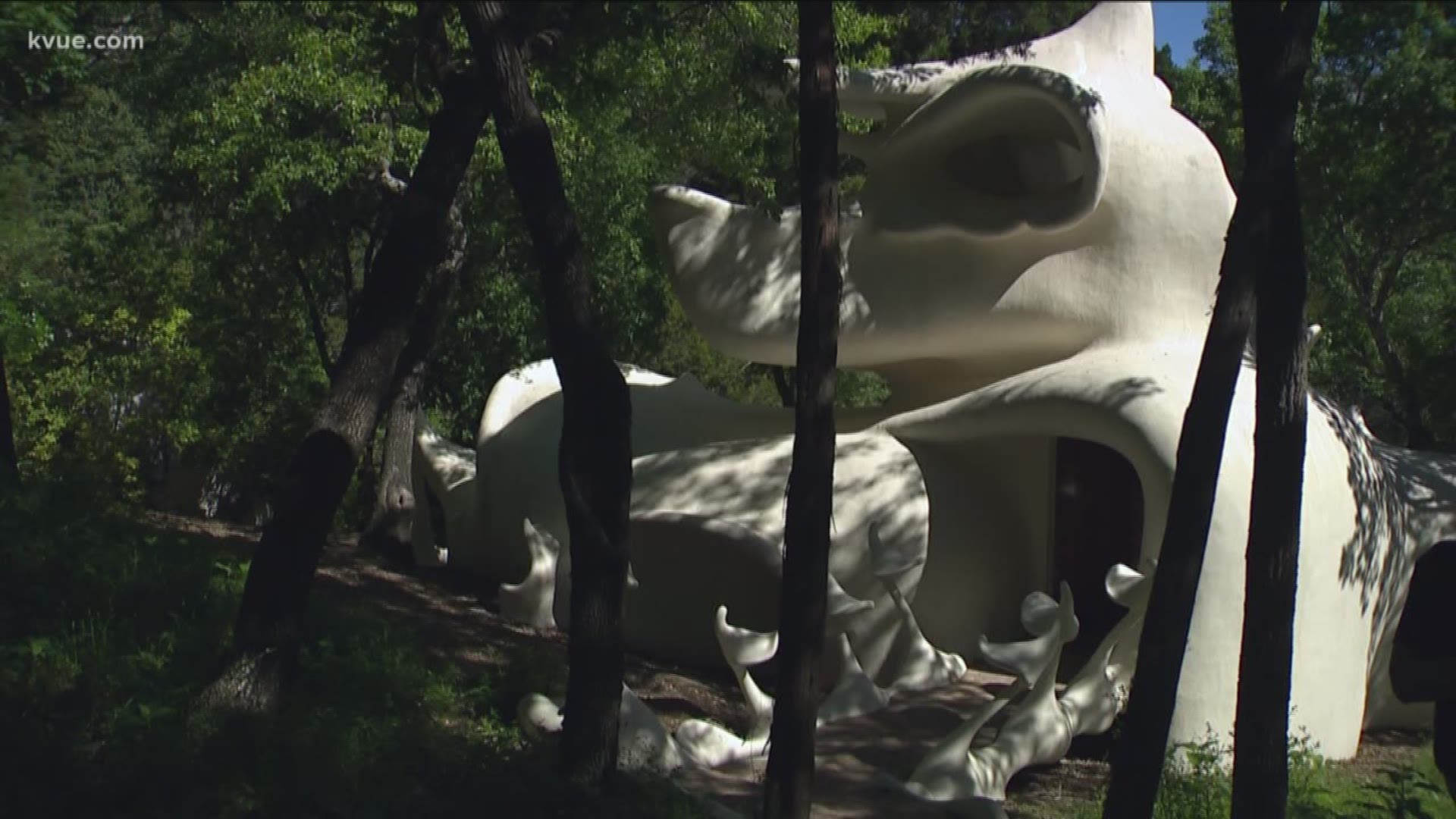 AUSTIN, Texas — Tucked away in the wooded Westlake area sits the distinct white stucco home known as the BloomHouse. It doesn't look like any home you have ever seen.

Owner Dave Klaunch said it's not supposed to, per the architect, Charles Harker.

That's just one of the reasons Klaunch fell in love with it and bought it two years ago.

On Saturday, it was open to the public, allowing people to walk through the unusual home as part of the "Weird Homes Tour."

"Walking through the woods, down a path, come across a building, an enchanted building, maybe it's alive, maybe it's not," Klaunch explained.

Visitors are supposed to have a fairy tale experience.

"It's so much art -- it was created in a way to spoon feed the viewer to feel a certain emotion or to make a certain connection," he said. "It is a piece of Austin history; it is a unique property that should be preserved."

Besides showing off the non-linear architecture or how the home integrates into nature rather than sticking out from it, Klaunch said there is a lesson for the new Austinites.

"I'm hoping the people coming into our town to live will have an opportunity to come check it out and get an idea of what Austin was like during the '70s and '80s. There was a lot that went into building this house, not just from a construction standpoint but from the design and the philosophies behind it," Klaunch said.

RELATED: Austinites may soon be able to keep their cars weird too…

"Honestly it's getting harder," said David Neff. "We've had three homes on the tour and those people move, sold them or they can't afford to live here now because they're artists, so we've just seen a lot of things around affordable housing. Where our artists live and where they can live has made the pool smaller over time."

But Neff said they know artists, like Dustin Warden, are in Austin.

Warden has custom-designed and hand-made everything in his South Austin home, besides his furniture -- from his bullet-resistant front door to raised walls in his bedroom, all skills he learned just by watching YouTube.

Ten percent of ticket sales go to Lifeworks, the nonprofit that helps our area's youth and families by offering housing, counseling and workforce programs.

There’s a corgi meet-up in Zilker Park next week