The results were released as part of a celebration marking 100 years since the pecan tree was named the Texas State Tree. 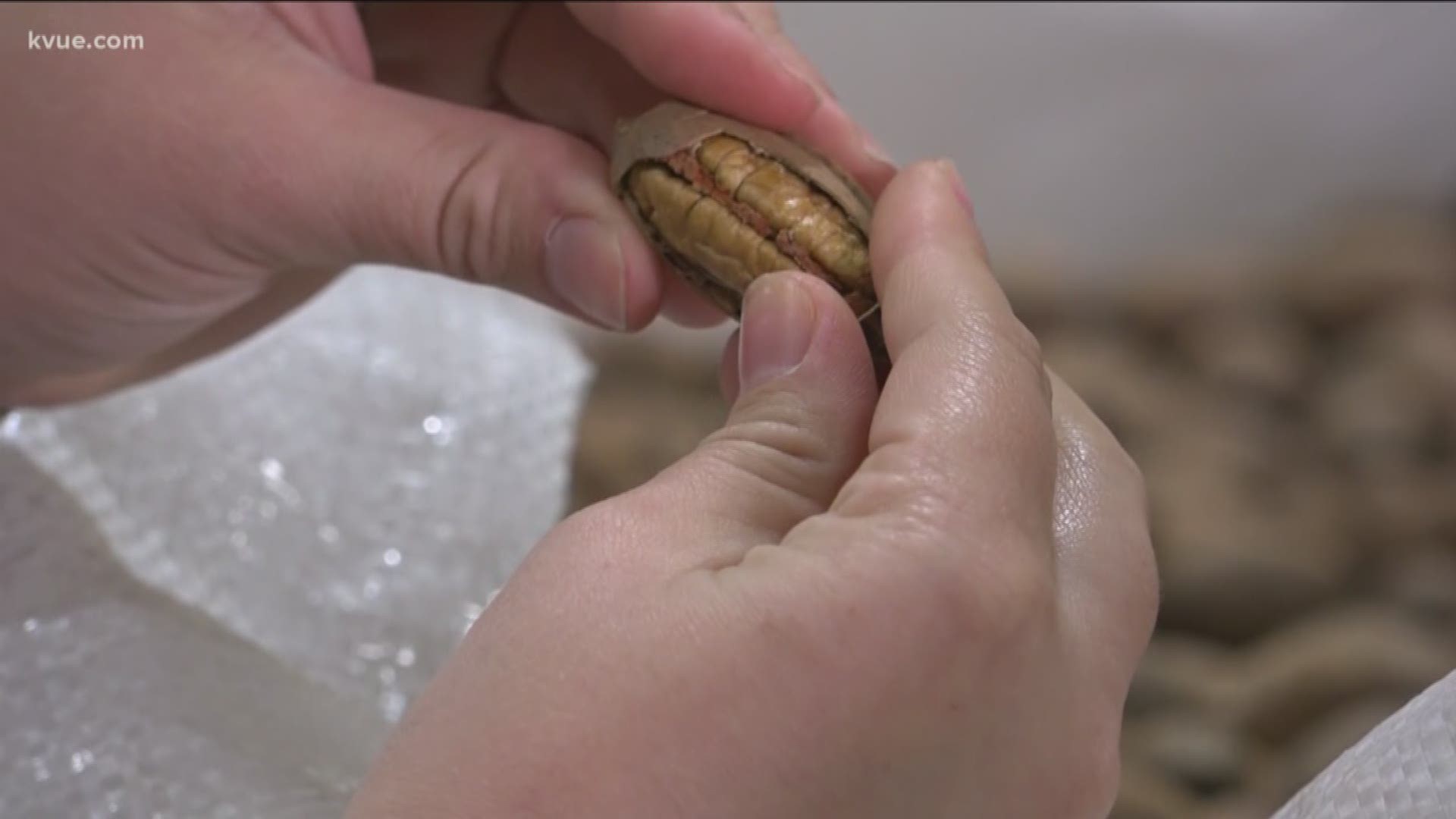 AUSTIN, Texas — Pecan growers and enthusiasts turned out at the Texas State Capitol on Tuesday morning for the 100th anniversary of the pecan tree being named the Texas State Tree.

The date also marks the first day of Texas Pecan Month, which the Texas Pecan Board used as an opportunity to release the results of a new survey.

The survey also revealed Texans’ preferred way to pronounce the much-loved nut, with 41% of respondents choosing “pih-kahn,” followed by “puh-kahn” at 34%.

However, “pee-can” was the top pronunciation choice of respondents aged 18-22. Could the state’s pronunciation see a generational shift? If the results of the survey are an indication, it certainly pee-can!

The celebration on Tuesday also included a gubernatorial proclamation and stories from Texas pecan growers.

"Texas has had a long love affair with pecans, and we aren't surprised, but of course thrilled, to see how much Texans love pecans," said Bob Whitney, executive director of the Texas Pecan Board, in a statement. "As we celebrate the 100th anniversary of our State Tree, we hope every Texan will embrace Texas Pecan Month and reconnect with what is the only truly native nut to America and indeed Texas."

While we might disagree on our pronunciation, we can all agree – Texans are nuts for pecans!