162 residents were affected for seven days by the evacuation order. 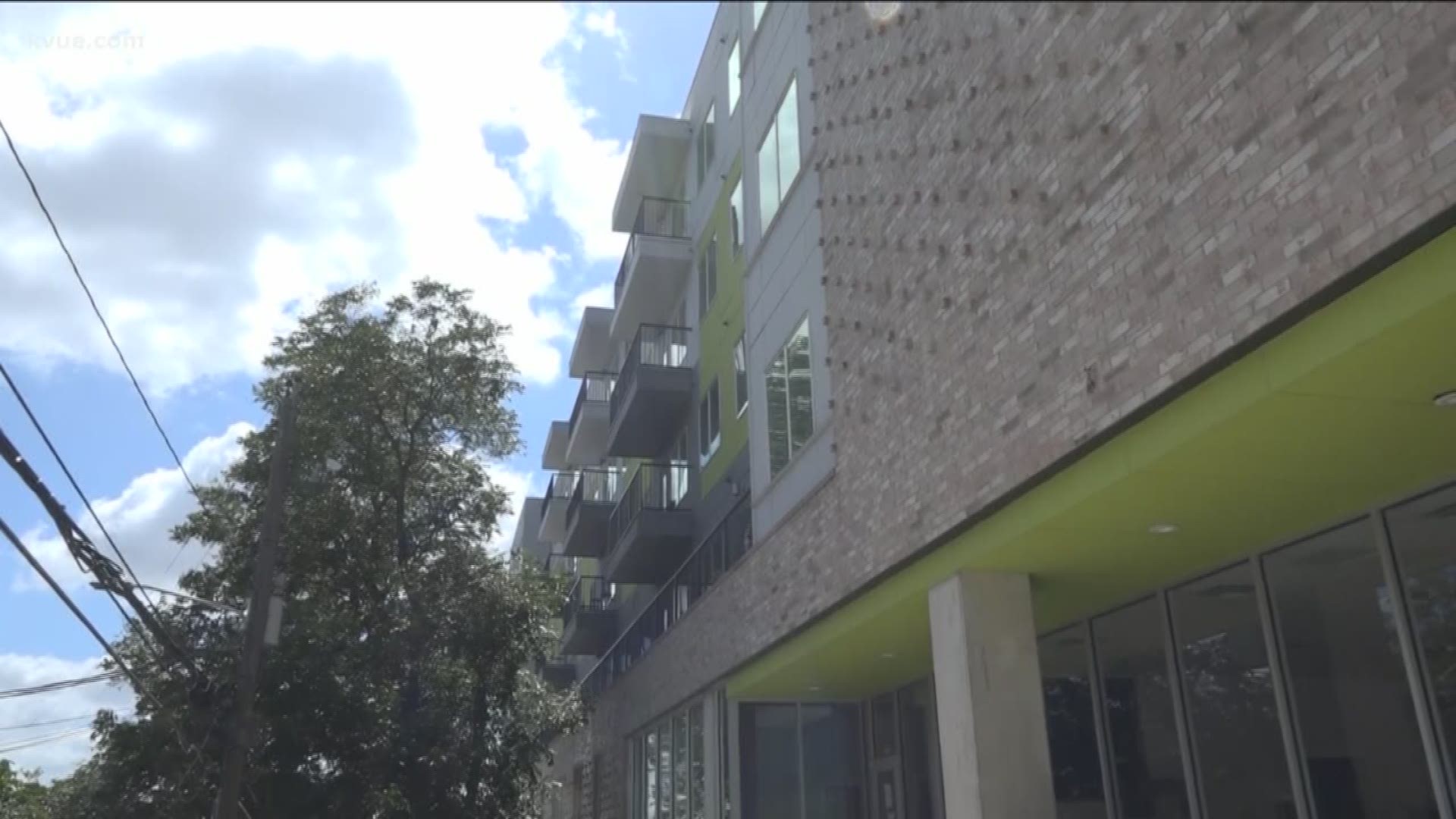 SAN MARCOS, Texas — A mandatory evacuation order for Vie Lofts, an off-campus housing complex in San Marcos, has been lifted after seven days.

As of 5:10 p.m. Friday, a temporary certificate of occupancy for a portion of the building has been issued. This allows residents to begin moving in under the coordination of Vie Lofts management.

Management said the City and an engineer, Unified Building Sciences & Engineering Inc., inspected the building on Sept. 23. This came after the evacuation was ordered on Sept. 20 because the fire marshall had concerns about one stairwell and a door frame.

Their findings were that the walls of Stairwell A on levels B2 and B3 must be demolished and reconstructed.

Full findings of the report can be found here.

"We have been working diligently with the City of San Marcos for the past week and after a meeting this afternoon, they have issued a Temporary Certificate of Occupancy for a portion of our building. They also confirmed that this is and was not any question about the structural integrity of our building. The city is allowing some residents to move home. At this time they have split floors three through six and are allowing 89 residents to move back in. The reason for this split is a concern with one of the stairwells and they are requiring that we fix this stairwell before the entire building is reopened. We are communicating with each of our residents to inform them if they are able to move in as early as tomorrow at 1 p.m. or if due to construction, they will need to be in temporary accommodations for the next 3-4 weeks. Our goal is to complete the work and get everyone moved back in sooner than 4 weeks. We also have 65 open spaces in the open side of our building and any resident not able to move back in does have the option to be roommate matched and move back in by the end of next week. Through this tough situation, we owe a big thank you to all our hotel partners who have worked with us around the clock making sure our residents have the accommodations they need. Also, thank you to GemStar Construction & Dev. for being so flexible and working hand in hand with us to get our residents back home as soon as possible.”

Upon receiving the report that the main structure was not compromised, City Fire and Building Inspection personnel advised the owners that a Life Safety Plan could be submitted to address all immediate life safety hazards. The owners have completed this.

“All immediate life safety hazards as identified by our City team have been addressed and repaired,” said Fire Marshal Kelly Kistner. “All fire safety systems have passed inspection, as well as the elevator being back in operation and having increased safety measures in place for its use. We’ve worked cooperatively with Vie Lofts ownership and appreciate their diligent efforts to provide a safe place for residents to return.”

According to the City of San Marcos, the next steps require the owners to complete an application and be issued permits to demolish and make the required repairs to the stairwell and to complete the remodel work of the clubhouse, fitness and study areas that had been started without a permit. Management will also be required to finish addressing any outstanding items that were not required to be completed prior to the temporary certificate of occupancy being issued and to provide a permanent solution for the elevator operation.

Earlier this week, Milam said in a statement:

"As communicated since this morning, we have been meeting with multiple individuals from the City of San Marcos. Independently, we also had an additional engineer on-site to inspect the building. The findings thus far have been consistent with our initial reports and inspections that there is no question about the structural integrity of the building.

The City of San Marcos fire department did express an initial concern with one stairwell (there are three stairwells in the building) and a door frame both of which need to be repaired. These two concerns do not have a direct connection/impact with the structural integrity of the building.

While we complete the repairs, the City has requested a new safety evacuation plan. The City has assured us they will provide feedback within 24 hours of receiving the plan. Our goal is to have that new plan submitted to the City by the end of the day on Wednesday and once submitted to the City, we are hopeful that we will be able to quickly facilitate returning students to their home."

On Friday, residents were encouraged to pack one bag and bring any medications they need and their pets and valuables. Staff went door-to-door to notify residents.

A total of 162 occupants were affected by the evacuation order. Apartment management encouraged those who could find lodging with friends or family to do so but they were also helping to assist residents with alternative lodging.

Residents visited the San Marcos Police Department auditorium over the weekend to visit with apartment management.

After seeing 'inferno,' man jumps off Austin apartment balcony to get to safety

For students who live at Vie Lofts, like Carson McCallister, he spent Sunday grabbing the essentials.

"I just got a couple T-shirts and a pair of shoes ... duffel bag with some more clothes and food," said McCallister. "We don't really know how long this whole ordeal is going to take."

He said he thinks the company has done a good job handling it, but what happened is still inconvenient.

“They’ve handled it quite well," said McCallister. “It’s a little bit of a bummer but its nothing that I can’t handle."

For senior Jerrica Drone, she said she was staying with a friend until she could move back in.

"It's already hectic with school going on, it's stressful throughout the week, so this kind of just adds to it," said Drone. "I hope that we find out we can move back in because me and my roommate I mean – we really enjoy our apartment ... we really don't want to have to start over like in the middle of the semester."

Sophomore Laurel Lowke said she's enjoyed living at the Vie Lofts up until this point and shed hoped a solution would be found soon.

"The place I'm at right now is, like, wishy-washy .. I don't know where I'll be next week and that's kind of stressful, like, this is in the middle of school. Me and my friends all have exams," said Lowke. "This kind of thing just doesn't happen a lot, you know? Where you're told to just grab anything you can."

"We want to reiterate that the safety of our residents at Vie Lofts at San Marcos is our number one priority. As a parent myself, I completely understand the concerns of other parents and residents and understand the inconvenience this is causing. This decision by the city on Friday took me by surprise as well, as we have passed what we thought were all the proper inspections and have approved paperwork from our engineers showing the structural integrity of our building.

At the earliest time possible on Monday (even if we have to sit on city hall steps and wait for them to open) we will have a meeting with the City of San Marcos for clarification on why this was the only possible outcome on Friday. Our goal is to understand why they expressed safety issues, fix anything they say isn't safe immediately and have all residents back into their homes as soon as possible. If this doesn’t happen in a quick turnaround we will address any lease concerns on a case by case basis.