Hughson and Becerra both spoke of their support for the LGBT+ community, and at the end of her speech, Hughson declared Sept. 7, 2019, to be the official 2019 San Marcos Pride Festival.

"We got boycotted out of a couple bars before the allowed us to stay," said Sandoval. "There was one bar in town that if you weren't 'gender appropriately' dressed they wouldn't allow you to get in."

Sandoval said that despite a history of being resisted, the LGBT+ community has been gaining more and more support from the city. 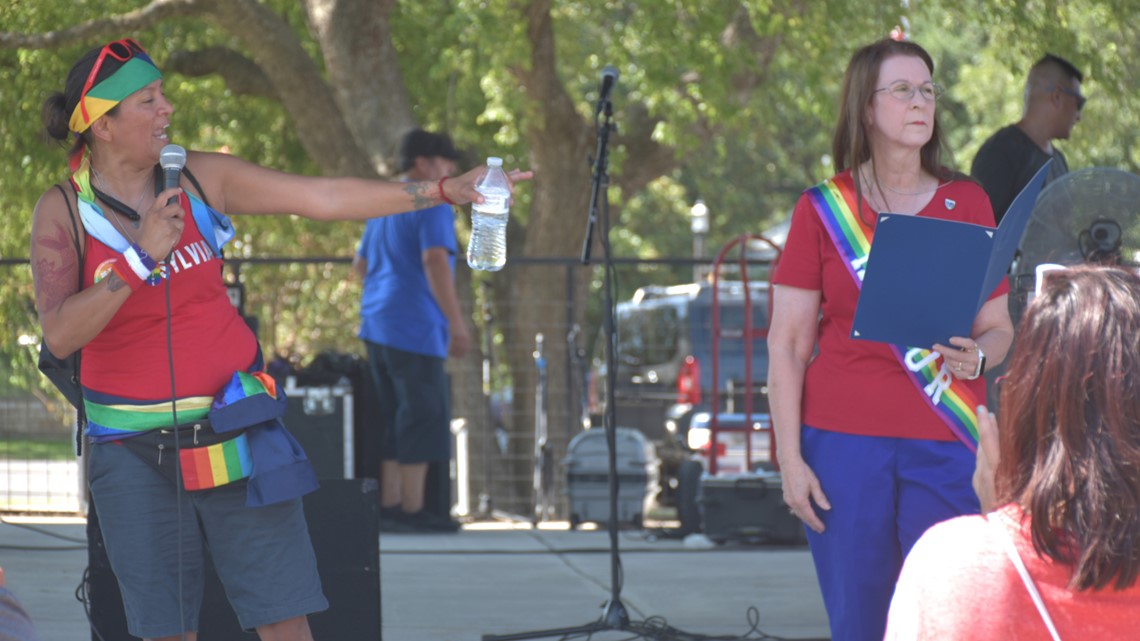 Having only operated for six years, the festival is relatively new. According to the Austin American-Statesman, Austin has had an official Pride Parade since 1990.

Pride festivals and parades typically take place in June, during LGBT Pride Month, in honor of the 1969 Stonewall Riots in New York. San Marcos Pride pushes back its events to September to ensure that the large student population of San Marcos has the opportunity to participate.

Sandoval said one of the big pushes to have the festival came six years ago when San Marcos got its first gay bar, Stonewall Warehouse.

"We had what we fought for," said Sandoval. "But it was suggested to me by one of my friends, 'We need to have a parade, at least a parade,' and then from the parade, 'We should have a festival.'"

When she first started San Marcos Pride, Sandoval said it was overwhelming but, with the support of Austin Pride and members of the San Marcos community, she was able to learn the ins and outs of planning an event like this.

The event is mostly funded by donations and fundraisers.

"About 10 percent is grants, another 30-40% is sponsors, and the rest is nothing but donations and fundraisers," said Sandoval.

Festival attendees were able to explore the various vendor booths set up around the park and watch performances from Queer Theatre Texas, The Revs, Crimes of Passion, Aurazora and Shelly Lares.

As San Marcos continues to grow, Sandoval is ready to put in more work to keep the festival running.

"I might need to get a couple more officers out here, I might need to extend the hours, but I feel like as long as if there's more growth, there are more people," said Sandoval. I don't think it's going to hurt us, we're just going to raise more money. It's more work, just a little more."