Poppy, a new coworking space off Burnet Road, allows children to play and learn while parents take care of business. 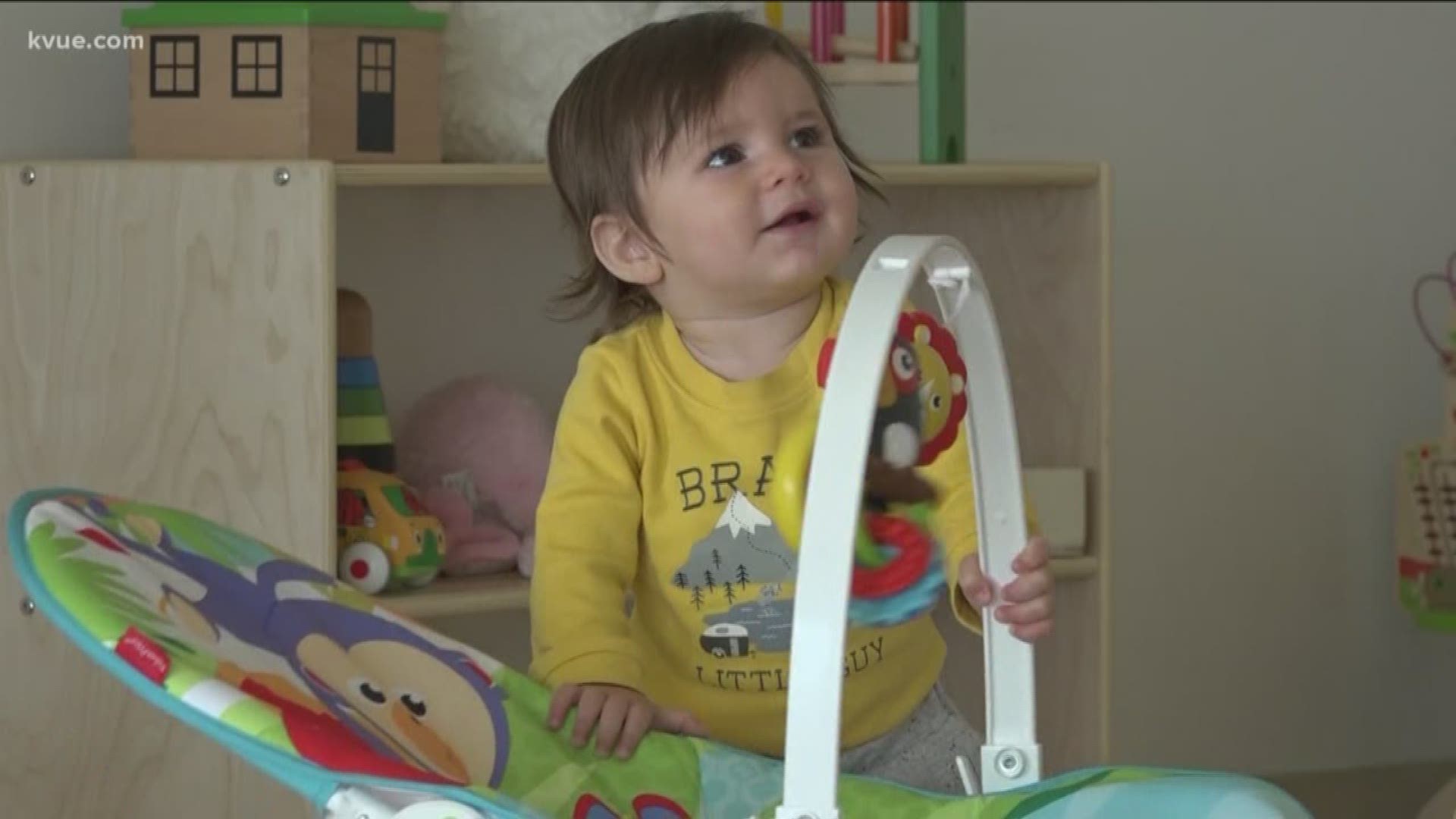 AUSTIN, Texas — As coworking spaces become more popular in Austin and across the country, a new option is available in North Austin for parents and families.

Poppy opened earlier this month off Burnet Road to help parents be more involved in their kids’ daily care.

“My husband works from home and I was an occupational therapist in-home health, and we were paying our babysitter crazy amounts of money to come into the house,” said Mandee Klenk, owner of Poppy. “There has to be a need for this for parents to be able to save money but also have a place to come as a family.”

“I feel like co-working spaces are popping up just because it gives more flexibility for those telecommuters and gets you out of the house,” Klenk said.

According to commercial real estate services firm JLL, Austin is the fourth most up-and-coming city for flexible work spaces in 2019. The firm reports the sector has grown an average of 23% every year since 2010.

Chase Nall, a father of two who has been going to Poppy since it opened, has experienced several different co-working spaces in Austin.

“I prefer co-working spaces to coffee shops or other areas just simply for the fact that they are for working, and so you can go to a place like this and it's quiet; you can put your head down, get a lot of work done, rather than feeling like you're trying to have a conversation on the phone or you're trying to focus and there's just so much going on around you,” Nall said.

Coworking in India means sharing more than just a desk

“That's kind of two birds with one stone, whereas if I were to do another co-working space plus childcare it's quite a bit more expensive,” Nall said.

The one aspect that Nall can’t put a value on is the connection he’s getting with other parents.

“The community aspect in general has been something I've really enjoyed and underestimated when I signed up,” Nall said.