Her dog, Cass, went missing April 1 in St. Augustine and made it more than 900 miles away to Indiana. Now, they're reunited. 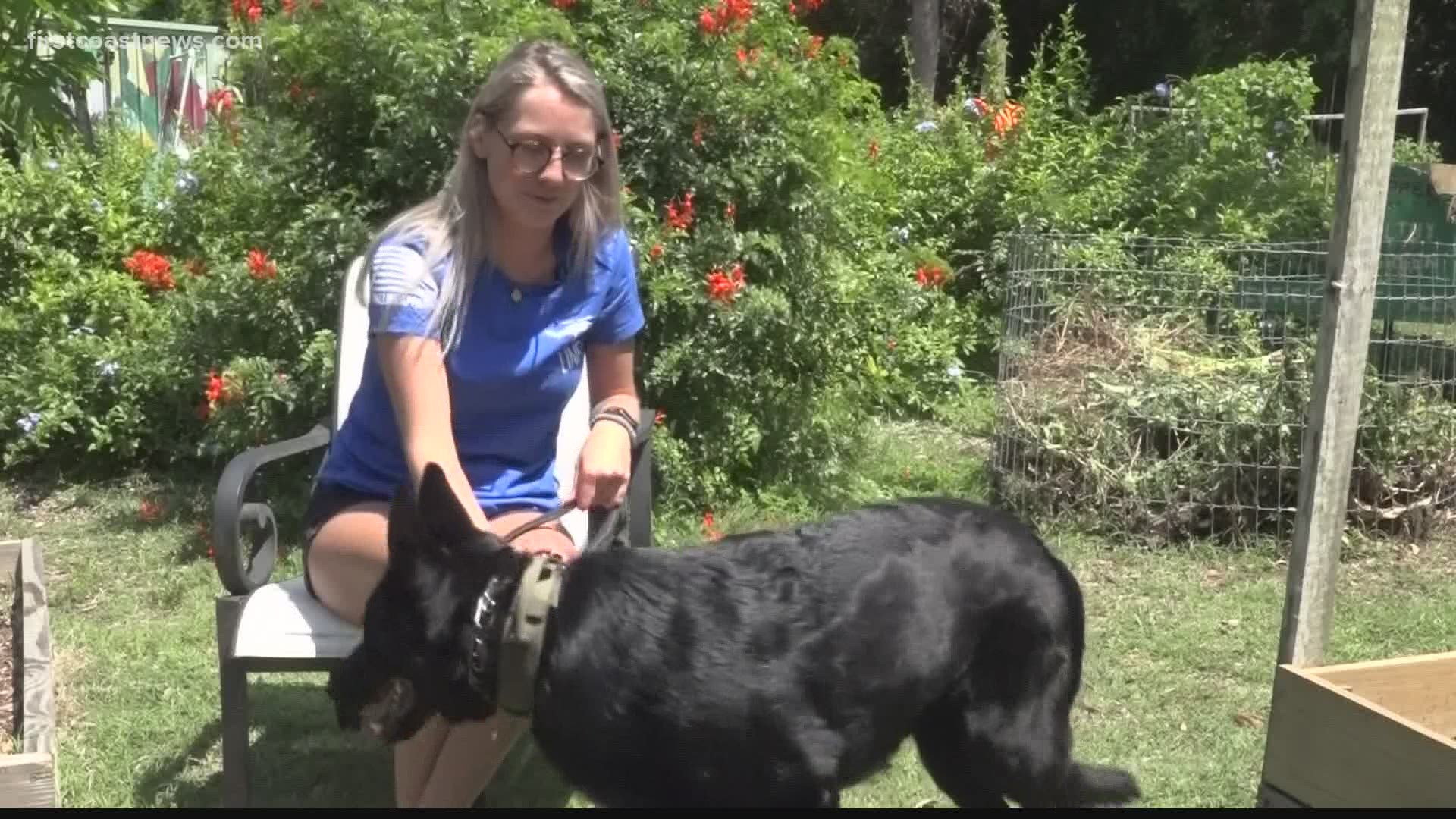 ST. AUGUSTINE BEACH, Fla. — For most people who lose a pet, reuniting with them a few blocks away or even across town seems like a miracle. But for one St. Johns County woman and her dog, Cass, the miracle reunion took place more than 900 miles from home.

Becca, a 23-year-old who lives in St. Augustine Beach, shared the story of her lost dog in a Facebook page that has grown to more than 3,500 followers. Through the power of social media, a woman reached out to her more than three weeks after Cass disappeared to say she believes a family member picked up the dog in St. Augustine Beach.

After driving more than 16 hours away to reunite with her dog, Becca shared the story of how it all unfolded on the Facebook page. She described her obsession with black German shepherds that started as a child when her dad brought one home.

"Since then -- I'll forever hold a special place in my heart for these animals," she says.

So when she moved to St. Augustine from Maryland in 2019, it was only natural she would adopt one of her own, describing Cass as "the sweetest, well trained (thanks to her previous owner) loving pup."

Cass disappeared in the early morning hours of April 1 due to a door being left open accidentally, Becca says in the Facebook page. Friends helped her search for Cass for five hours with no luck.

"The next morning and every day for 26 days I spent very few days at work and many days with little sleep and driving around St. Augustine for 10 hours a day," the post says. "In the background I had so many wonderful neighbors, friends and many strangers doing the other stuff."

That other stuff included sharing her story online, in other states' lost pet forums, calling shelters and passing out flyers. There were many possible sightings, but no Cass, as the weeks went by.

On April 2, Becca had been contacted by the manager of a Circle K who told her they had seen a family playing with Cass in the parking lot and giving her water. The manager described the family as being in a van, but surveillance footage showed the van leaving the gas station with Cass left behind. Becca says she ruled the lead out as a possibility.

Then, on April 25, a woman called and texted Becca to say she believed one of her family members had Cass in Indiana but was in the process of driving to Michigan for the day, the Facebook post says. The woman said her family member had picked up a black German shepherd over Easter weekend from St. Augustine Beach with her younger daughter.

The family initially agreed to meet Becca in Nashville, the post says, but after driving 10 hours, Becca learned the other family had a medical emergency. So Becca told the woman to be safe and drove the rest of the way to Indiana, where she was finally able to reunite with her beloved dog.

Becca and Cass will host a meet and greet party to thank everyone in the community who helped spread the word and bring her home. That is set for Tuesday, May 4, at 5 p.m., at Palm Valley Outdoors Bar & Grill in Ponte Vedra Beach.

Becca also says during her journey, she has learned there are several missing black shepherds in Florida and she plans to share their stories and advocate for their owners to be reunited with their dogs as well.

RELATED: 'I just want her back': Man pleads for safe return of emotional support dog

RELATED: Prancer the hilariously 'demonic' Chihuahua has been adopted after viral post