Dog transferred nearly 200 miles to Austin to be rescued from abuse, shelter says

After reaching out to APA, a Texas woman drove Rizzo nearly 200 miles from Robstown to Austin to deliver the furry companion to the shelter. 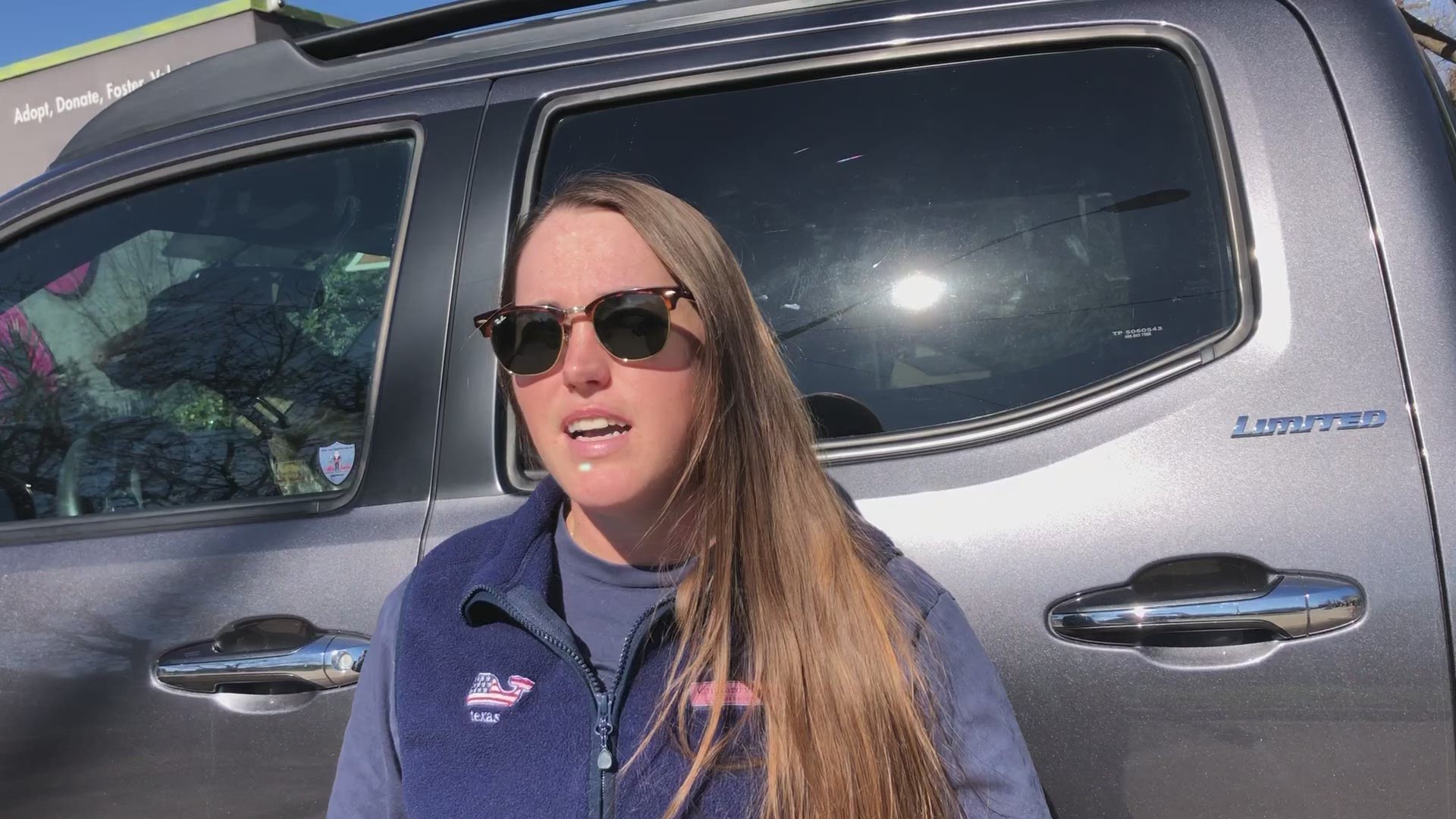 AUSTIN, Texas — After enduring months of abuse at the hands of her former owner, a dog was rescued and delivered to Austin Pets Alive! (APA) from Robstown, Texas, on Friday.

A Robstown woman, Roz, has been taking care of Rizzo, a black pit bull mix, over the past few months, according to APA.

Roz said Rizzo started showing up to her job site after workers at the site fed and helped take care of her. She said Rizzo looked emaciated and as though she had just birthed a litter when she first showed up.

On one occasion, Rizzo showed up to Roz's workplace after having been hit over the head with a two-by-four, according to APA.

APA said Rizzo's owners were allegedly arrested and left her to die, so Roz tried to find a new home for the abandoned dog.

"I have reached out to every rescue I know, but because she is a black pit mix, I can’t get anyone to help me," said Roz.

After reaching out to APA, Roz drove nearly 200 miles from Robstown to Austin to deliver the furry companion to the shelter.

If you would like to donate to help keep Austin Pets Alive! funded, you can do so through their website.

What is coronavirus? Here's what you need to know about the new strain from Wuhan, China