The child's mother is trying to stop her estranged husband from getting parental rights. 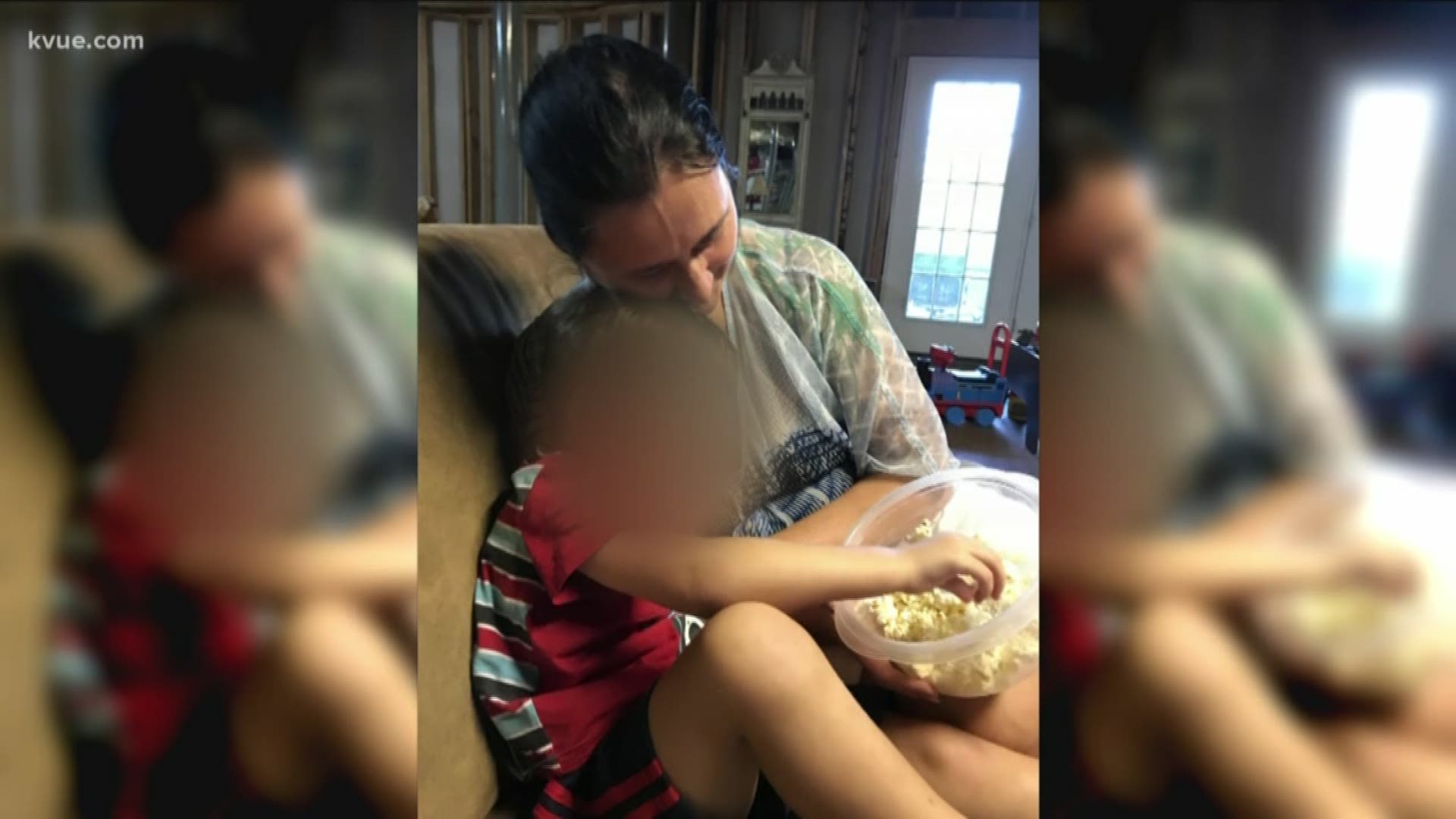 LAKEWAY, Texas — A Lakeway mother is raising awareness about her fight to maintain full custody of her 4-year-old son, a boy she used an anonymous donor to conceive.

The results of a paternity test for the man who is seeking custody of the child were released on Monday and prove he is not the father, the mother's spokesperson confirmed to KVUE. The mother said Clay Saunders knew he is not the biological father all along.

Although the results are in, the mother is still required to provide visitation rights until a judge can make a ruling at the next hearing, which has yet to be scheduled, the spokesperson said.

It's all part of a legal battle Cheri Bergeron never considered while she was undergoing IVF treatment.

"It's all been a heartache and heartache is very common for women who pursue fertility," said Bergeron.

But what's not common is Bergeron's current experience – the legal fight over her son. She's trying to stop her estranged husband from getting parental rights.

"He's never lived with him, paid child support for him; he's never changed his diaper; he's never held him as an infant; he's never gone to a doctor's appointment or school," said Bergeron.

Bergeron said that man, Clay Saunders, even filed legal documents to declare he wasn't the father in 2016. But, three years later, he changed his mind.

While Bergeron filed for divorce in 2013, she and Saunders are still technically married.

Bergeron and Saunders married in 2004 but split in 2012. Before they did, the couple conceived a daughter together through IVF. She is now seven years old.

Jimmy Evans is Bergeron's attorney. He said his client's case is complicated.

"No matter how long they've been separated, if they are technically married and a child is born during that marriage, regardless of natural, IVF-assisted reproduction or whatever, the husband is presumed to be the child's father," said Evans.

That means that, under Texas law, Saunders is presumed to be the father even if he isn't. The only way to prove he isn't the biological father is for him to take a DNA test.

Evans said Texas law needs to catch up with the times.

Obergefell vs. Hodges is the civil rights case where the U.S. Supreme Court ruled the fundamental right to marry is guaranteed to same-sex couples.

"The Legislature ought to give the courts another option to go ahead and not adjudicate the presumed father perhaps so that their hands aren't tied, and certainly the statutes need to be written around the idea that you may have a single mother. The Legislature should not be forcing a father-mother kind of situation on kids like that. There are plenty of other diverse kinds of family circumstances," said Evans.

For the first time in Texas, two women have carried the same baby

A Travis County judge ordered Saunders to take a DNA test earlier this month, which he must complete by 5 p.m. on Monday, Dec. 23.

According to Jason Meeker, a spokesperson for Bergeron, a hearing scheduled by her attorneys for Friday, Dec. 20, would have determined whether or not she would have to allow Saunders to have "possession and access" with her son until the DNA test results came back. However, Saunders' attorneys filed for a continuance and the hearing was canceled.

Meeker said that although Saunders reportedly testified that he knows that he is not the father, this still means the court is requiring Bergeron to allow Saunders custody of the child on Christmas Eve, Christmas Day and New Year's Day. Court-ordered visitation is expected to continue until a near hearing can be scheduled next month.

Bergeron is confident about the results, but she wants to warn other women who might find themselves in a similar situation.

"If I created life with an anonymous sperm donor, I should be mother and father. But the courts want to fill this father box, daddy box, even when it doesn't make sense, and I don't think it's fair to women, especially in today's diverse family models," said Bergeron.

Bergeron has also started a petition in hopes of garnering support for her fight.

KVUE reached out to Saunders' attorneys twice for a comment and have not heard back.