This was the most awards KVUE has won in recent history and was the most won of any station in Austin this year. 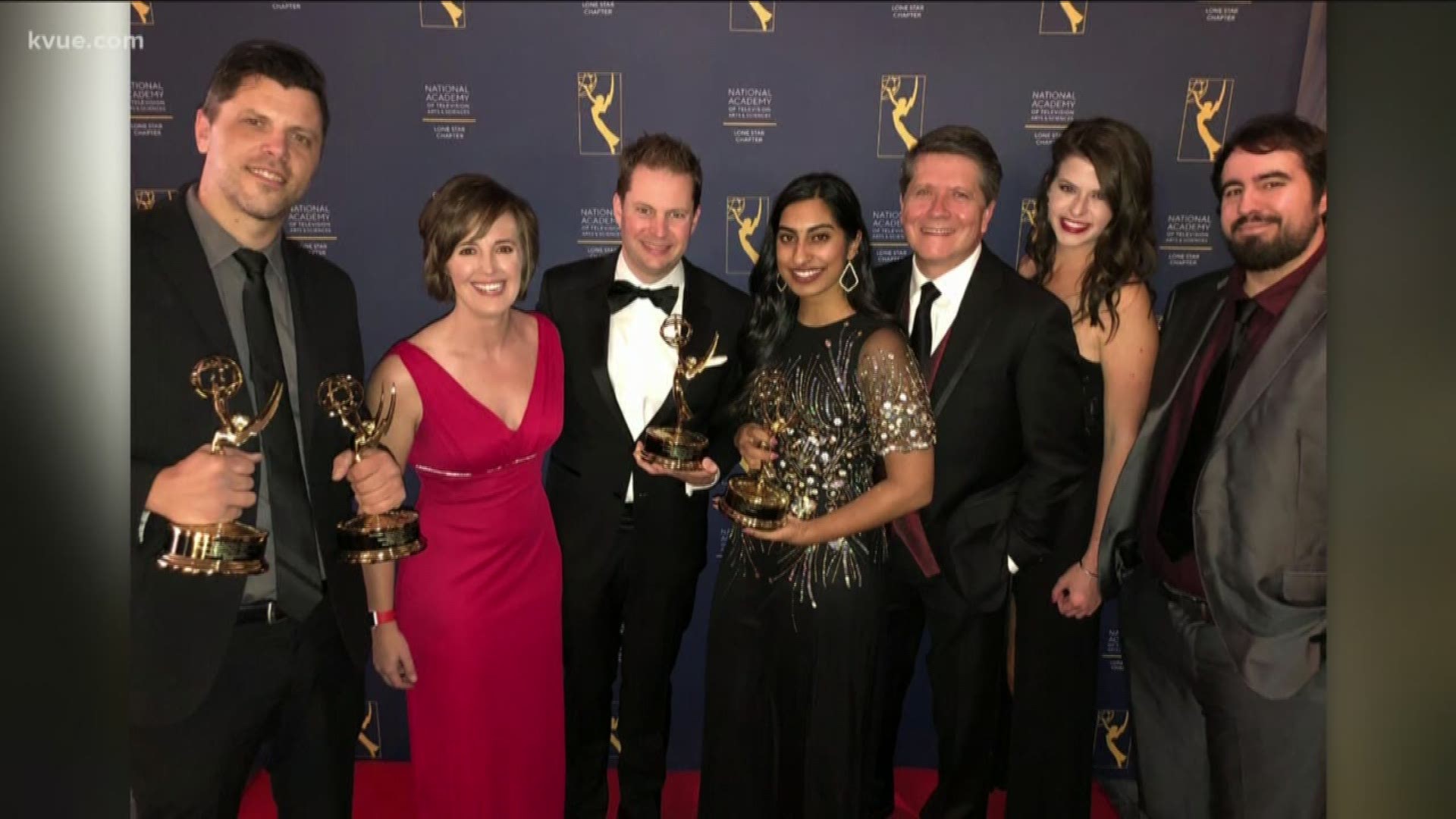 AUSTIN, Texas — KVUE is honored to announce that our team picked up five Lone Star Emmy Awards on Saturday night after being nominated for the most awards in the Austin market.

This was the most awards KVUE has won in recent history and was the most won of any station in Austin this year.

For the "Continuing Coverage - No Time Limit" category, anchor Terri Gruca, Executive Producer of Investigations and News Projects Joe Ellis, Chief Photographer Brian Bell and now-former photographer Konner Barrick won for the KVUE Defenders' ongoing "Medical Device Dangers" series. The series continues to shine a light on the dangers of medical devices, as well as hidden FDA reports, doctor payouts and more. A Texas congressman even decided to sponsor a bill addressing the lack of FDA regulation on these devices after watching the Defenders' original report.

'Just a matter of when' | Lago Vista, Jonestown communities coming together in wake of floods

For "Community Service," KVUE's Director of Marketing and Digital Colleen Hartman won for the "Vote Texas" campaign, encouraging Central Texas residents to get out to the polls, the importance of voting and an online voting guide. From mid-August through Election Day 2018, KVUE aired 23 different “Vote Texas” promotional messages that ran 790 times, donating over $375,000 in airtime – a total of three full hours! Travis County saw a record turn out in 2018, and KVUE intends to continue Vote Texas efforts during the 2020 campaign cycle. 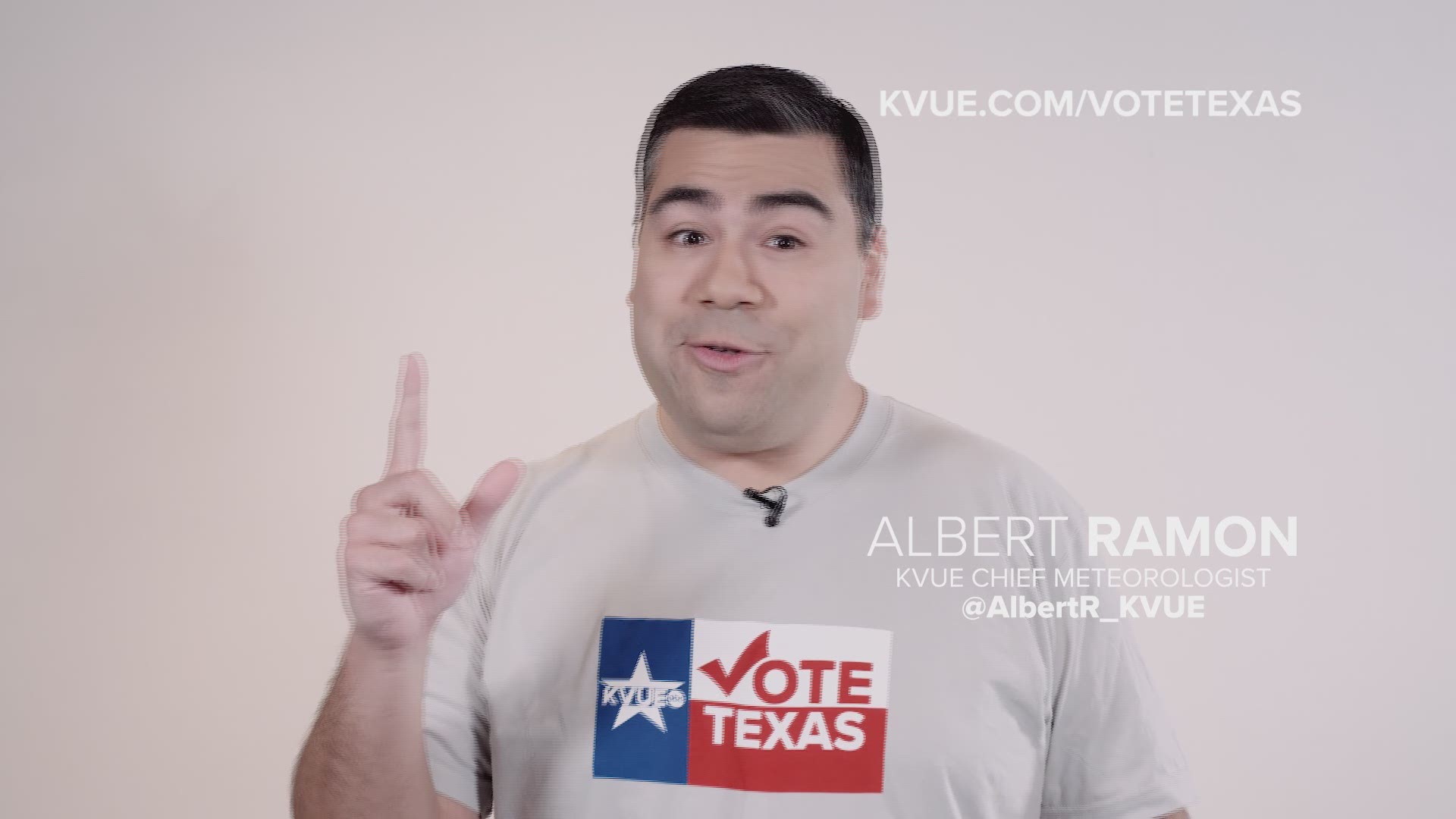 "'Vote Texas' was – and is – a full-station effort representing the KVUE brand as a dedicated community partner. We don't just work here. We want to 'Make Austin Better,' and to do that, our community needs to make their voice heard with voting," said KVUE Digital and Marketing Director Colleen Hartman. "I accept this award for political anchor/reporter Ashley Goudeau and the entire team that made this happen."

Members of the KVUE marketing team, including Hana Adeni, won in the "Historic/Cultural - Program Feature / Segment" category for "Texas Chili Queens," a piece on Ed Hambleton and his alter ego, Edie, serving up Texas chili in a uniquely Austin way.

And KVUE Senior Reporter Tony Plohetski and Bell won in the "General Assignments Report - No Time Limit" category for their piece, "A Trespasser with a Badge," about how the case involving a Caldwell County sheriff's deputy shot in the line of duty crumbled and charges against the shooters were dropped after an investigation revealed the deputy made a number of missteps.

RELATED: Deputy made missteps before he was shot, district attorney says

"I'm proud of the KVUE team for winning these Emmys that reflect the hard work of our entire staff on behalf of Central Texas viewers. Awards reflect journalism that stands out. In the end, the most important thing is producing content that helps our audience understand their community," said KVUE News Director Tim Ryan. "Our number one goal at KVUE is to make Austin better. We're gratified that awards like these Emmys recognize those efforts."

Tim Ryan
So proud of our KVUE team tonight that won five Emmys, including best evening newscast and community service. Happy to share this with this group of amazing people. Go KVUE!