Van Ness has been living in Austin for several months since production halted on season six of "Queer Eye." 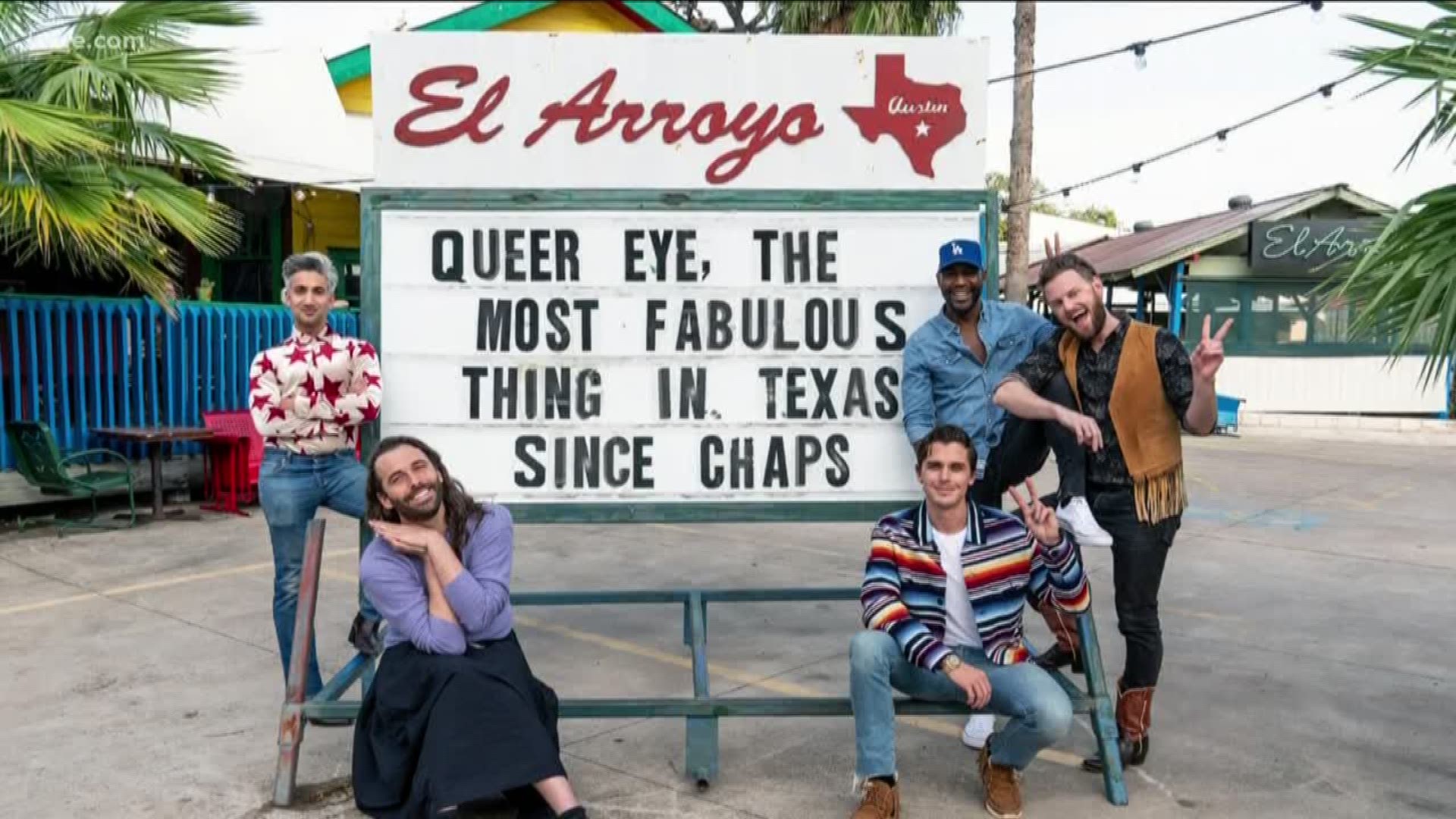 AUSTIN, Texas — Editor's note: The above video was published in March when Netflix announced 'Queer Eye' would be casting in the Austin area.

Can you believe? One Austin pup's life just got a lot more fabulous.

Congratulations to our newest celebrity adopter @jvn! Pablo’s life is about to get so much more fabulous. pic.twitter.com/oPmskom7Qk

Earlier this year, Netflix announced that "Queer Eye" was casting in the Austin area and that the show's sixth season would be shot here. But production was shut down in March due to COVID-19.

CultureMap confirmed Saturday that the casting process has now resumed.

According to CultureMap, Berk was only in Austin for about a week and a half and Porowski has since returned to New York City after an extended stay, taking Neon with him.

Van Ness has remained in the Capital City, though on Sunday he said via his Instagram stories that he and his cats have taken "a road trip from the quarantine-casa, but Texas will be in our future again." He also posted about his adoption of Pablo, calling him "the final member of my animal Fab 5" and confirming that he is named after Pablo Picasso.

In addition to his role on "Queer Eye," Van Ness is also an author and the host of the "Getting Curious with JVN" podcast.