As in years past, the young winners of the parks department's annual art contest will get to flip the switch and turn the lights on. 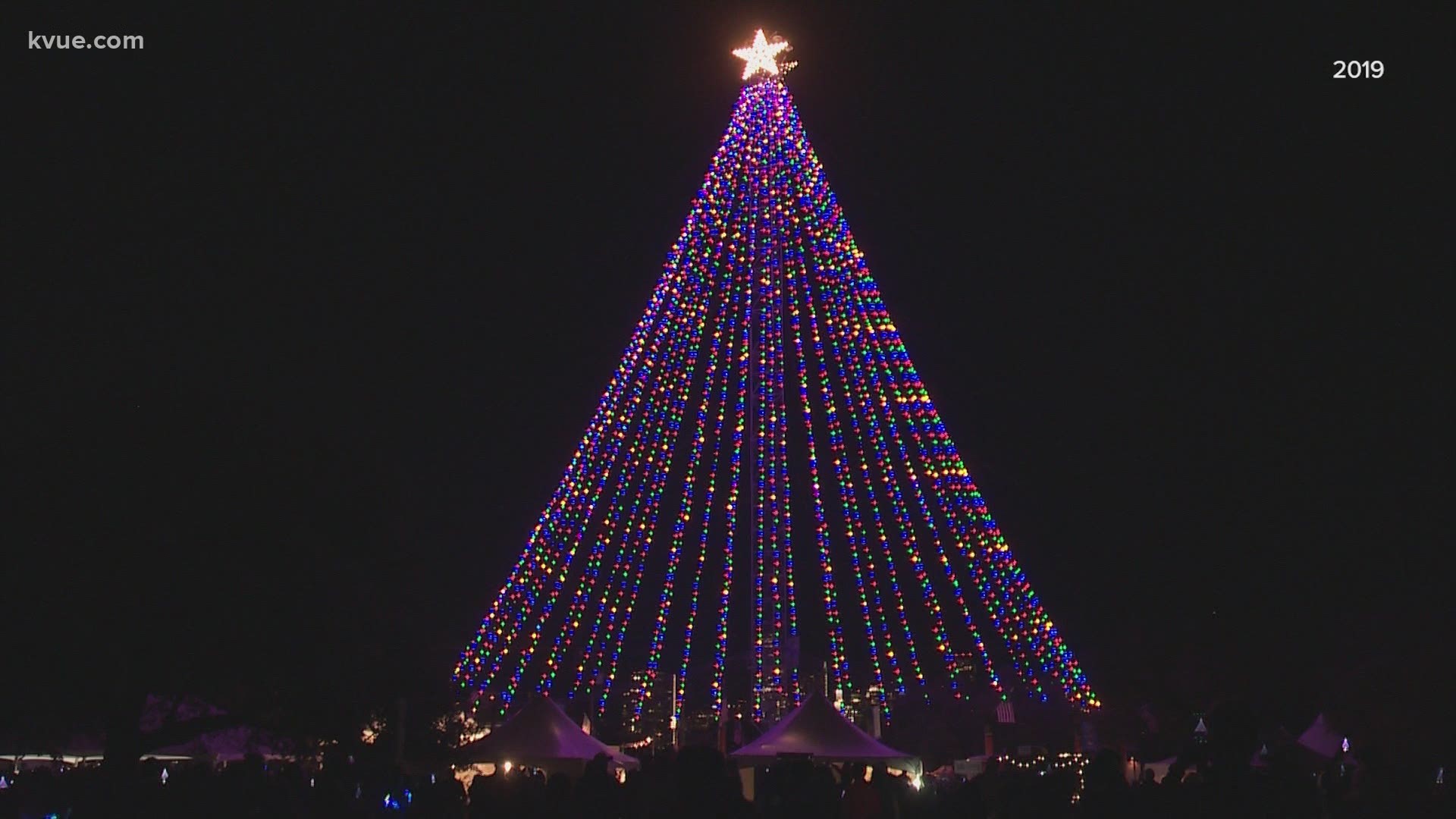 AUSTIN, Texas — Like so many other events in 2020, the 54th annual Zilker Holiday Tree lighting ceremony is going virtual.

Often considered by some in Austin as the official kick-off of the holiday season, the ceremony is taking place online for the first time ever on Sunday, Nov. 29, at 6 p.m. It'll be streamed on ATXN Channel 6 and several City of Austin pages.

The winners of the Parks and Recreation Department's annual art contest will help flip the switch and turn the lights on.

This year, the 39 string lights on the 155-foot-tall tree will only contain LED bulbs, for a total of 3,159 red, yellow, green and blue bulbs.

If you're new to Austin, the Zilker Holiday Tree isn't actually a tree. It's one of the original 31 moonlight towers in the city that helped provide Austin with its first urban lighting system in 1895. Now, only 17 moonlight towers remain in Austin, the only working ones in the world, according to the city.

Austin Energy crews will string lights to transform the tower into the Zilker Holiday Tree on Oct. 23.