The spooky history of Halloween in Texas

Texas has a lot of eerie stories and folklore that are sure to give you chills this Halloween. 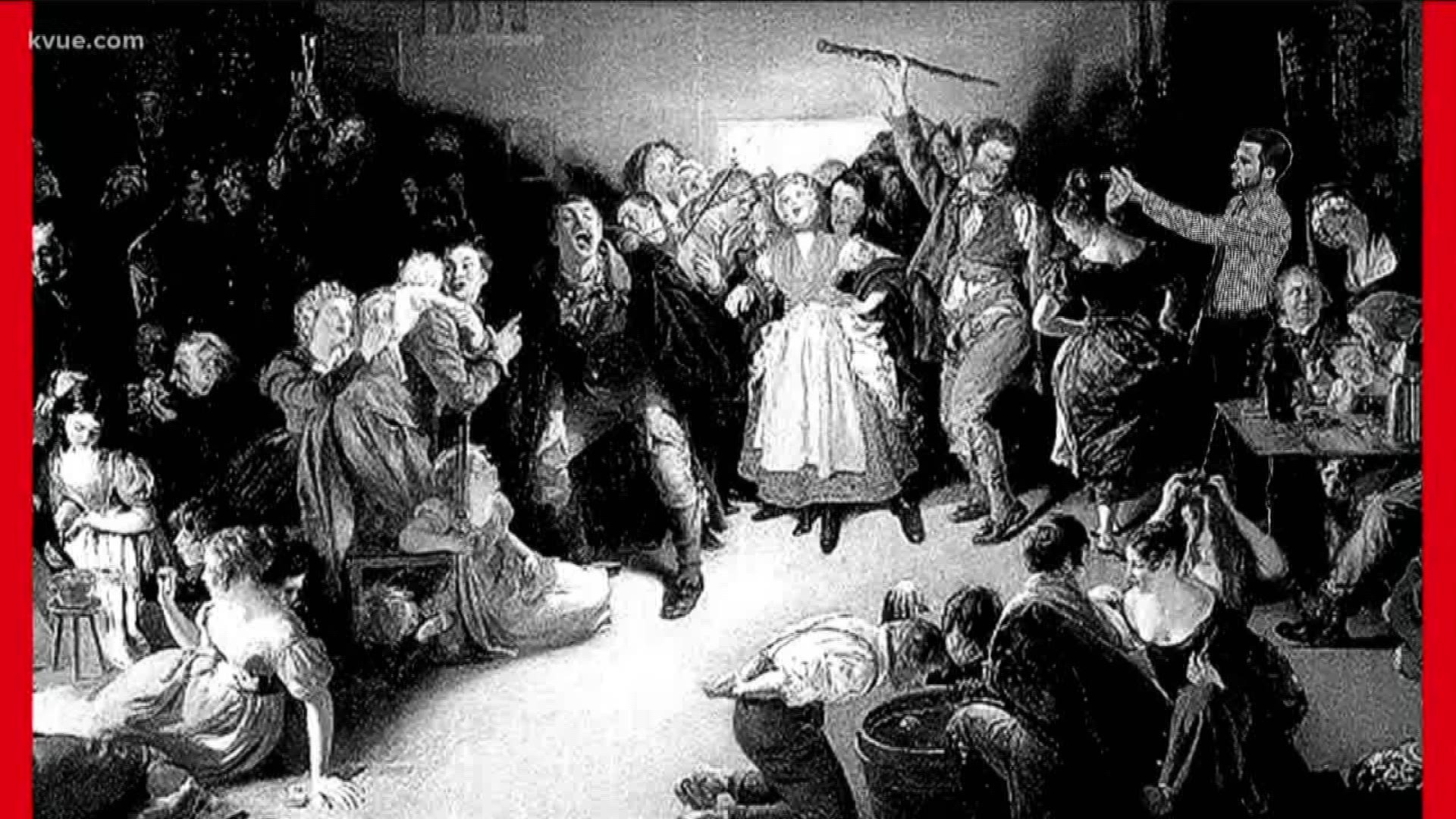 AUSTIN — One of the many ways people celebrate Halloween is through the telling and sharing of scary stories. Whether sitting around a campfire, in your living room or under a warm blanket, October 31 is a day many will get spooked. It's something that has is well understood by many Texans.

Halloween dates back almost 2000 years ago, in the area now known as Ireland. There was an ancient festival called "Samhain": a holiday marking the end of harvest season and the beginning of winter. On the night known as "All Hallow's Eve," farmers believed spirits could rise from their graves. Some people even used disguises to try and get rid of the spirits.

Halloween forecast could be spookier with storms

As America saw an influx of Scottish and Irish immigrants in America in the 17th, 18th and 19th centuries, their traditions came along with them, including what we now call Halloween. As often happens with other parts of the world's culture, we started putting our own twists on this holiday. At the turn of the 20th century, many in America started making Halloween a community-centered holiday and introducing trick-or-treating as an inexpensive and easy way for people to celebrate.

While Texas isn't as old as many of the Halloween traditions in America today, some of our traditions and lore still do date back more than 100 hundred years.

Out in West Texas, for more than a century, many have spoken of glowing lights in the sky people say they can spot late at night on US-90 between Alpine and Marfa. In 2003, The city of Marfa even worked with The Texas Department of Transportation (TxDOT) to create the Marfa Mystery Lights Viewing Center. This site has an open area that includes binoculars to help people look for the lights. Texas author James Bunnell has shown an interest in these stories and wrote Strange Lights in West Texas, Hunting Marfa Lights and Seeing Marfa Lights: A Viewer's Guide.

In Fort Worth, there is the 1960s tale of the Goatman of Lake Worth. People described him as half-man and half-goat. This all started when a crowd of people at Lake Worth in July of 1969 say they saw a seven-foot, 350-pound creature. People described him as hairy, horned and covered in scales. The beast was seen running across a cliff and tossing a pickup truck tire over the edge.

This legend created so much buzz in the Dallas-Fort Worth area that a journalist in the Star-Telegram put together a story on the uproar, which KVUE-affiliate WFAA followed up with a report the very next day.

This myth eventually inspired a play and even a short book. Benbrook's Sallie Ann Clarke wrote, "The Lake Worth Monster of Greet Island, Fort Worth, Texas," which has parts included in the Tarrant County Historical Journal website.

Austin is made up of many scary stories connected to haunted buildings, including Littlefield Home on the University of Texas campus, Austin's Inn at Pearl Street and The Driskel Hotel in downtown Austin. One, in particular, revolves around the historic home, "The Johnson House," built in 1858 by Charles Johnson. His family ended up living there for generations. Now in 2018, this is a building open to the public and used by the American Legion, acting as a non-profit rental facility helping out veterans.

Some who work here say some of the family members have never truly left their home. There are a handful of staff members who have mentioned it can feel like you're not alone at certain times or in certain rooms of the house.