Survey shows 77% of people return at least one Christmas present

In a recent survey, 77% of people said they will return at least one present while 20% said they'd return half. 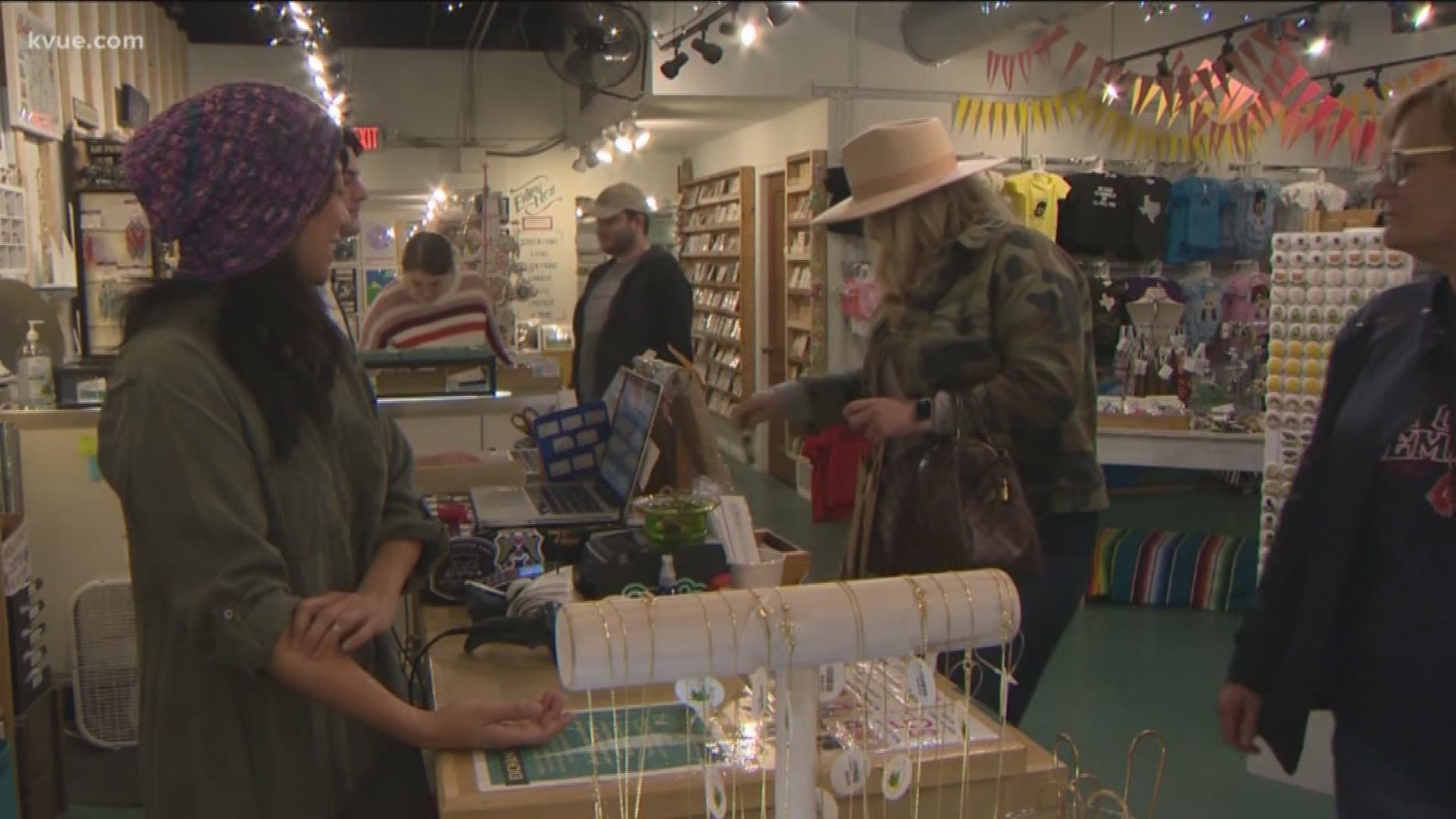 AUSTIN, Texas — If you were a little disappointed with what you found under your tree, you're not the only one. Lots of people are heading back to the store, creating a post-holiday return rush.

A lot of the employees at stores on South Congress Avenue said that this time of year it's just a fact. They're going to get returns or, in the case of the store where our crew spent most of their time today, a lot of exchanges.

Because the day after Christmas, on South Congress it can be a busy one for stores taking returns and exchanges, like Parts and Labour.

"Typically so, I would say it's usually the busiest time," said Sydney Simpson, an employee. "Everything is locally made ... if it's not made here in Texas, it's still from Texas-based artists."

While they don't take any returns, they have an exchange policy. Most of the time that's used for changing T-shirt sizes or picking another shirt, said Simpson.

It's not too late to get a great holiday gift, and you don't even have to leave your house

But a survey that was done by Savanta, a market research company, shows 77% of us plan to return a gift that we received.

"77 is a large number – that's really interesting. That's an interesting fact," said Simpson. "A lot of well-meaning folks get one thing for somebody's preference, and then somebody goes, 'They were close, but not quite on the track I was looking for.'"

All of that keeps them busy as people make sure they get the gifts they want.

That survey also asked people how many gifts they thought they were going to return. Twenty percent of people said half of their gifts were heading right back to the store.