More than a three-day weekend: A message from Gold Star families on Memorial Day

Gold Star families are those who have lost loved ones while serving. 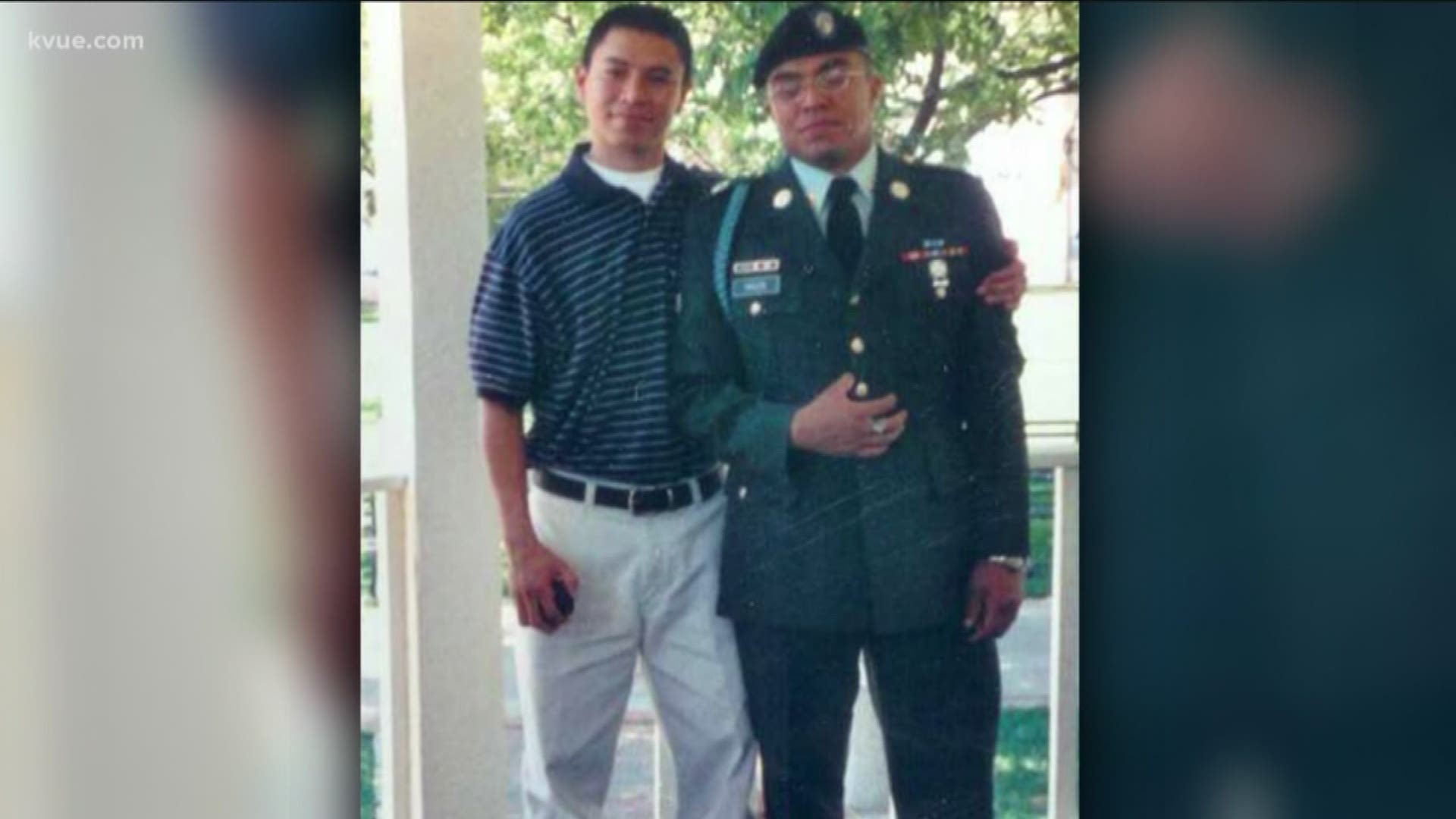 AUSTIN, Texas — For many adults, it may mean a three-day weekend out on the lake or grilling out. For students, it's a sign that summer break is finally here. However, for Gold Star families, Memorial Day carries a far deeper meaning.

Memorial Day is meant to honor those who have made the ultimate sacrifice for their country. Gold Star families are those who have lost loved ones while serving.

Monica Velez is a local Gold Star sister. She and her two younger brothers grew up in Lubbock, Texas. As the boys got into high school, they traded the cotton fields and open skies of West Texas to serve overseas.

"My first brother Jose felt like it was the best option for him and he really wanted to serve and be part of his community and to give back, and then, of course, Andrew following in his brother's footsteps," Velez said. "They were a year apart so they were close as thieves and wanted to serve."

She lost her first brother, Cpl. Jose Velez in Iraq in 2004, and two years later she lost her second brother, Specialist Andrew Velez.

"It's the little moments that we take for granted every day," Velez explained. "TIt's not a long extended weekend, it's not about barbecues and food and hanging out. It's about somebody like myself. It's about families. There are millions of families in our country now that have sacrificed for our freedom."

Velez says she misses her brothers every day, but instead of dwelling on the past, she pushes ahead. Velez is the leader of the local chapter of the Travis Manion Foundation and helps others get involved in community service projects that honor fallen heroes.

"It's important to me because this is exactly how I want to honor my family, with service," Velez said.

"He had just graduated high school in May. He left to the service and he did his 19th birthday in Iraq," Valdez said. "It makes me proud of course, but it makes me proud that he did his best at this. Sometimes I think this should have been the one time he shouldn't have done good, but he did."

The Gold Star families are just one of several in Central Texas. Both Velez and Valdez agreed that spending the extra day to be with family is always important, but share a special message this Memorial Day to remind others of what it's really all about.

"We are here because of what everybody has done. My son, everybody that's lost their lives," Valdez said. "We're here to enjoy the weekend, of course, but give thanks that we do live free."

"Just remembering them, honoring them. Teach your kids," said Velez. "Find a story, share their story, say their names."

Every Memorial Day, there is the National Moment of Remembrance, which asks that Americans, wherever they are at 3 p.m. to pause for a moment of silence in honor of those who have died while in service.