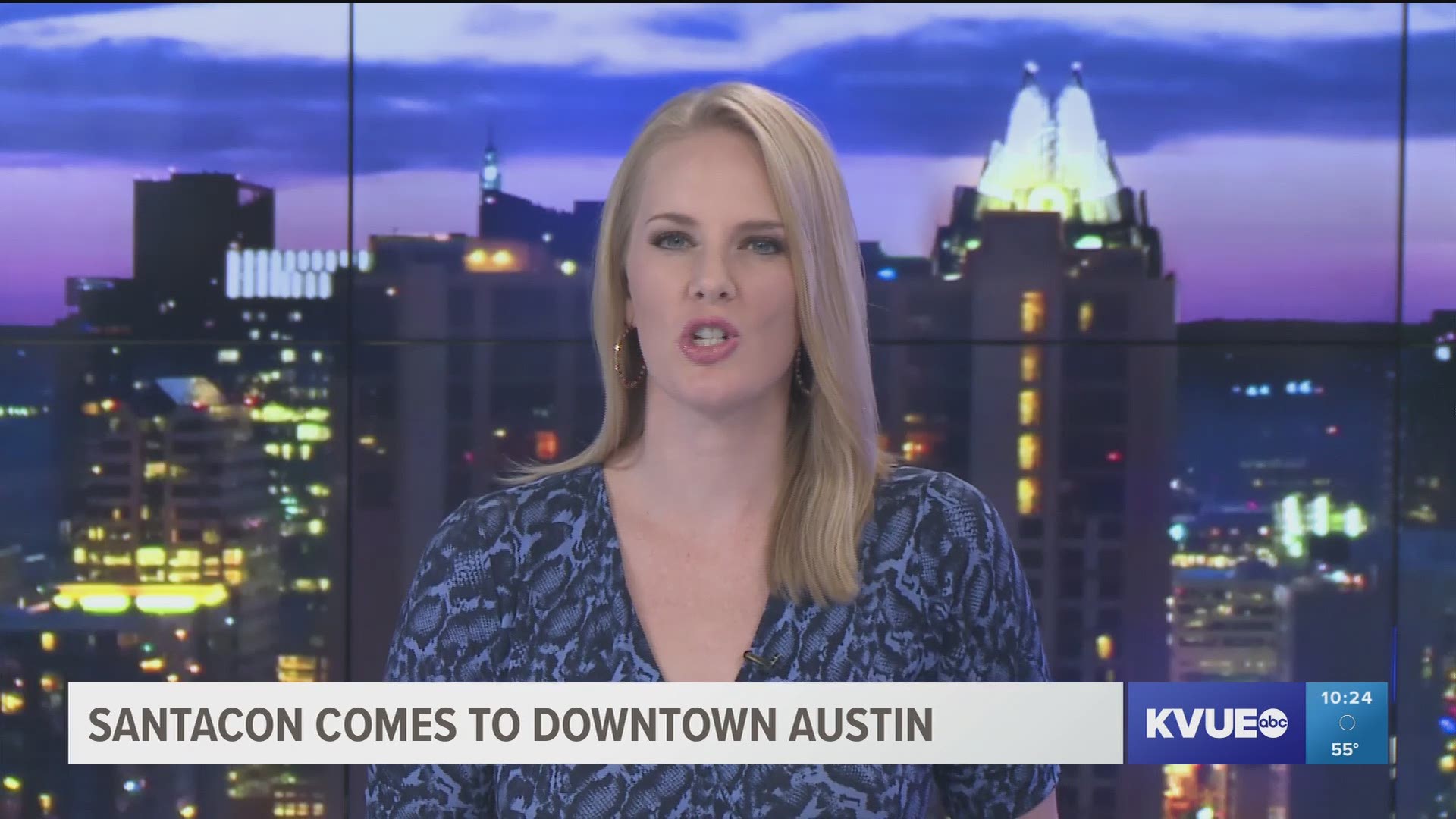 AUSTIN, Texas — Hundreds, if not nearly a thousand people, dressed as Santa and or in otherwise festive clothing swarmed downtown Austin's Rainey Street on Saturday afternoon.

According to the vice president of communications for BBBS, their $30,000 goal for Saturday's bar crawl would help match 25 kids with adult mentors.

Lindfors added the number of Santa-dressed people has continued to double every year.

For Olivia Baker, a BBBS volunteer and former Big Sister, using a SantaCon as a fundraiser is a little off the wall – in a good way.

“I love that they are having such fun with it and doing something that’s a little bit different than, you know, a gala or an online fundraiser or something like that," Baker said.

Ironically, the SantaCon is the smallest fundraiser of the year. The biggest is the Ice Ball Gala in August that has been emcee'd by KVUE's Quita Culpepper the past two years.

As we reported in November, BBBS is facing a shortage of male mentors for boys. With 500 kids on the waiting list to be matched, about 450 of them are boys.

“Because of the nature of the event, it’s a great way to attract a slightly younger crowd and get them exposed to our mission and what we do," Lindfors said.

Baker has kept in contact with her "little sister" for the past 10 years – four of them as a formal big sister.

“We hung out every single week for four years during my college experience and she’s honestly become part of my family," Baker said. "She feels like my daughter a little bit.”

Stefan Sinclair shared similar sentiments about his "little brother," who has since graduated high school and is considering entering the Austin Police Academy.

“His family kind of adopted mine in a lot of ways, you know we’ve shared holidays together," Sinclair said of his eight-year match relationship.

BBBS won't know the full funding amount for a couple of days, but Lindfors said she's excited to see the event continuing to grow in popularity – which will result in higher fundraising numbers for the organization.

“We had noticed [SantaCon events] happen in other parts of the country, but they weren’t really happening here," Lindfors said. "Knowing the vibe of Austin, we felt like Austin was the perfect place to bring this kind of event.”

The fundraiser brings money to BBBS through partnerships with businesses, sponsorships and drink deal ticket sales to bar patrons.

If you would like to learn more about Big Brothers, Big Sisters of Central Texas, sign up to be a Big Brother or Big Sister or donate, you can do so on the organization's website.

HOA sues retired Texas City couple for up to $100,000 for flower beds that don’t meet guidelines