The babies got a visit from Santa and Mrs. Claus! 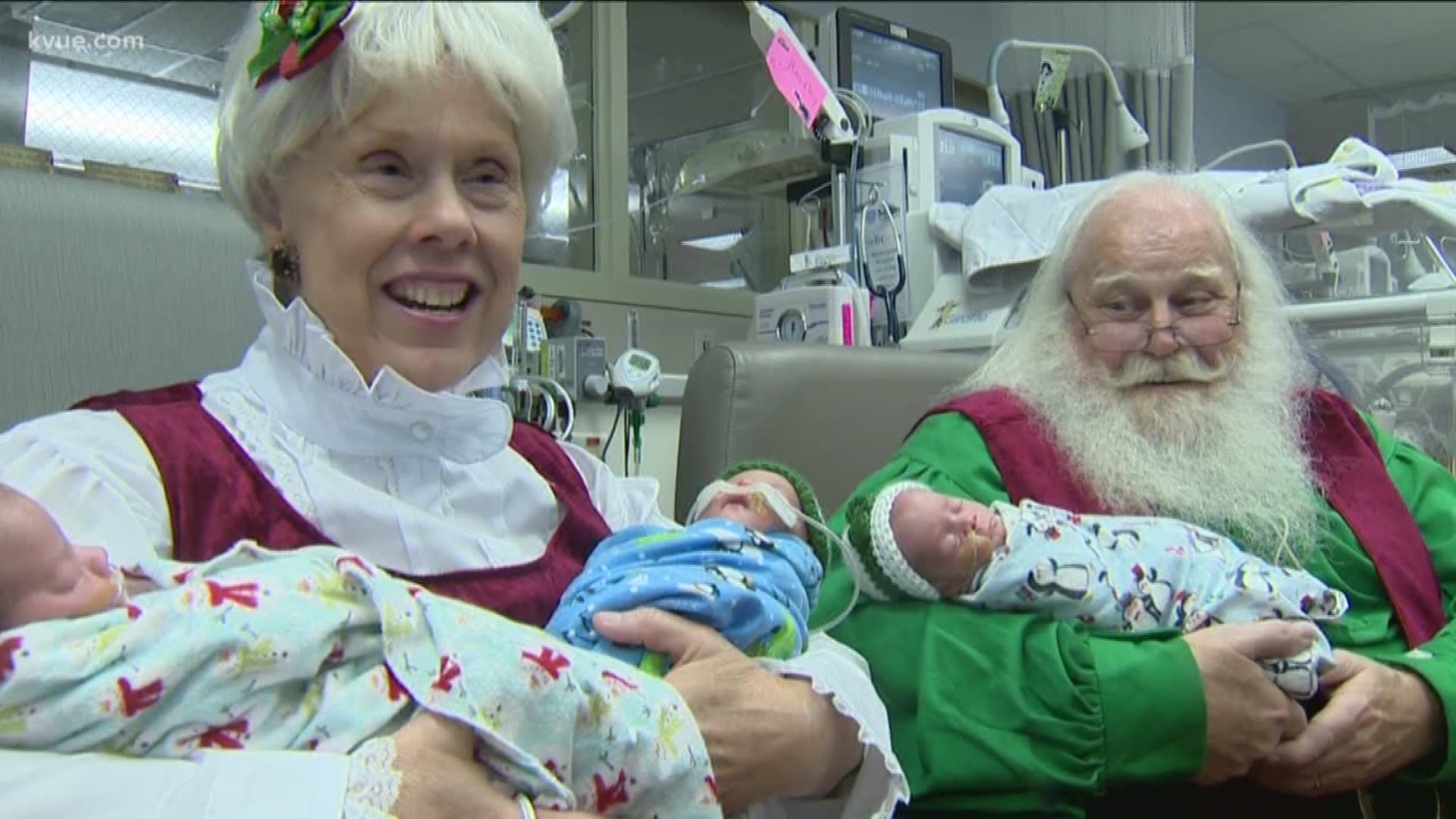 AUSTIN, Texas — While many people will head home for the holidays, not all will have that opportunity – including babies in the NICU.

Staff at Ascension Seton decided to bring a little Christmas cheer to the babies and their families ahead of the holidays.

"This is one of my favorite events of the year," said Christina Martinez, the department supervisor. "We prepare all year long. We have Santa's hotline, and we call Santa to make arrangements."

Santa and Mrs. Claus showed up to see the babies and take pictures.

"I get so much of a warm feeling seeing the joy on their faces and knowing that I had one little small piece in a difficult time for them," Santa Claus said.

Santa visited with each of the families before sitting down with the babies and taking a few pictures.

KVUE Review: 'A Christmas Prince: The Royal Baby' on Netflix

"I think it’s wonderful that they do this for the families," said Todd Kelly, whose daughter is currently in the NICU. "I mean, obviously all of our emotions and our sentiment are just around her and getting her home. For us, it’s really we’re one day closer to getting her home. But it was a special day, and we’re looking forward to the pictures."

Kelly said his daughter was admitted after she was born, when doctors found an infection.

Kelly said his daughter is expected to go home next week.

"She was born just before Thanksgiving, so she’s a lot to be thankful for," Kelly said. "And she’s all the Christmas gift we could ever want."