How and where to pop fireworks safely in Central Texas

Several counties allow the use of fireworks in unincorporated areas, but it's illegal to use them within city limits. 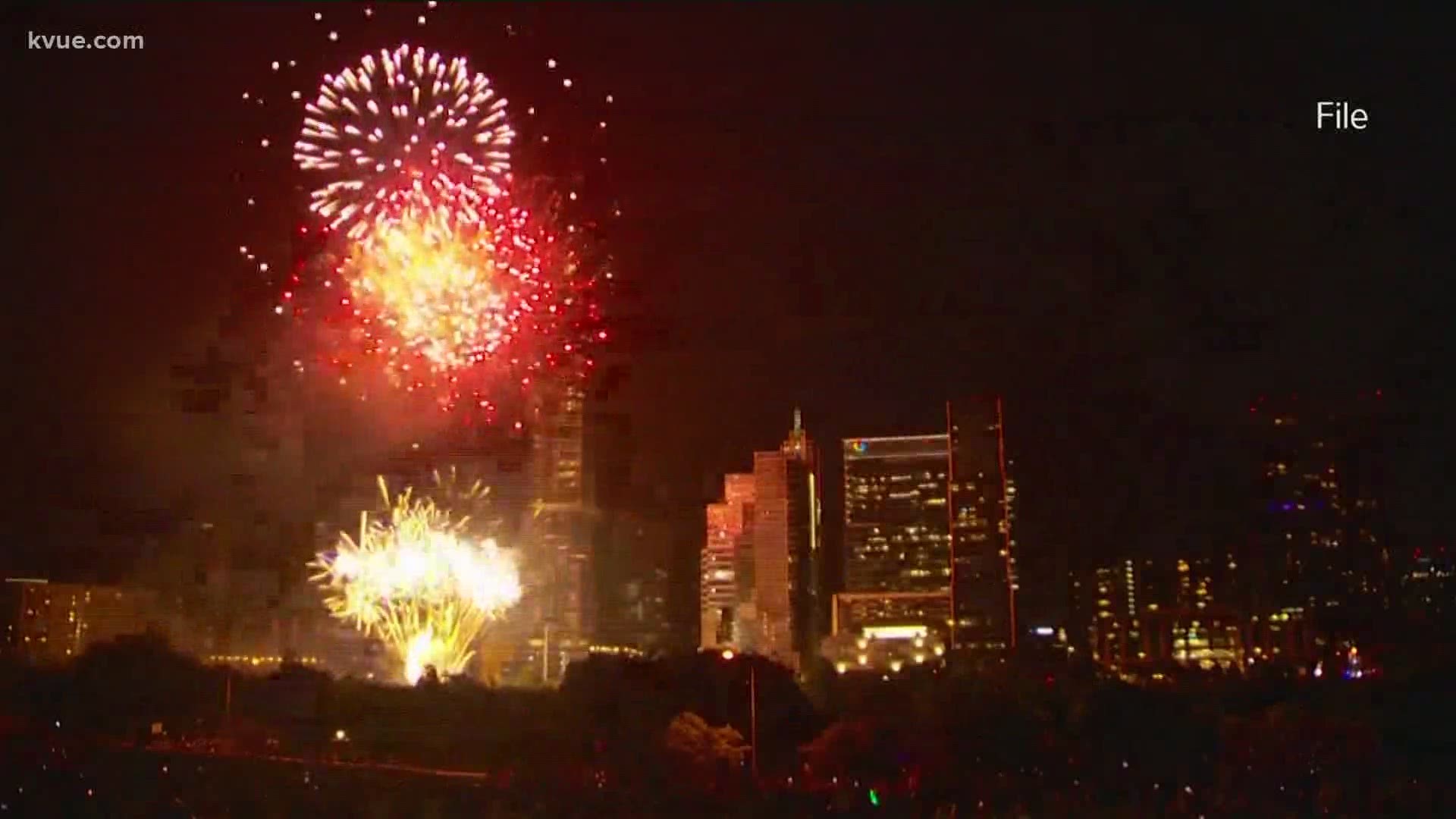 AUSTIN, Texas — The Fourth of July is typically a busy weekend for emergency rooms as they deal with fireworks injuries and drunk driving crashes, but with more people staying home to pop fireworks due to COVID-19, doctors want to make sure you are staying safe.

"Normally we'd go out, watch fireworks and be able to interact with a bunch of people and socialize," said Robert Serokto as he bought fireworks. "I'm going to shoot off some fireworks with some friends, drink some beer."

Alvarez said her fireworks stand in North Austin has been busier than usual.

"Today, we're going to run out of everything," said Alvarez.

While popping fireworks, keep safety in mind. According to the U.S. Consumer Product Safety Commission, more than 7,000 people were treated in the emergency room for fireworks-related injuries around this time last year.

"In the past we've seen whether it's eye injuries or burns, burns are pretty common," explained Dr. Nathaniel Greenwood. "Obviously blast injuries are less common, but definitely a concern."

Dr. Greenwood said so far his family emergency room hasn't seen patients with fireworks injuries, but here are some tips to keep it that way.

Doctors say if you're hurt don't avoid going to the emergency room, even if you have concerns about COVID-19.

"If you do have a serious injury, please don't wait – get the care and know that we're doing all we can to protect you."

A reminder, it's illegal to use fireworks in many places here in Central Texas. It's illegal to use or sell fireworks within the city limits of Austin, according to the City. There are some exceptions for things not listed as common fireworks, such as sparklers, noisemakers, smoke devices and snakes. But you can't put on a fireworks show in Austin unless you have a permit for a professional display.

Where to watch July 4th fireworks on TV, online this year

However, you can pop fireworks in unincorporated parts of Travis County, according to the Travis County Sheriff's Office. You must stay 5,000 feet away from any city limits, and you must pop them safely. Be wary of dry grass and leaves nearby, make sure you have water on hand in case of a fire and always follow the instructions on the box.

The same goes for several other Central Texas counties. It's legal to use fireworks in Hays, Bastrop, Williamson and Caldwell counties too, as long as you're not within any city limits and you do so safely.

With firework shows canceled, here's what you need to know as families try to do their own

Reports show that with a lot of professional fireworks shows canceled due to COVID-19, many Americans plan to shoot off fireworks themselves – something that has some public safety officials worried about a greater risk of injuries.

WATCH: How to celebrate Fourth of July safely during COVID-19 pandemic