Go anywhere in Austin and you'll probably hear people complaining about electric scooters. So, the brewers at Hi Sign Brewing crafted up a beer for people who aren't a fan of the two-wheeled craze. 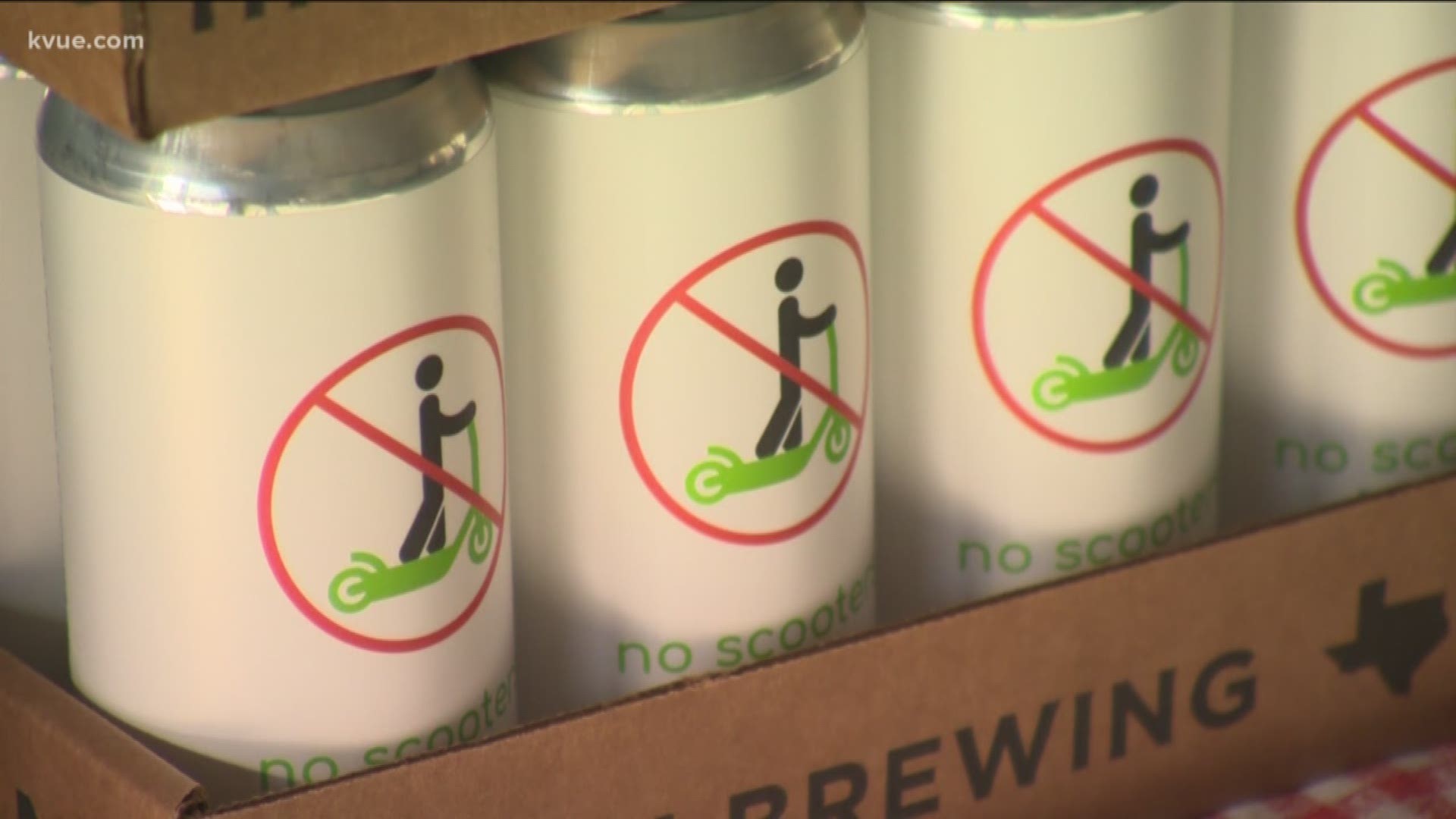 AUSTIN, Texas — Even if you've only been in Austin a short while, you've probably observed at least two things: 1. People here love craft beer. And 2. They also love to complain about electric scooters.

Now, a local brewery has combined those two things.

Any busy day at Hi Sign Brewing, they'll be selling a lot of beer. Between cans, growlers and crowlers, they stay pretty busy.

But Saturday, they held a launch party for three of their new beers -- including one many people in Austin can get behind. The 'No Scooters Double IPA.'

"It's light-hearted," Mark Phillippe, the owner of Hi Sign, said. "We just want to make great beer for people, and if we can incorporate something local and topical and get people talking, even better."

He said they experimented with a new style of beers, adding different grains and hops than normal and created the Double IPA. After that, the goal was to find a clever name and a clever title for the beer.

Even some of the regulars to the brewery said that they're fans of the new beer and the creative design.

But ask Sutphin or Phillippe about the message behind 'No Scooters', and you'll get a different answer.

So, whether you agree with the two-wheeled ride being in Austin or not, Hi Sign is hoping you can enjoy the beer either way.