'The Eyes of Texas' like you've never heard it before: 25 UT percussionists create mini-masterpiece

Current and former percussion players from UT joined from across the U.S. and Canada to jam together on the internet. 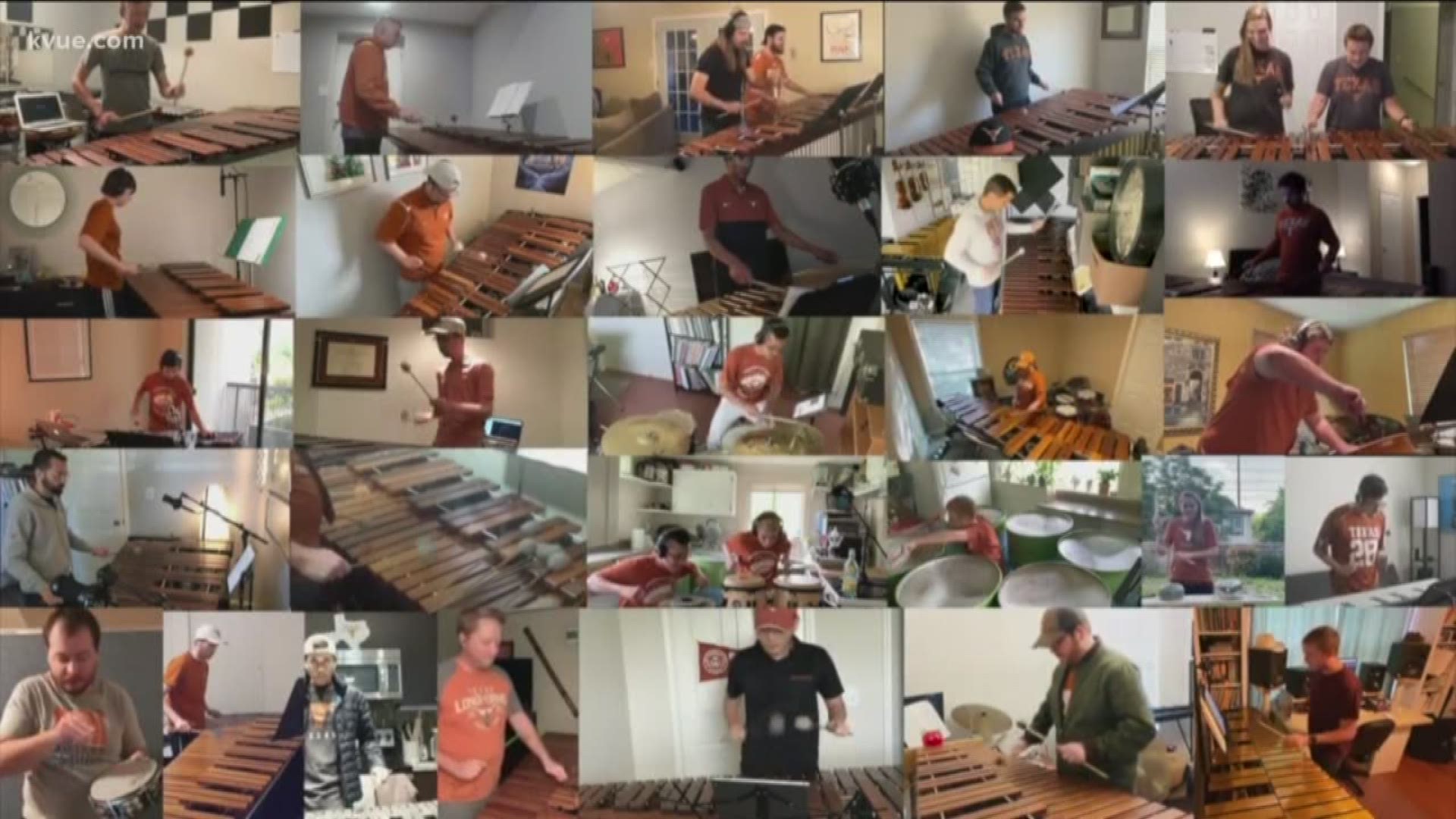 AUSTIN, Texas — It may look easy on Facebook, but getting everyone to play the same tune at the same time isn’t that simple, especially when the musicians and their instruments are spread across the U.S. and Canada and have to connect with the internet.

But that’s what happened when 25 current and former members of UT’s Percussion Ensemble – and a few music professors – had an opportunity to play the UT School Song, “The Eyes of Texas,” together through the magic of web video.

Nathan Zamora is a former member of UT’s Percussion Ensemble who graduated with his music degree last year and now serves as an assistant band director at Pflugerville's Hendrickson High School. He and a couple of his musician friends came up with the idea of creating the unique music video that got the players together.

The results have become a viral video that has been seen by thousands and delighted Longhorn fans who get to hear both a traditional version of the school song, and a rollicking version with drums, marimbas, xylophones, even pots and pans.

Twenty-five musicians, separated by space and time, were brought together by the music – and the university they love.