“I’m thinking these people are probably thinking I’m on the worst flight. They’re probably regretting they took this flight,” the boy's mom said. 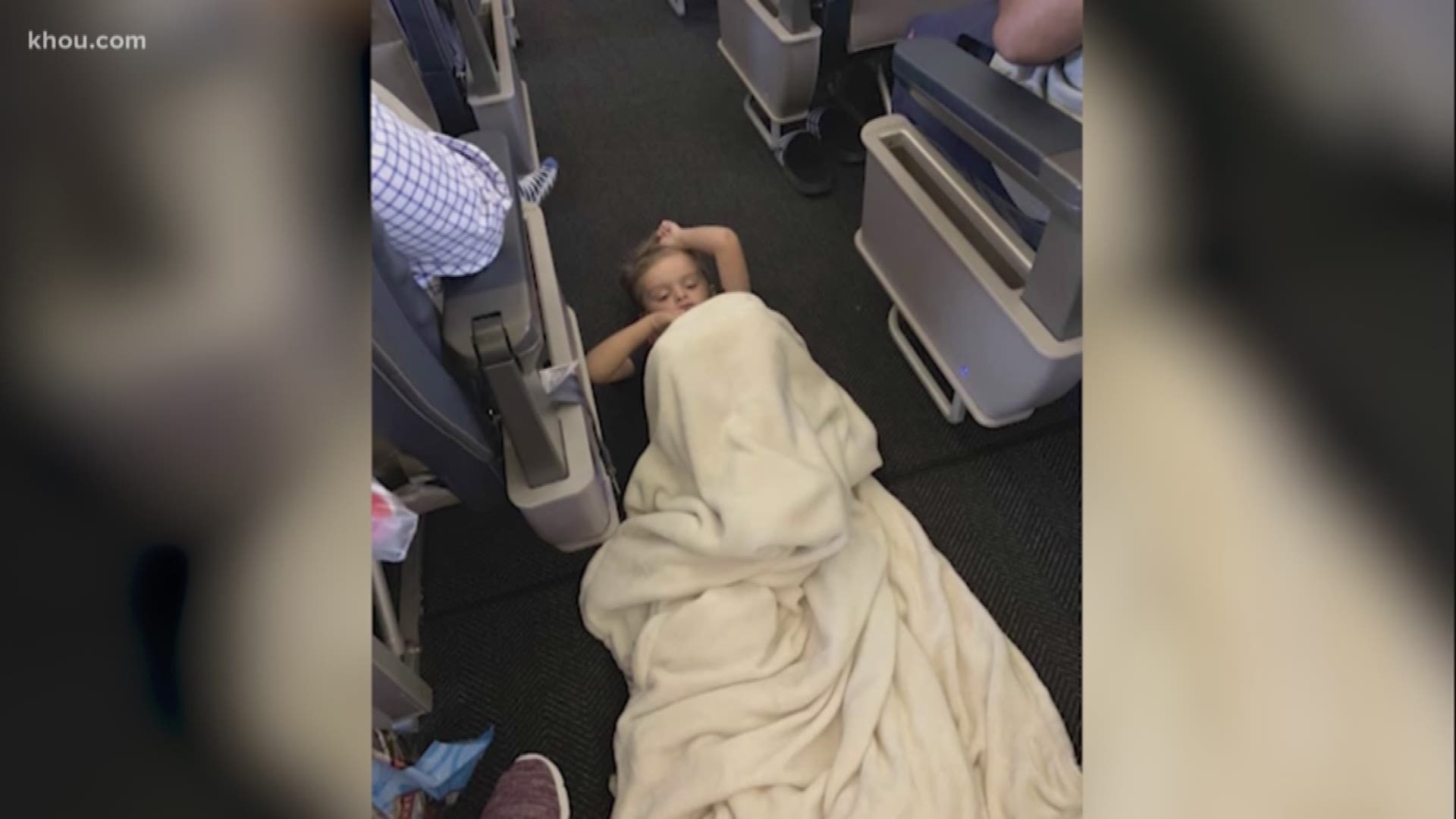 CYPRESS, Texas — United Airlines won a passenger for life for the way a crew handled a four-year-old with autism having a mid-flight meltdown.

Everything that happened on United Flight 2210, especially a note penned by a United employee, changed Lori Gabriel’s life.

“I was like you know what, this is going to be okay,” she said. “Dry your tears.”

For years, Gabriel feared travelling. Her son, Braysen, struggled being around strangers.

A few weeks ago, the family flew to San Diego for six days. Braysen played at the beach. He also rode roller coasters at Lego Land.

The flight home, though, was no vacation.

After takeoff, Gabriel struggle to keep her son in her lap. Braysen even kicked another passenger.

As she sat on the floor massaging Braysen’s legs, Gabriel said the woman kicked made no fuss.

“The flight attendants, three of them, they were like what can we get for you,” Gabriel said. “What can we do for you?”

The crew let Braysen lie in an aisle. Eventually, he moved ahead of first-class. He sat with a flight attendant and a male passenger, who also got kicked.

“(The passenger said) he can scream and kick my chair this whole flight I don’t care,” Gabriel said. “Then he asked (Braysen) his name and he was high-fiving Braysen and talking to him while Braysen (was lying) by him.”

Three-and-a-half hours later, the biggest surprise greeted Gabriel as they got off the plane. The lady Braysen kicked, who is a United employee, handed Gabriel a note scribbled on a page torn from a United magazine.

“I commend you for your strength,” the letter said. “Do not ever let anyone make you feel as though you are an inconvenience or a burden. He is a blessing. God bless your patience, your love, your support and your strength. Continue to be a Super Woman and know that you and your family are loved and supported. Love, the United family.”

“My family tells me things like this all the time but to hear it from a stranger it’s just overwhelming,” Gabriel said. “(It’s) a reminder to keep going forward and no matter what happens, like she said, I’m Super Woman. Just keep taking care of my family and keep pushing.”