Pete Peterson was treated to a '104' donut from Round Rock Donuts on Saturday. 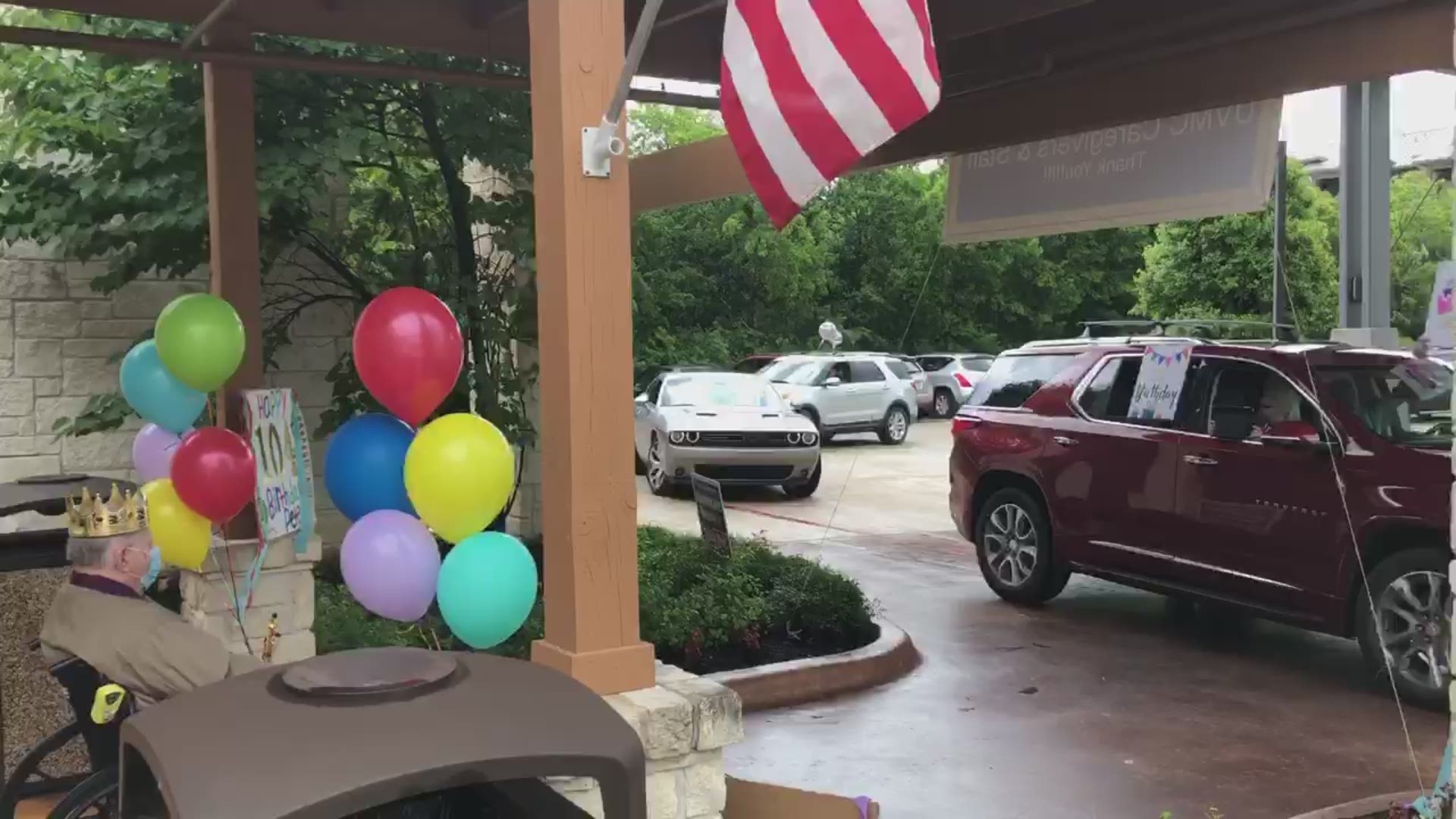 ROUND ROCK, Texas — Round Rock’s oldest resident, Pete Peterson, celebrated his 104th birthday on Saturday with a special drive-by car parade and a visit from the local fire department.

Terria Jones, administrator at the University Village Assisted Living and Memory Care facility in Round Rock, helped put together the celebration for Peterson.

Last year, for Peterson’s 103rd birthday, Jones helped organize a meeting for him with Michael Dell as part of his birthday wishes.

This year, the community came together to participate in the parade for Peterson, including the Round Rock Fire Department.

Peterson was also treated to a "104” doughnut from Round Rock Donuts, according to the facility’s Facebook page.

But the royal treatment didn’t stop there – Peterson greeted friends and family on Saturday with a crown on his head (and a face mask, of course).