On Monday, Jonah was surprised by a care package that included Longhorns T-shirts, caps and bags for his whole family. 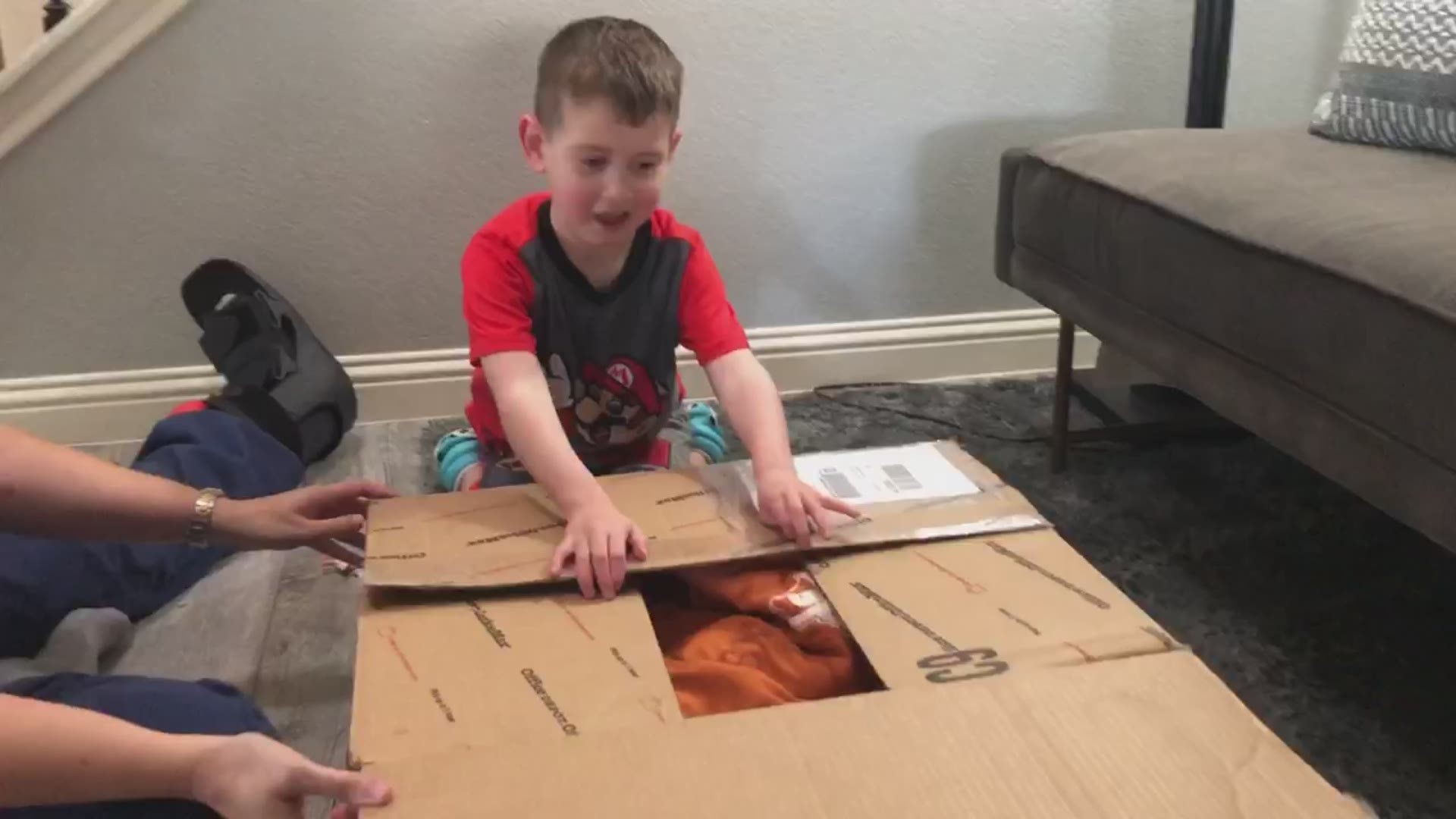 AUSTIN, Texas — A Round Rock boy bullied at school for his medical devices has received a care package from Texas Athletics after they noticed he was wearing a UT jersey in a story on KVUE.

Christina Greene said her 5-year-old son, Jonah, was bullied at school because of something he was wearing for his medical issues.

She said the school administration was working with the family on the problem and it was an isolated incident.

“Notice he’s wearing a @TexasFootball jersey!” she wrote. “@TexasLonghorns anyway you can reach out to him? @_delconte”

“Emily – if you can get me his name and address we will take care of the rest,” Del Conte responded.

On Monday, Jonah was surprised by a care package that included Longhorns T-shirts, caps and bags for his whole family. The package also included a card from UT Athletics.

“Jonah, we saw you were wearing your Texas football jersey and thought you and your family needed a few more things to wear,” the card read. “You make all of us at Texas Athletics so proud and we hope you have the best year in kindergarten. Keep wearing that burnt orange. Hook ‘em, Chris.”

RELATED: 'It's an absolute movement' | With more than 71,000 orders to fill, there's no slowing down for company producing boy's UT shirt design

In a video taken as he opened the package, Jonah can be seen with a big smile on his face.

Jonah was in kidney failure as a baby and had a transplant.

"He's trying to live his best life," said Greene. "He wants to be at school, like everybody else. He wants to walk down the hallways. He wants to sit at his desk and draw and paint and color and read and do everything that those kids want to do too."

RELATED: Batman walks toddler to school after she was bullied

The family embraces their blessings and Greene said it's hard when kids pick on Jonah, which she said had never happened before.

Greene said she hopes Jonah never has to go through this again and hopes parents will teach their kids that it's okay to be different.