After 23 years, photos returned to family that lost them when moving from the Hill Country

In 1997, Judy Baskey and her family moved from the Hill Country. In the process, a box containing photos albums was lost. 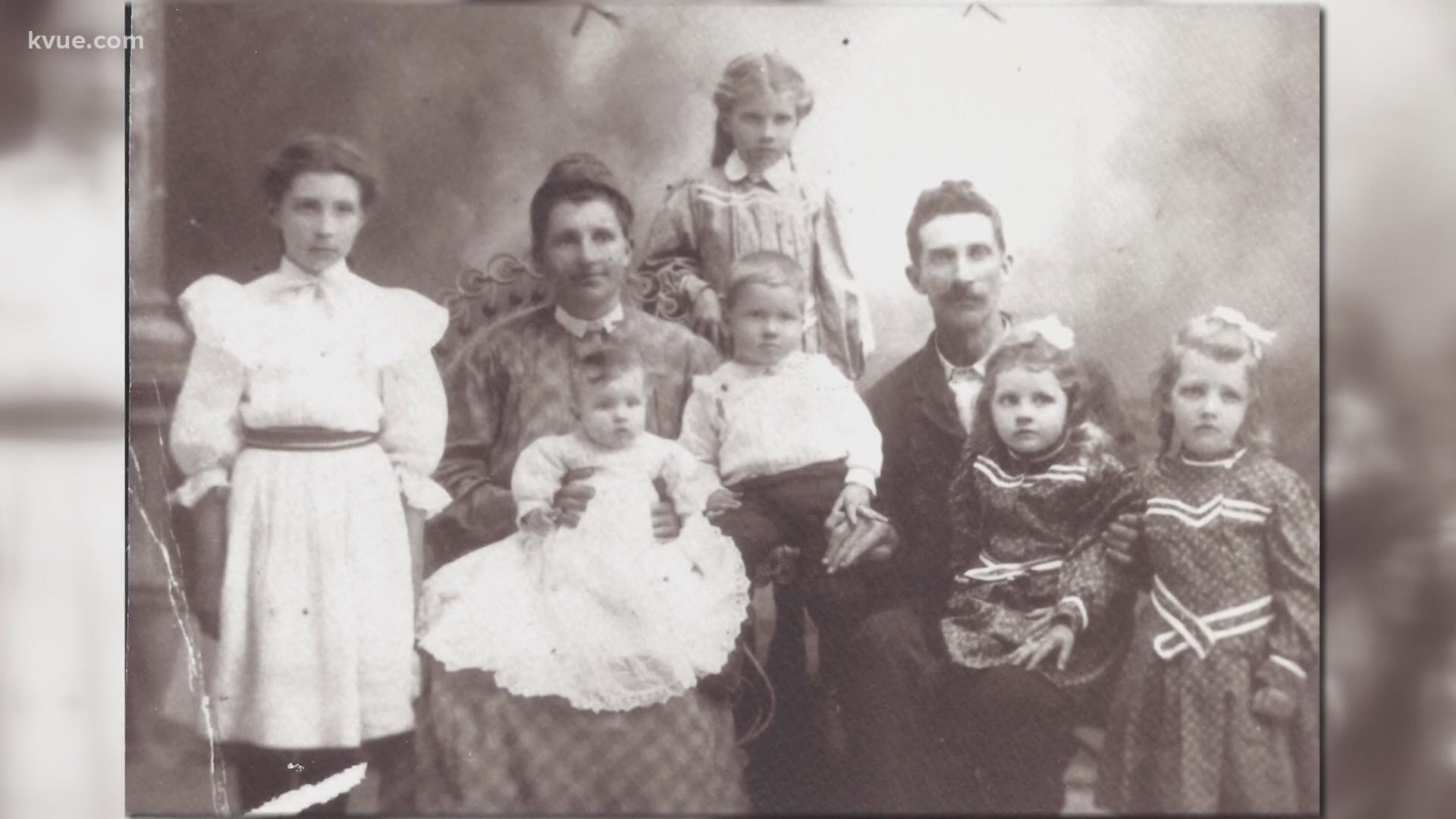 AUSTIN, Texas — For years, they thought their photos were gone forever. Snapshots of moments in their family's history, lost. But one Utah man was able to finally get a Central Texas family's long-lost photo albums back to them.

"Early childhood photos. This is my sister," Judy Baskey explained, describing the lost photos to KVUE. "This is a photo of my great grandparents ... we just were sure they were gone."

The photos were lost when the family moved away from the Hill Country in 1997. From what they can tell, the box was left on the moving truck.

They thought they would never see the photos again – until a few months ago.

"After 23 years, six photos albums have been returned," Baskey said. "Very happy to have pictures like this back."

"It's a whole history that just came back to them, and it's just incredible," said Phil Parisi, the man who had the albums at his Utah home for the past 23 years.

For most of that time, he has been trying to return them to their owners.

"But the problem kept coming back and telling me I had to do something about it, I just couldn't let it go," he said.

Finally, a family friend recognized this picture Parisi had posted in a newspaper article and got Parisi in touch with Baskey.

She is now making digital copies of the photos, hoping to preserve the memories brought back to them by these pictures.

"All of them are important, but I think the ones of my folks are the best," she said.