After a lifetime of father-son bonding over Texas Rangers baseball games, it came to their final first pitch together. 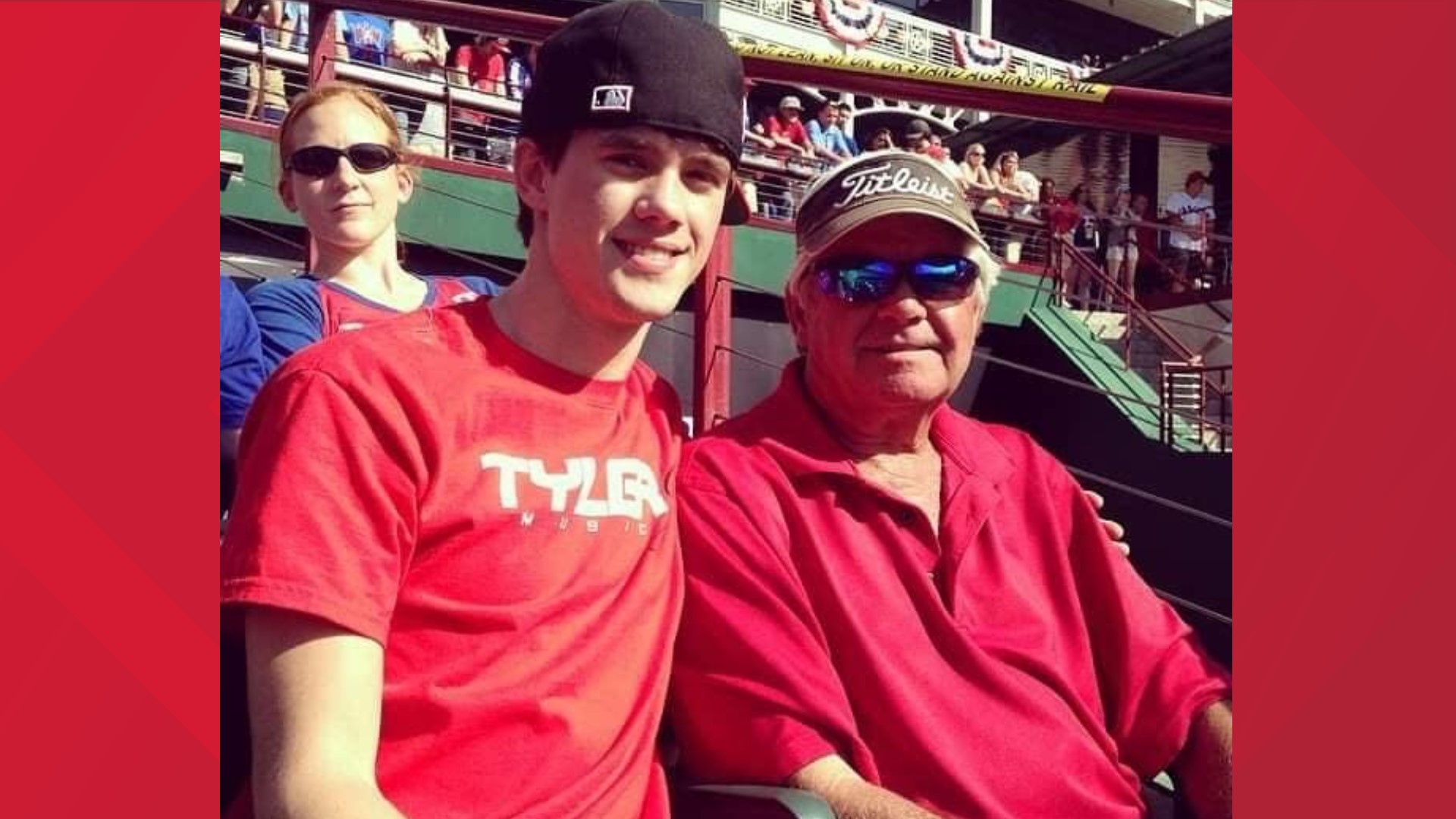 MARLIN, Texas — After a lifetime of father-son bonding over Texas Rangers baseball games, it came to their final first pitch together.

Tyler Jackson grew up going to or watching just about every Rangers game with his dad, Tommy Jackson.

"When I was little we would go to the games all the time,” Tyler said. “We watched the games every night. We never missed one. We just had a bond. He was a big time rangers fan, which caused me to be a rangers fan.”

That tradition didn’t change after Tommy contracted a flesh-eating bacteria while in Galveston and was hospitalized.

After several days in the hospital, Tommy Jackson was placed on life support. Tyler Jackson arranged for him and his dad to watch one last game together.

Days before Tommy Jackson died, Tyler Jackson and his father watched as Rangers honored Tommy Jackon’s life and commitment to the team as a fan.

“It is today they are going to be sharing their final game-watching experience together,” the announcer said during the game against the Mariners. ”From the entire Rangers organization to Tommy and Tyler, and the whole family, you’re all in our thoughts and prayers. God bless you all.”

That game was expected to be Tommy Jackson’s last, but he fought six more days before he died surrounded by his biggest fans—his family.

Tommy died Aug. 5. The Texas Rangers sent him a blanket and a pillow, which Tyler placed in his father's casket.

Growing up Tommy Jackson was an athlete who played football, basketball, baseball, golf, and track. He still has the record for most medals in the hurdles at Marlin High School, his family said

Of his accomplishments, his son Tyler was his biggest and the one he was most proud of, family members said.

"I know he was proud of me and I’m just as proud of him for fighting, and for be an amazing dad, and for teaching me everything I know," Tyler said.

Tyler said he plans to continue the tradition by taking his own two girls to Rangers baseball games.