After seeing "mommy Facebook groups" all over, Andrew O'Brien created Lonestar Dads, where dads could connect with other dads and their kids. 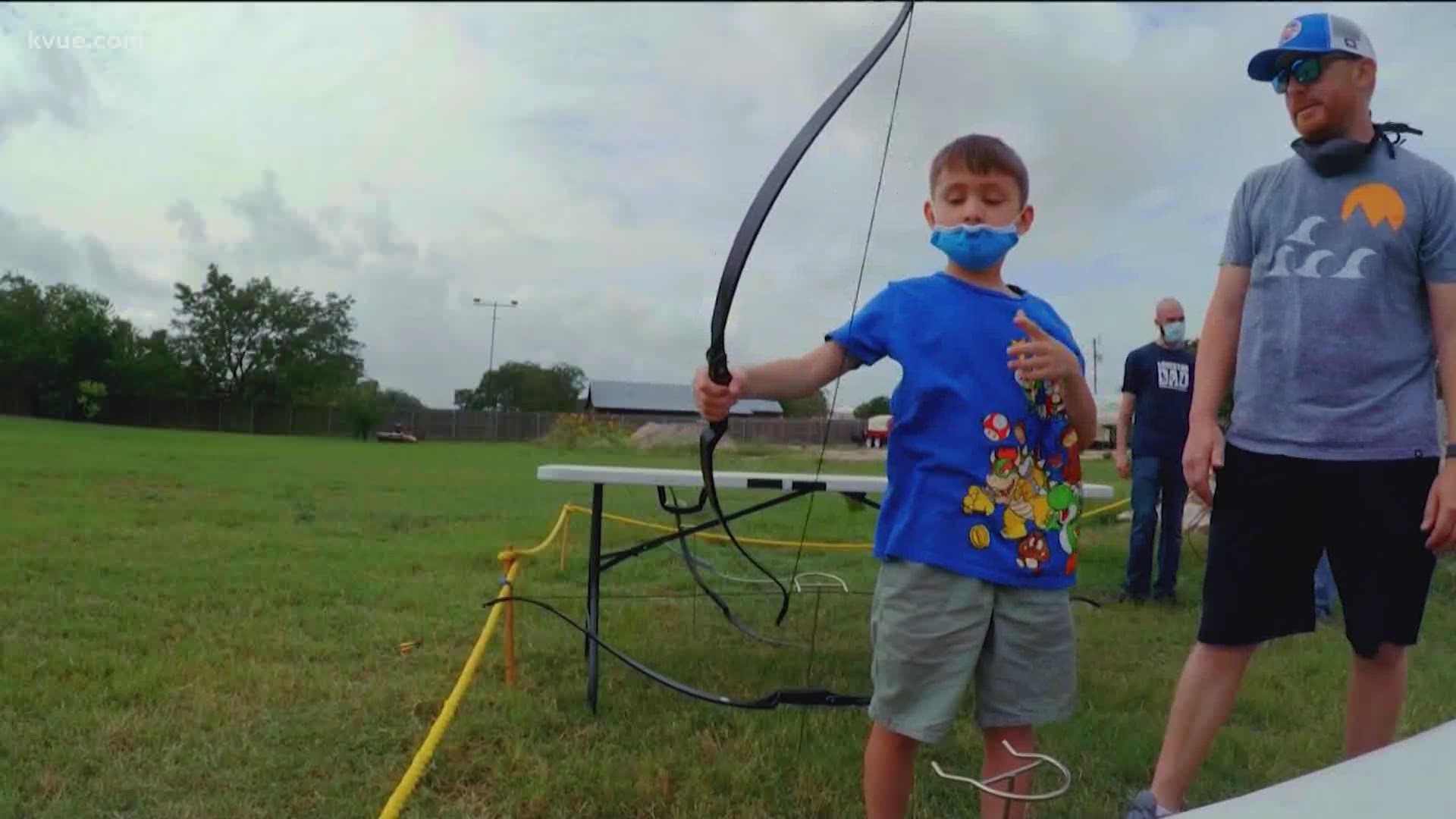 ROUND ROCK, Texas — You've probably heard of "mommy" Facebook groups, a chance for moms to ask questions and also connect with other moms. Now, one Central Texas man has started a version for dads.

It gives them a chance to connect, like connecting an arrow to a target. That was their main goal at the father-child archery event. But for everyone in that Round Rock Field, it was more about connecting to each other.

Chad Palmer went with his two sons. They went to connect with each other.

"Pull it back further and let it roll off your fingers," Palmer told his son, Chris, as they were firing.

Chris connected with his second bullseye in a row. But Palmer is hoping it's his chance to connect with both of his sons.

"I decided to leave the Coast Guard a while back and finished my education, so for the last few years, we've had the all-night study sessions. This is my opportunity after graduating to get that extra time in we may have missed out on during those years," said Palmer.

Everyone there was part of a new group started on Facebook by Andrew O'Brien.

"Lonestar Dads," O'Brien said, "we're getting together and doing stuff together as dads and kids to strengthen our relationship with our kids and create memories they'll never forget."

They're memories with his two kids, Rhett and Cadence.

"I looked around and saw a bunch of mom Facebook groups; there's plenty of them, so I was like, 'There's not one for dads.' It seemed like it was missing, so let's create that," he explained.

WATCH: Dads bond with cheerleader daughters with impressive routine of their own

A new group was started at the end of May.

He's become a full-time dad whose job is helping other dads connect.

"There's a need for this, and now it's my job where I can spend more time with my kids, this is my job now," he said.

More than 3 dozen arrested as Seattle police clear out CHOP