A Hutto man's defibrillator went off while he was in the middle of mowing his lawn, so the firefighters that responded decided to finish the job. 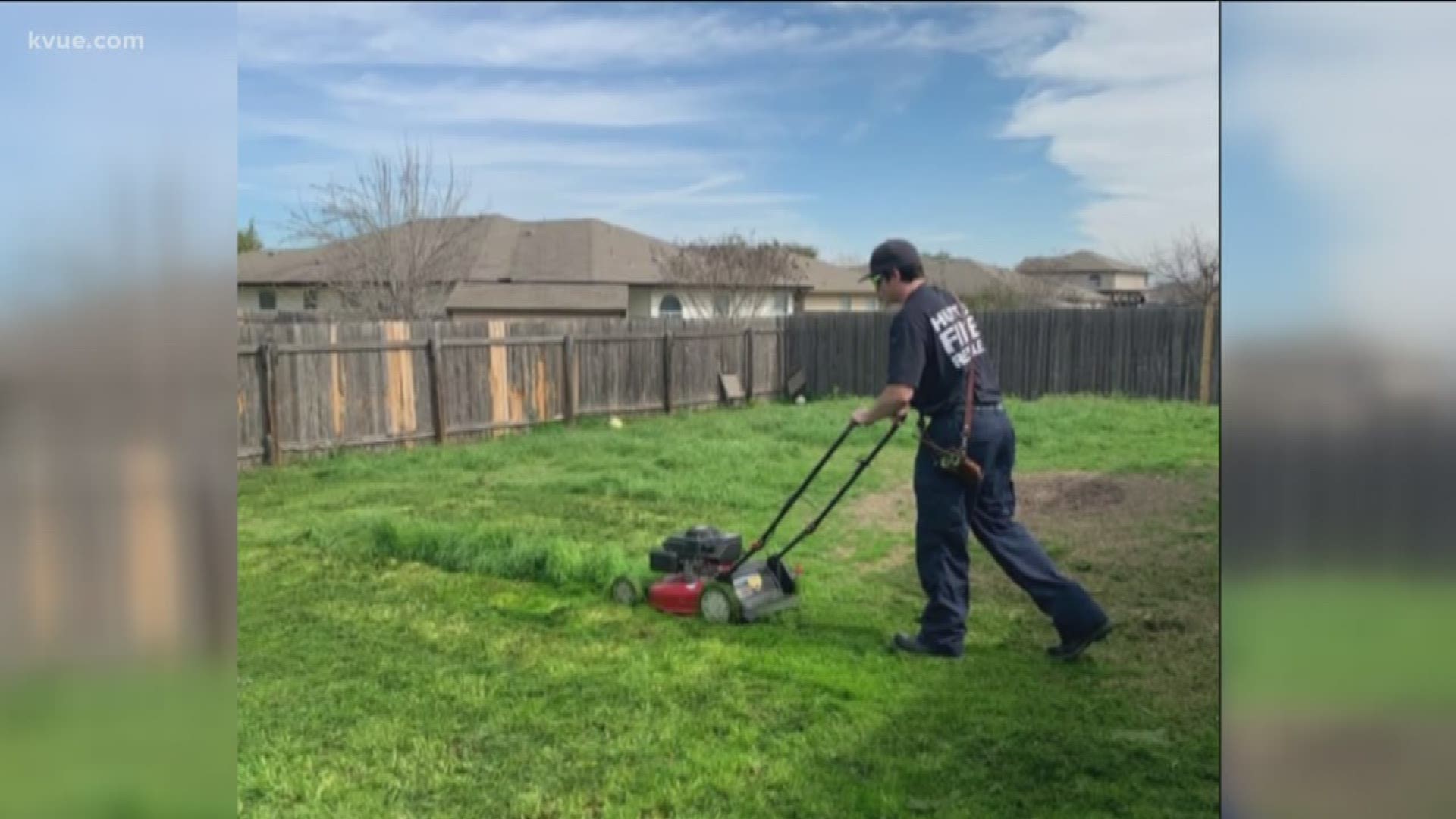 "It looked like a jungle out here," Bryan Palmer said, explaining why he spent his Sunday morning mowing the lawn.

Palmer said he was about to take a break when his defibrillator went off.

"I thought I hit something in the yard electrical at first because it hurts, trust me. It’s not a pleasant feeling when that thing goes off," Bryan Palmer said.

His daughter, Kayla Palmer, heard him screaming. She said she saw her dad clutching his chest so she and her mom called 911 and sat her dad down in a chair.

"Sitting in the chair [before heading to the hospital], I made the comment to them, 'OK, who's gonna finish mowing my yard?' And they all laughed and got a chuckle out of it," Bryan Palmer said.

Kayla Palmer said after he left, the firefighters went "above and beyond to help."

"You don't see it often, and you don’t see it in your own backyard," she said.

When Kayla Palmer went to the hospital to see her dad, she showed him a video she took of the firefighters mowing the lawn. 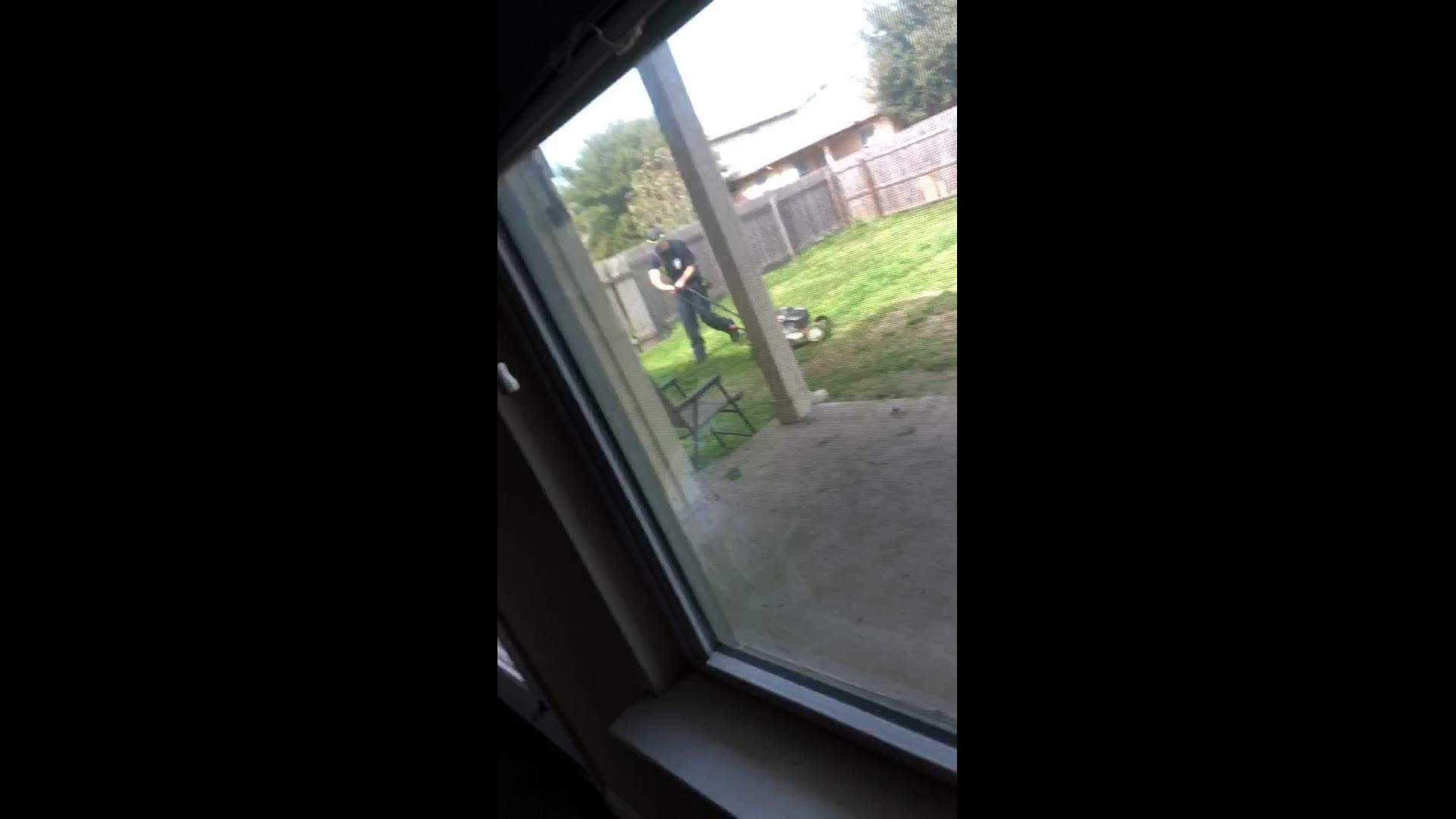 "You don't see the neighbors helping neighbors like you used to," Kayla Palmer said. "It was the sweetest thing possible."

Bryan Palmer said he intends to thank the firefighters and pay it forward.