After years as a dispatcher, Delta Jolly followed her dreams and became an officer for Georgetown PD. Now she's self-publishing a book to help inspire others. 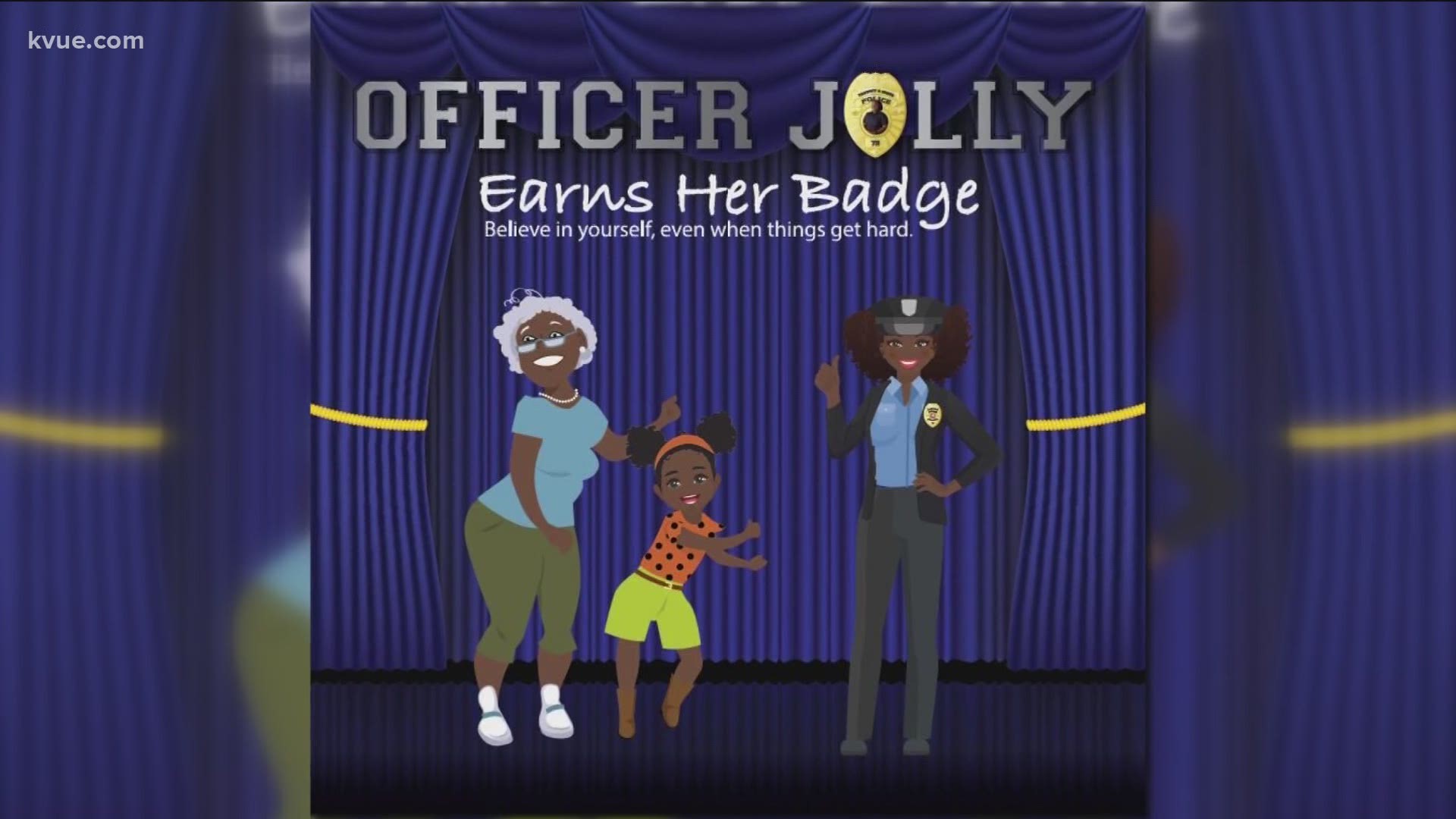 GEORGETOWN, Texas — Children learn from all different kinds of role models, and one local law enforcement officer is hoping that she can help inspire the next generation with her own book.

Jolly has been an officer with the Georgetown Police Department for eight years and serves as a community engagement officer.

"Well, I have a heart for kids," she said. "When I started on patrol, I was going to the high school and dancing at pep rallies and just working on building those relationships with our team."

Now, she's taking on a new challenge: self-publishing a children's book called "Officer Jolly Earns Her Badge." She's sharing her story from starting out as a dispatcher to becoming an officer, hoping to spread a message of positivity.

"To pretty much do anything," Jolly said. "The more people can hear it, I think the better their chances are of actually setting those goals and obtaining them."

She said it's just her first book, and she hopes to have even more down the line, sharing more stories from her journey as Officer Jolly.

"There's so much more. I don't want to have any spoilers for the next few books," Jolly said.

Jolly is doing pre-orders of the book and will be sending out copies at the end of the month. You can find the book here.