He was sentenced to life in prison. Tyler Perry just offered him a job

Darrell Hall spent more than two decades behind bars. Now, he has a new job waiting for him on Monday. 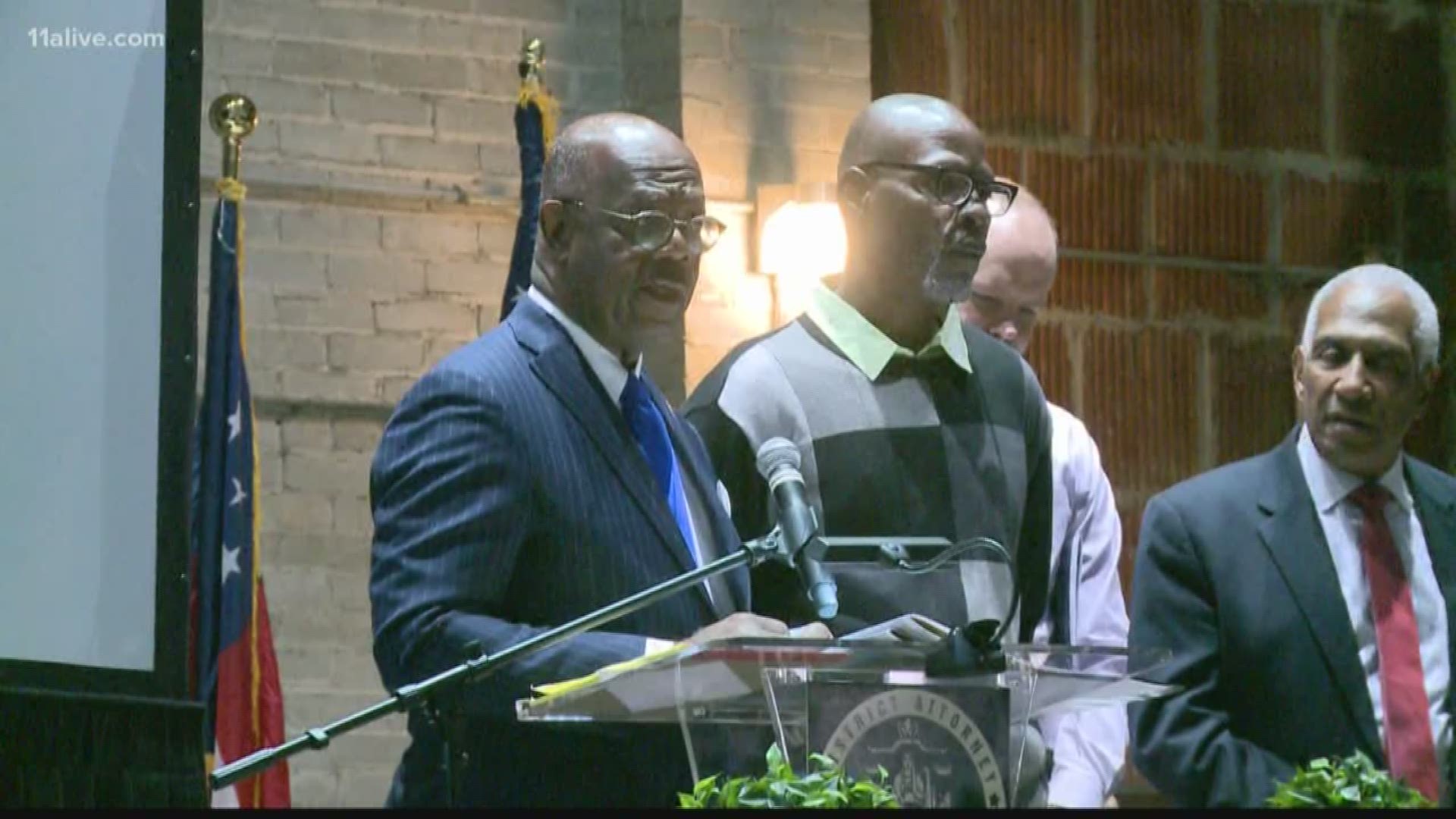 ATLANTA — Inside the largest film studio in the country, there was a happy ending worthy of any Hollywood blockbuster.

Darrell Hall was sentenced to life in prison in the 90s for possession of two grams of cocaine. He was released last month, after more than two decades behind bars, thanks to Fulton County's brand new Conviction Integrity Unit.

"He was given a life sentence. I'm almost ashamed to say what he was sentenced for," said Fulton County DA Paul Howard.

Hall, not surprisingly, has had trouble finding work since getting out of jail. But thanks to Tyler Perry, that's all changing. Howard gave Hall a business card Wednesday evening.

"And if you simply call that number, Mr. Perry says you can start work on Monday, here at Tyler Perry Studios," Howard said.

Wednesday, Howard hosted the commencement of the Conviction Integrity Unit. The movie-mogul, Perry, donated the space to hold the gala.

The unit is the first-of-its-kind in Georgia. The idea, according to Howard, is to take a look back at old cases in Fulton County and make sure they got it right.

"We can't depend on family members to do it, but for law enforcement and prosecutors, people in the criminal justice system, we ought to do it ourselves," Howard said.

RELATED: Tyler Perry: I write my own stuff

Another Georgia man got his taste of freedom on Wednesday.

Kerry Robinson, 44, of Moultrie, was wrongfully convicted of rape almost 18 years ago.

He walked out of the Coffee Correctional Facility into the arms of the family and legal supporters from the Georgia Innocence Project.

"Modern DNA technology has further confirmed what we've known for a long time: Kerry Robinson is an innocent man," said Rodney Zell, co-counsel in Robinson's case. "I am so grateful that new technology is finally able to meet the incredibly high thresholds for righting wrongful convictions in Georgia."

On February 15, 1993, three teenagers broke into the home of a 42-year-old woman in Moultrie, Georgia, and raped her at gunpoint.

The rape survivor never identified Robinson as the perpetrator. Instead, she identified another suspect through a class yearbook. That suspect then turned in Robinson.

According to the GIP, says DNA evidence was analyzed incorrectly. Robinson was sentenced to prison.

‘I want to tell him thank you’: Tyler Perry made a gospel singer’s mother’s wish come true.

He ate a cupcake, so they used a bat to beat him to death, police say

Man tortured by gang members, skull 'depressed' in one the most brutal murders in Atlanta

Sophie Speaks: How a Georgia mother allowed her boyfriend to impregnate her 10-year-old