Two mass shootings in America claimed at least 29 lives in the past two days. 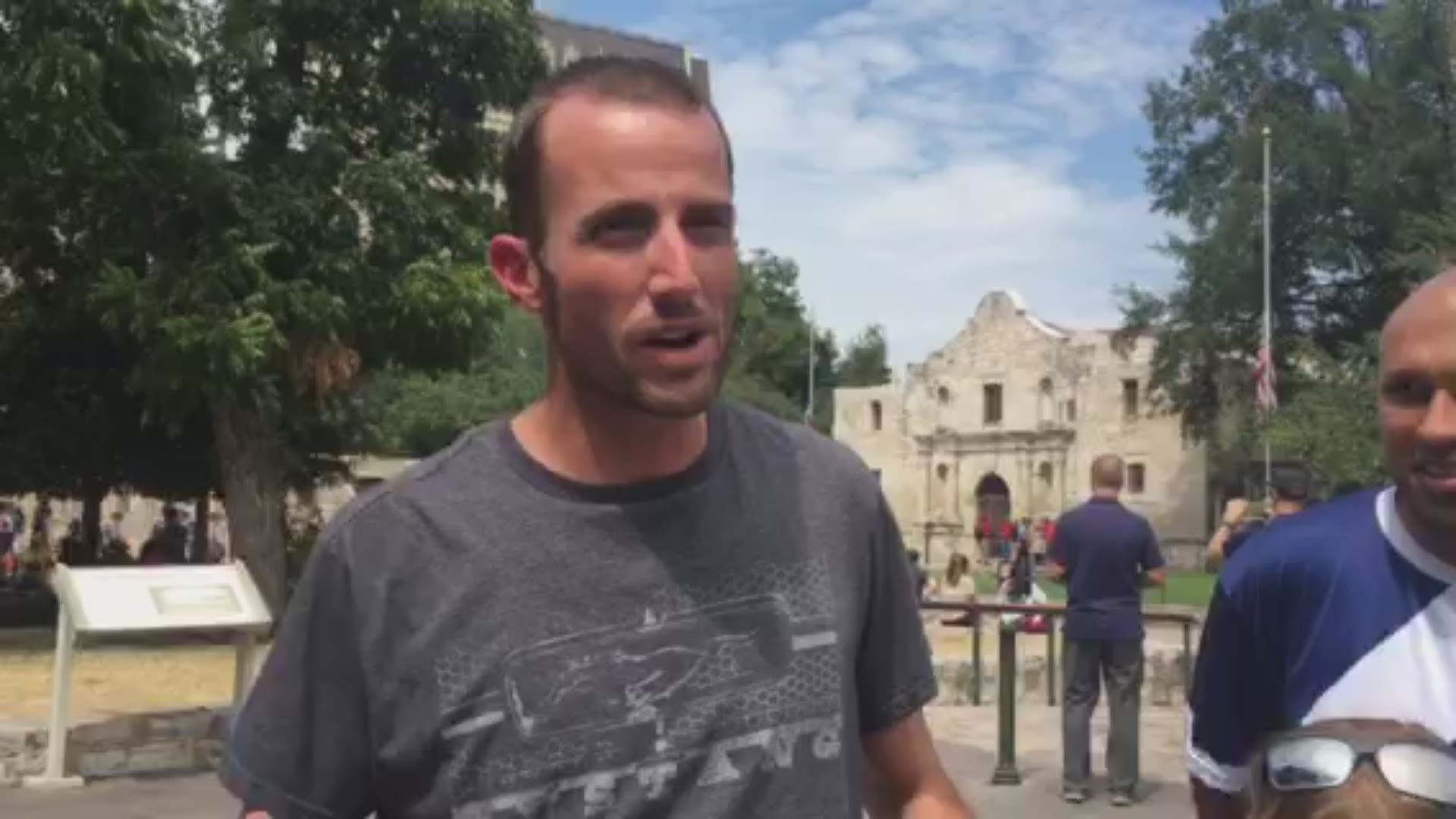 SAN ANTONIO — It's been a tough weekend to follow the news, and sometimes, you just need a hug.

In response to two mass shootings that shook the country over the weekend, Dillon Emery and family and friends offered free hugs in front of the Alamo on Sunday afternoon.

They were later told to move from the Alamo premises by park staff.

The move comes after two mass shootings in less than 24 hours.

In El Paso on Saturday, a 21-year-old man allegedly shot and killed 20 people at a Walmart, injuring 26 others. The incident is being treated as domestic terrorism and the suspect has been held on capital murder charges.

RELATED: Here are the victims of the El Paso Walmart shooting

Sunday morning, a gunman wearing body armor and carrying a rifle killed his sister and eight others in Dayton, Ohio.

Last weekend, on July 28, a 19-year-old shot and killed three people, including two children, at the Gilroy Garlic Festival in Northern California.

"I think the question has to be raised, why does Dayton have to be the 250th mass shooting in America?" Dayton Mayor Nan Whaley said at a press conference Sunday morning.