An Austin nonprofit hosted an event for women veterans on Friday. The women received new outfits and headshots and got their makeup and hair done. 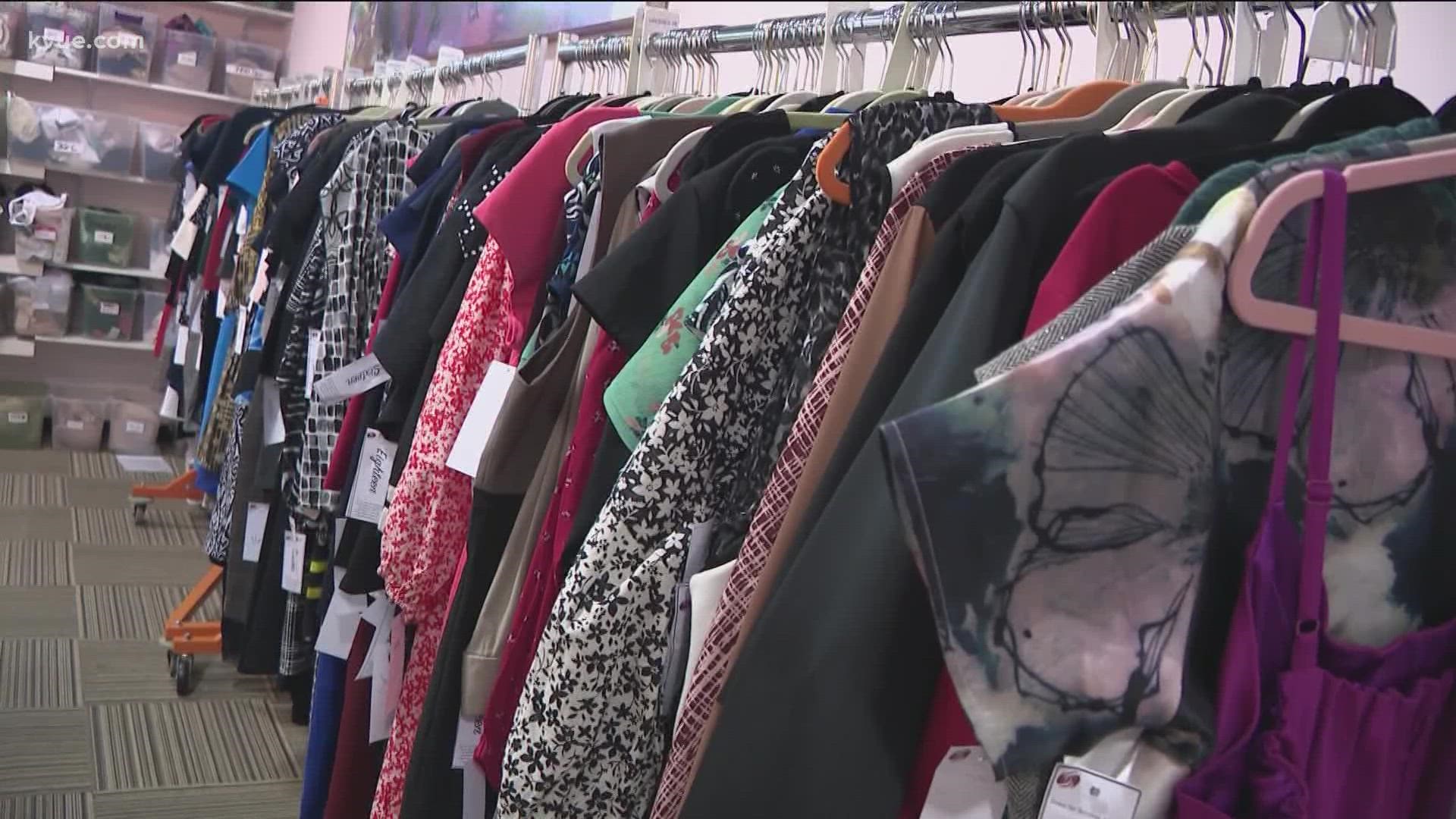 AUSTIN, Texas — It's a way to serve those that served the country.

Dress for Success Austin held an event for women veterans on Friday to help them feel empowered as they transition into the civilian workplace.

Women who attended met with a style consultant and received two new outfits. They also got their hair and makeup done, plus received headshots.

"A professional head shot can really provide you with that confidence to go and look for jobs and feel worthy and deserving of being there," said Amanda Miller, program manager of Dress for Success Austin.

Miller said the goal is to make women feel beautiful inside and out and also recognize that it's okay to pamper themselves.

"Often times as women, we’re tasked with taking on so much, both in the workplace and at home," said Miller. "And it’s important to take time for ourselves."

Teryn Zech understood that feeling, as a mother of four and an Army veteran.

"It means a lot. Women in the military, as it is, we have a hard time. Then when we get out, we get," Zech paused, as she started to get choked up. "I get a little emotional about women in the military. It’s a big passion of mine. We get forgotten about. We get made to feel as though we’re less than, we didn't do as much and coming to something like this makes you feel empowered. Makes you feel not only as a woman that you’re doing more and better, but as a female veteran. So it means a lot."

Zech said she wouldn't describe what she usually wears as professional.

"I always wear baggy clothes. I always wear clothes with words on it. Humor deflects when I’m uncomfortable," Zech said, thinking about what she thought when she tried on her new clothes. "I felt good. I felt nice. It was nice to have something on that I felt feminine in and professional in, and I didn’t feel like someone was going to look at me and not take me seriously."

Zech said while some may see this as just a new outfit, it means much more to her.

"It’s our future," Zech said. "Doing these types of things can get me forward in my life where I’m not just prior service military. I’m now going to make a difference and an imprint in the civilian world."

For more details on Dress for Success Austin or how you can donate, click here.