Stevens HS grad defies the odds: 'I wasn’t going to be what the statistics said'

Aaliyah Glover proved the doubters wrong by getting her diploma and a college scholarship. 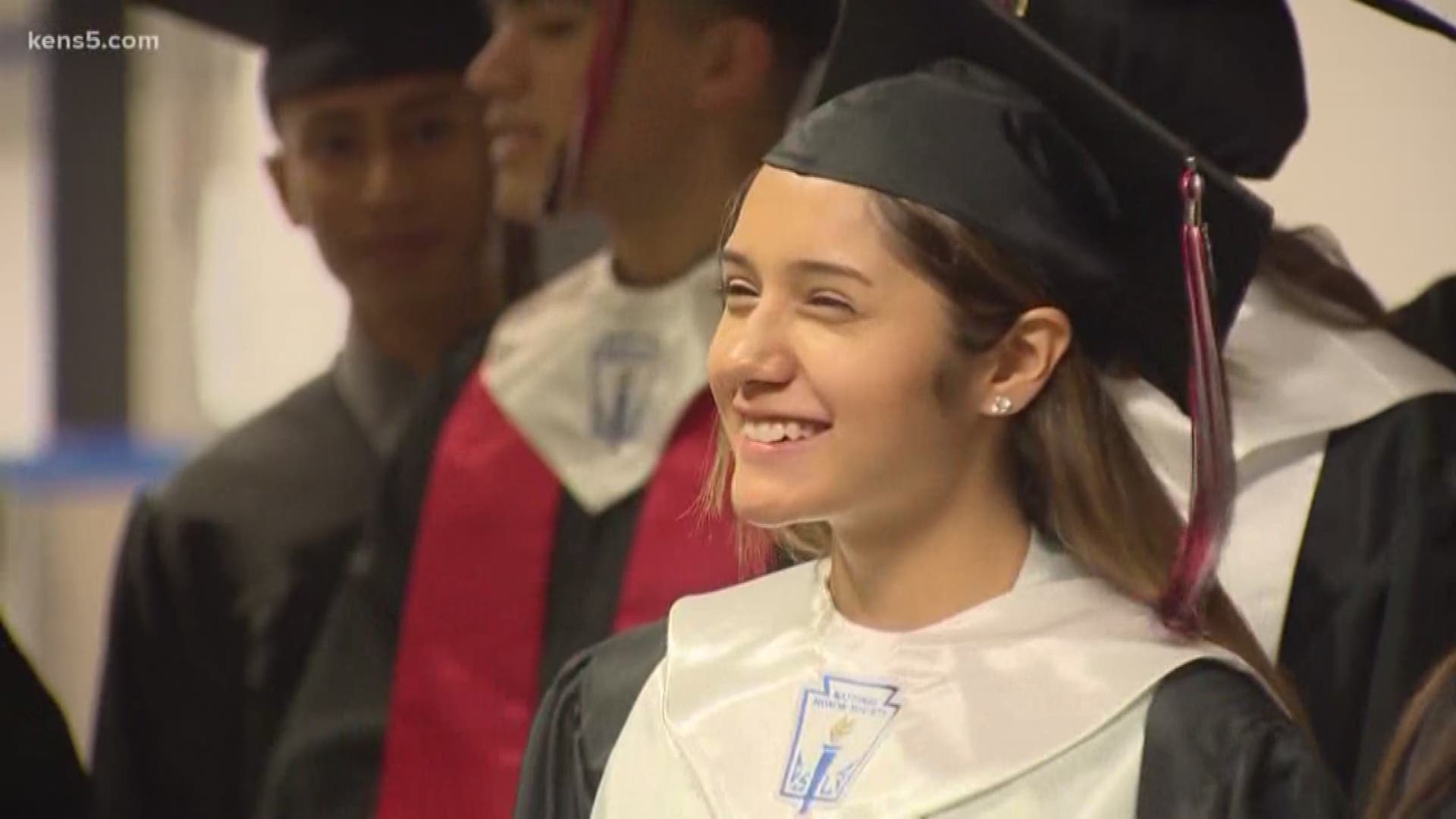 SAN ANTONIO — A Northside ISD graduate is proving the doubters wrong. Aaliyah Glover received her diploma from Stevens High School. However, her father wasn't at the ceremony. He's serving a life prison sentence for capital murder.

“I was more prone to be a teenage parent, a high school dropout or being incarcerated just like my father,” she said.

However, the 17-year-old’s driven spirit proved otherwise. On Wednesday, Aaliyah graduated with honors from Stevens High School. She was the captain of her swim team and San Antonio’s 2019 Boys and Girls Club Youth of the Year.

“I wasn’t going to be what the statistics said I was going to be,” she said. "I wanted to prove them wrong. I wanted to be someone who can motivate others that come from backgrounds just like me to do the same thing I have done.”

Her mother, who raised four kids on her own, is Aaliyah's reason to push ahead. “I always just blamed her for how my life was going or how it was at the moment. I never really saw what she was doing for my future,” she said.

The teen is ready to conquer the world, and as she learned the hard way, it is possible to do the impossible, like going to college.

“Never give up, and always believe in yourself. and look for people who want to see you succeed,” she said.

Her hard work has gotten her a full ride scholarship to Texas A&M University, and she will be heading there in August. She wants to be a neuroscientist or cardiologist.

City of SA could take action on plumbing industry regulations

Why is Texas more at risk for mosquitoes and their diseases?