Their first date was at the Texas-OU game. This weekend they will be in the stands celebrating 55 years of marriage, and rooting for the Sooners. 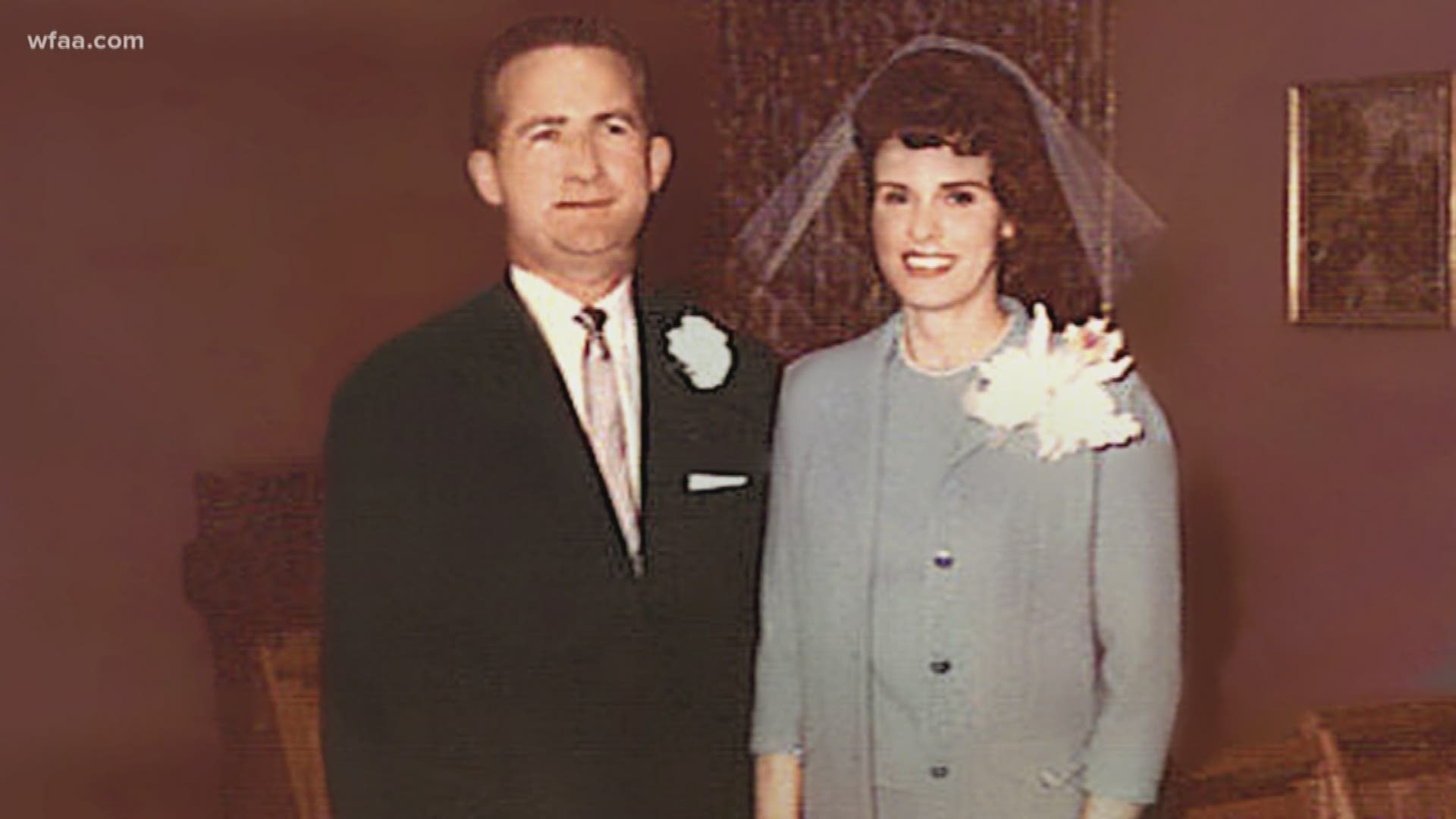 DALLAS — Jim West is a Sooner through and through. And when he met a young woman from Louisiana he decided the Texas-OU game at the Cotton Bowl would make a pretty good first date.

Fifty-five years of wedded bliss later, he thinks it was a pretty good idea.

It was obviously a successful first date, although Jim doesn't remember a lot of details about the game.

"Nothing," he laughed. "I didn't even remember that we lost."

Yes, the Sooners lost that game. But Jim definitely won.

And on Saturday they'll celebrate the first date that started it all, by going back to the game for just the third time in their lives.

"It's going to be special," Carolyn said. "It will always be special."

Special because not only did Jim choose a good location for their first date, he says the timing was right, too. He'd been through a painful divorce and says Carolyn saved him.

"She was joyful and really lifted me up and it's all good memories," he said.

"I just remember that he was so kind and thoughtful and just a really nice guy," Carolyn said. "I'd never met anybody quite that considerate."

Oh, and Jim says she was a knockout too.

"She was vivacious and she was easy to talk to and put me at ease. And she was curvaceous too. So I thought it was a very nice situation."

"You're kind of grossing out your grandkids over here," I told him as their daughter and three of their grandchildren groaned and laughed while listening to the interview.

So, if you're at the Red River rivalry game on Saturday, remember it's also a good place for a love connection. And if you need proof just look for the 91-year-old guy in Section 5 with the curvaceous date by his side.

"I may never live that down," Jim laughed.

"You never will," his bride said, laughing right along with him.

More on the Red River Showdown: