After COVID-19 changed their wedding plans, David and Katherine Calbert's wedding flowers were delivered to an assisted living facility in Austin. 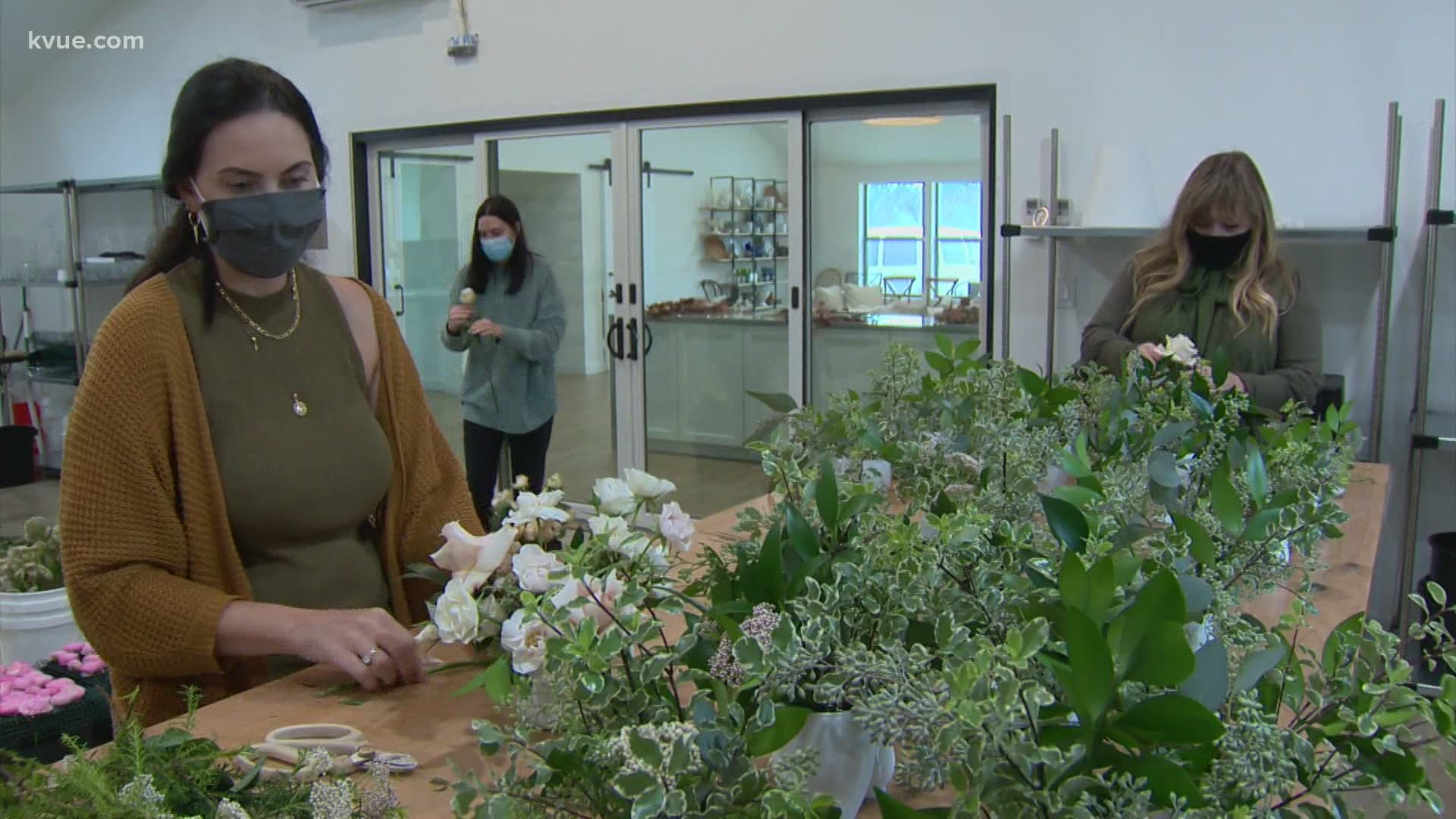 AUSTIN, Texas — Much like any industry, COVID-19 has heavily affected the wedding industry. But what about a flower shop that specializes in weddings? One North Austin shop has had to change its plans and is hoping to spread more joy, even through the worst times.

Perfectly picked and artistically arranged, a bouquet of flowers can bring joy to anyone who sees them.

"We are known for a more natural, whimsical style," said Abby Daigle, the owner of Stems florist in North Austin.

Daigle has been giving joy to brides and grooms for more than 16 years.

"We are, or were, a floral shop that primarily focused on weddings," she said. "Now it's been turned a little bit upside down because of all this."

The majority of their planned weddings have been postponed or moved to other places, even other states.

"This is definitely a weird year. We've done lots of new things this year for sure," she said.

Take the bouquets she was making when we were there, for example, originally ordered for an Austin wedding of 200-plus people.

"I guess I haven't changed it yet, but Katherine Calbert, that's weird," added Calbert.

"OK, this is the first time publicly you're announcing your new name," added David Calbert.

The flowers were meant for the wedding of David and Katherine Calbert, but they replaced their 200-person Austin wedding for an 11-person backyard ceremony in their home state of California.

"You know, when life gives you lemons, you try to find a way to make some lemonade," said David Calbert's mother, Barbara.

She decided the flowers needed a different destination.

"My mother lives in San Antonio and she's in assisted living. I know what's that like for those people that are separated from their families. I think this was a way to try and help people like my mother," Barbara added.

It was a donation to The Village at The Triangle and one other assisted living facility.

It's a gift that gives back to those giving it.

"It was really nice for something that we had already put the time, energy and money towards wasn't just canceled; it went to other people who could use it even though we couldn't use it," said Katherine Calbert.

It was a perfectly picked gift bringing joy.

"The ability to spread around the idea of 'don't lament your loss, turn it into someone else's gain,' is a really impactful one right now," added David Calbert.