Betty Davis has been involved in writing for years – and she's lived a lot of them. That's why she asked for 104 books that can be donated to a local school. 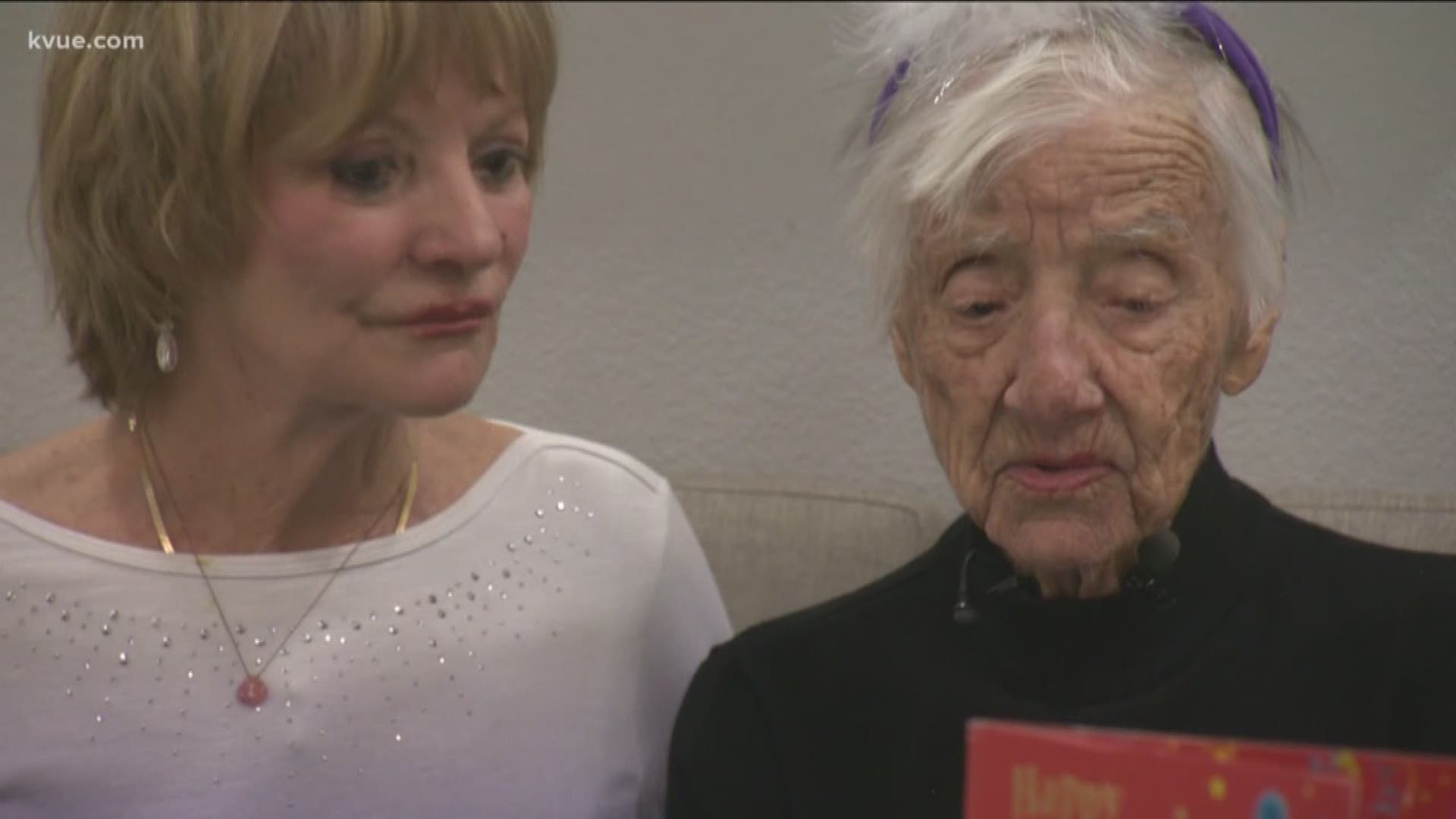 But one Buda woman decided she didn't need traditional gifts as she celebrated that milestone.

On Monday at Sodalis Buda Assisted Living & Memory Care, a celebration was held for Betty Davis and four of her eight kids. But this year, Davis didn't want normal gifts.

She told the people at the facility that she wanted something special.

"So she said that in honor of her birthday, she wanted to collect books so I wanted y'all to know that we surpassed our goal with 113 books," one of the employees at the facility said. "And we're donating them to an elementary school."

"What do you think about that, 104 ... books to Betty's book drive," Davis's daughter, Virginia Palmer, asked her.

"Oh, how great, how wonderful. Yeah, you got to do something reasonable," Davis said.

Collecting books just made sense for Davis, considering her past.

"It's writers and illustrators, and several years ago they started an award in her honor called the 'Betty X. Davis Young Writers Award,'" Palmer said.

Even though they've reached their goal, the facility is still collecting books until the end of the month because Davis is hoping to celebrate more than just her birthday.

If you'd like to donate, you can drop off books at the facility.

Seeing bright fall colors in Central Texas? This is why