It started with one man and $500 checks to help some people pay rent. It then turned into a community motivated to help more. 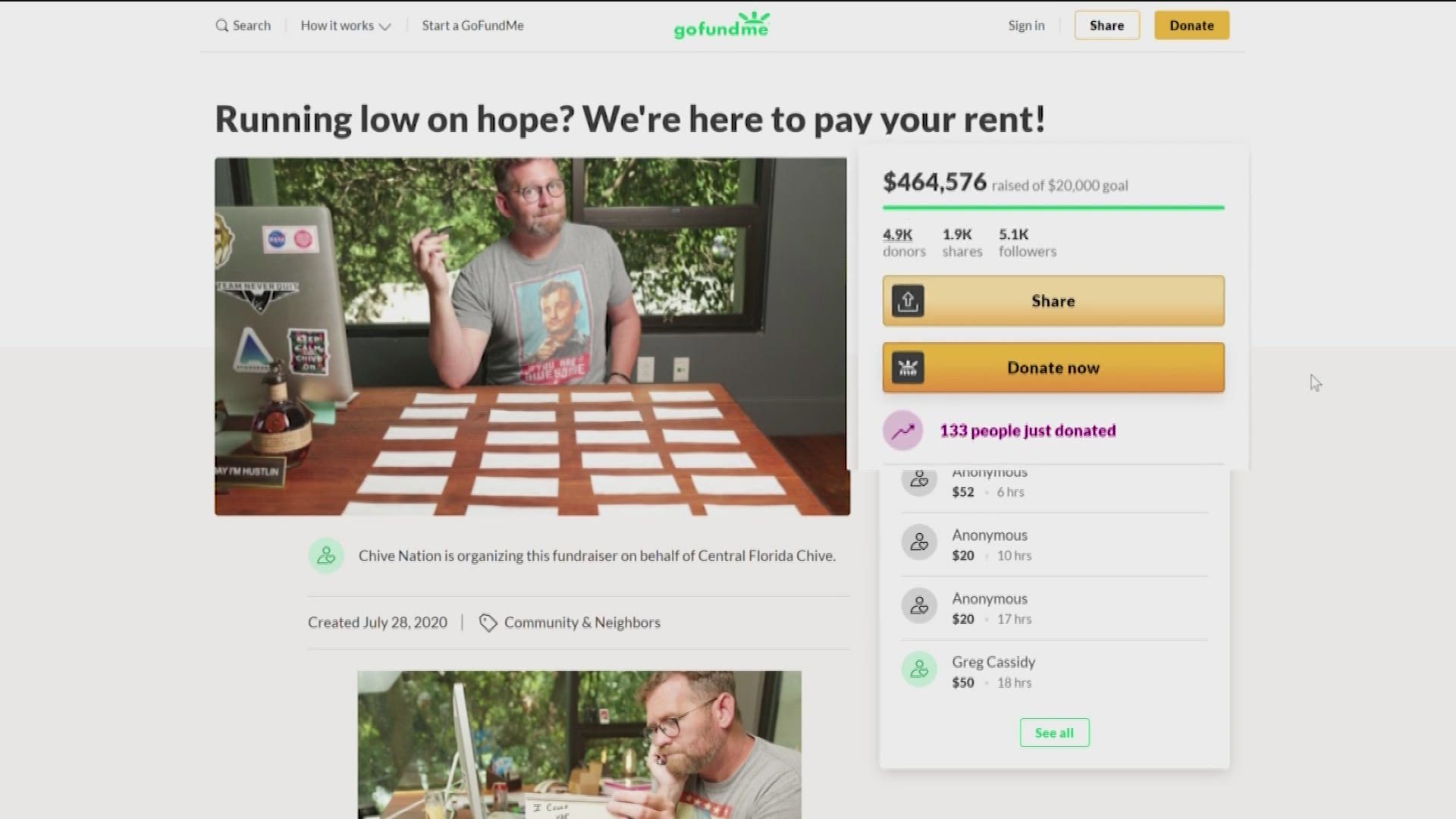 AUSTIN, Texas — Some renters are still struggling to make ends meet amid the COVID-19 pandemic, and as tenants are facing eviction, theCHIVE in Austin wanted to help out.

John Resig, the founder and CEO of theCHIVE, wanted to help those having trouble paying their rent.

"I just decided to go to social media with a blank checkbook and tell people if they wrote in via email, and I just gave them my personal email, that I'd go ahead and cut them a check for their rent," said Resig.

Resig was flooded with emails and began writing $500 checks to people that needed it. Some of those people included Dan Sanders, Katie Durocher and Amy Alexander.

Sanders is a special education teacher in Wisconsin.

"I usually teach summer school and I do behavior analysis with another group of little ones. But all of those positions are not available right now. And then our son had appendicitis surgery on his birthday. We're missing out on a lot of income. And we don't work to be wealthy, to just be comfortable, but COVID has thrown us into an uncomfortable place," Sanders told KVUE.

Durocher is a mother in New Hampshire. She lost her job and was told on short notice that she needed to move out of her home.

"Our landlords are evicting us and we have nowhere to go. Nothing to start over with ... my fiancee does have medical issues, which we're trying to figure out right now," said Durocher.

Alexander is a nurse who broke her back in June, and said she feels like one of her patients.

Sanders, Durocher and Alexander all said the money they've received helps them to not stress as much, even if it's just for one month.

"[Resig] helped me to live another month in a house and not on the streets, which is great," said Alexander.

Among the many emails of people needing help, Resig also saw another type of email: people offering help.

"We're able to help about 40 families that way. But it was hard closing my computer. You didn't want to turn your back on the other 900 people that had wrote in. And I felt like that this lofty gesture sort of felt very hollow and earthbound suddenly," said Resig.

theCHIVE decided to start a GoFundMe with the goal of raising $20,000. A goal they broke in just eleven minutes.

"It really shows you not just the need, but how many people understand the need," said Resig.

What started as one person's goal to help some, turned into motivation for a much larger community to help many.

"It's in a way, it restores our faith in humanity that they're really good people out there who want to help and do the right thing," says Resig.

theCHIVE has three tiers, explains Resig: humor, hotness and humanity. Giving back is a part of being in theCHIVE community.