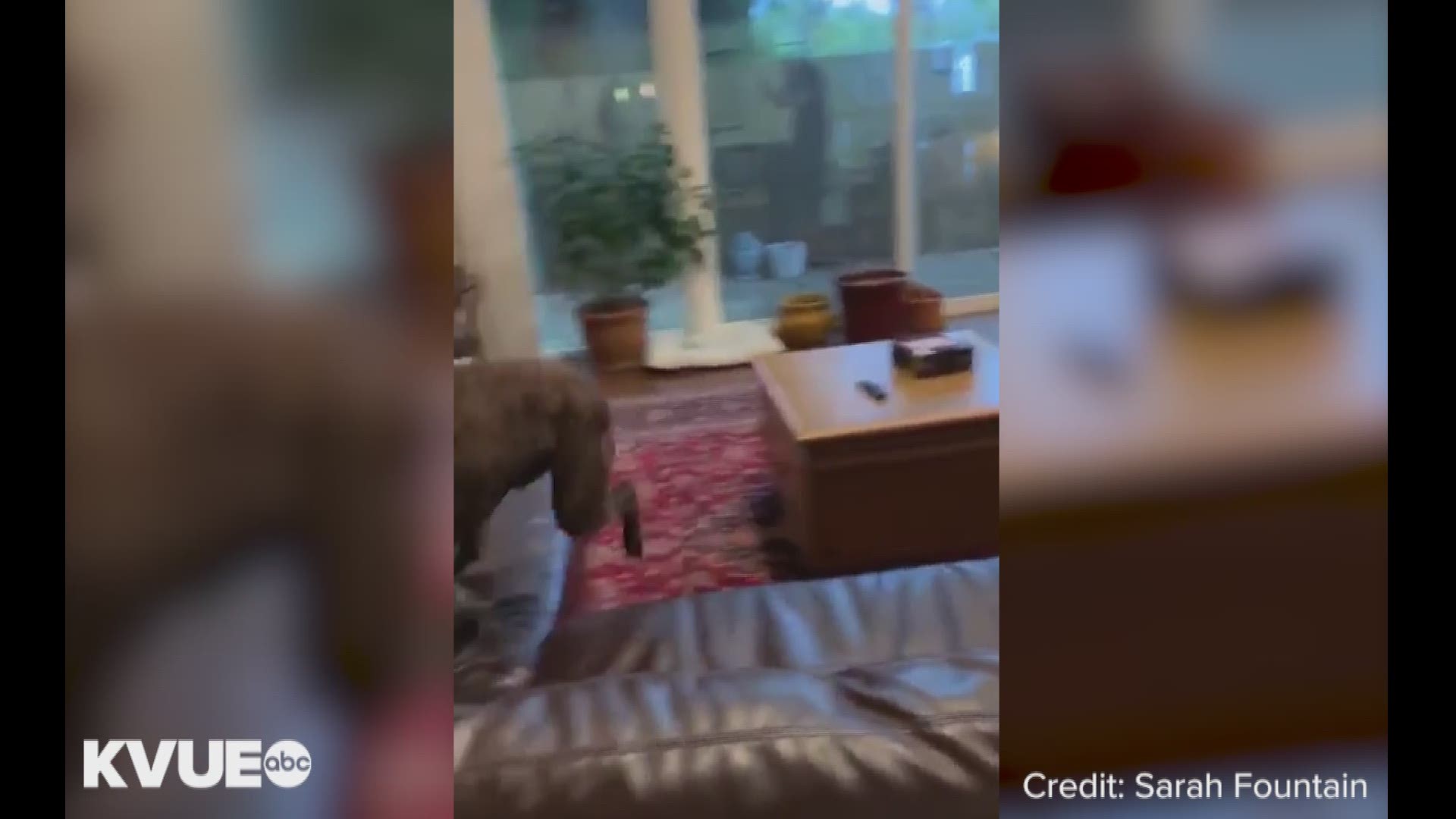 AUSTIN, Texas — Drum, a boxer-plot hound, will soon be reunited with his owner after going missing a year and a half ago.

Drum was lost on May 19, 2018. The next day, his owner, Stephan Michael, posted to the Facebook page Austin Lost and Found Pets that Drum had run away after getting spooked by a train while walking to a dog park.

Fast-forward to now. Sarah Fountain posted pictures of Drum to the same Facebook page, asking if anyone could house him for the night. That's when he was recognized by another user on the page.

Michael is out of town for work, but he was contacted and told that Drum had been found. Michael and Drum are set to be reunited when Michael flies back to Austin on Dec. 5. In the meantime, Michael's best friend has picked Drum up and will take him to Michael's grandmother's house.

"Y'all found him! I am in total shock and disbelief. It's been over a year! Thank you SO much Austin Pets Lost & Found and the Austin community. Thank you so much for you guys over at Zilker for getting Drum back to us safely. My friends, my family and I are totally elated that we found him," Michael wrote Wednesday.

Fountain said in her post that Drum had been running around Zilker Park for at least six months before finally being caught. Austin Lost & Found Pets (ALFP) believes Drum was loose in South Austin the entire time since he was lost last May.

Sarah Fountain
URGENT NEED. We have a stray dog who had been running around Zilker park for at least six months and we finally caught him. Can anyone take him for the night??? Or help us find someone to adopt him??...

In the original post, Michael said Drum had not been microchipped, as he had only had him for a few months. Michael described Drum as "incredibly smart and curious, and very friendly" but he said Drum gets overstimulated in public and doesn't respond to rewards, like treats, while he is outside – which might explain why it took so long for him to be rescued.

Stephan Michael
LOST DOG. His name is DRUM. 4Yr old half Boxer/Plot Hound male brindle with white chest and boots. He's a big boy at 70lbs and was last wearing a thick red collar carrying a tag with my phone number...

WATCH: Dog found after being lost by Wag! walker

'Unicorn’ puppy from southeast Missouri has tail growing from his forehead