"My daughter already bought a new dress and was bummed to hear it was canceled," Paul Herrera said. 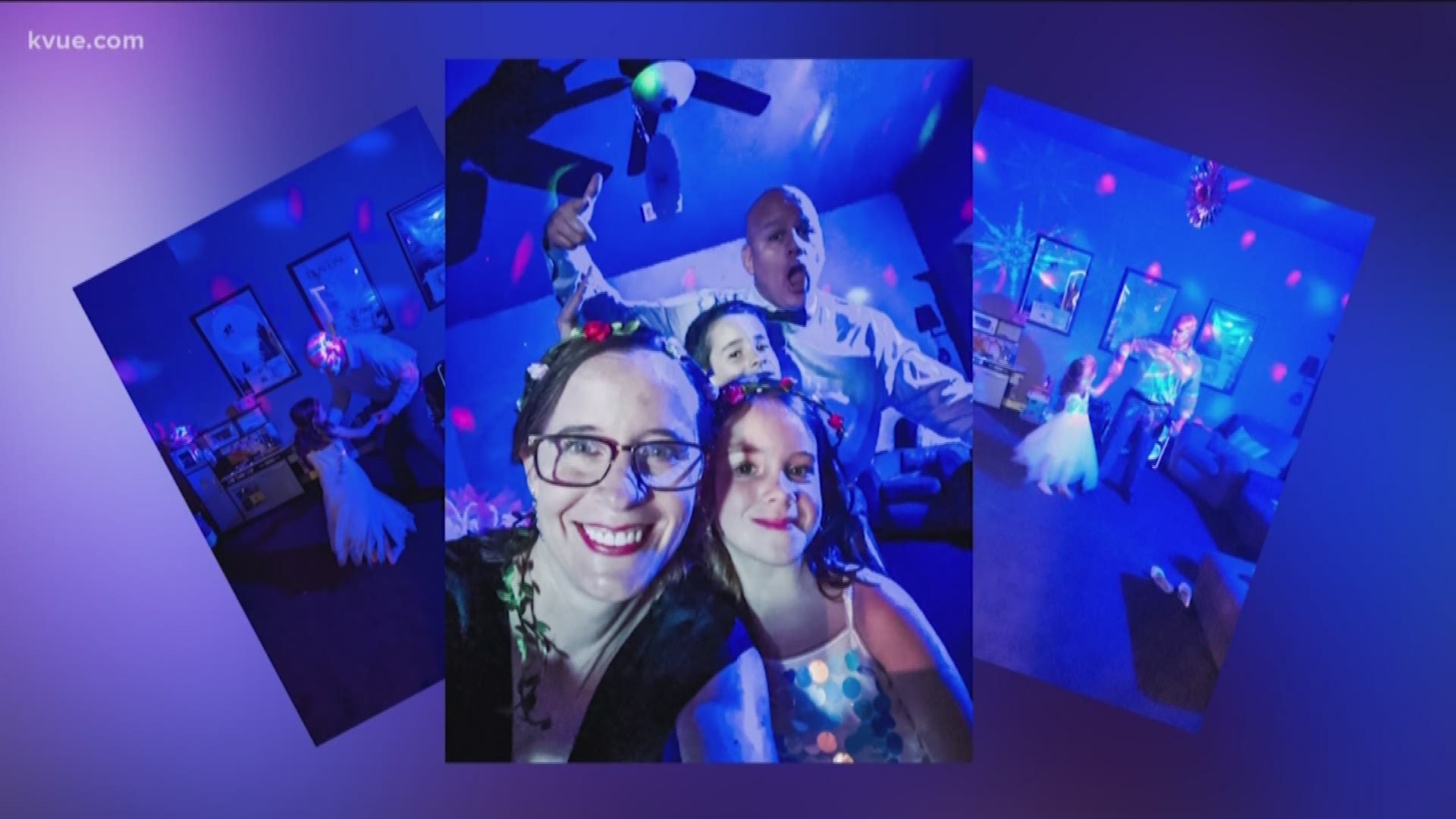 DRIPPING SPRINGS, Texas — When Dripping Springs Independent School District canceled its annual father-daughter dance, one family decided to host their own — in their living room.

Paul Herrera, his wife and two kids dressed up and decorated their house for the dance. The family called the new event the "Father-Daughter, Mother-Son Dance."

"I am so grateful because I got to dance with everyone inside my family,” said Chloe Herrera, who is in kindergarten.

The DSISD event was supposed to take place at Dripping Spring High School on March 28 but was canceled due to COVID-19 concerns.

Herrera said Chloe looked forward to it ever since her first father-daughter dance last year.

"My daughter already bought a new dress and was bummed to hear it was canceled," Paul Herrera said.

The family started planning the event by picking a theme each person liked.

"It was a winter wonderland, it was zoo animals and it was a spring theme," said Laurie Herrera, Chloe's mom.

They made their own decorations and food, set up the lightning and created a music playlist.

Paul Herrera said this was a way for his family to keep their spirits high during the coronavirus outbreak.

"We are trying to do something to keep some kind of normalcy to this whole thing, and hopefully other families out there can do something special for their family in this time," Paul Herrera said. "To put a little bit of a positive spin on it.”