On the weekend of July 17, someone stole the trailer with all the league's football gear from the parking lot of Jubilee Wells Branch School. 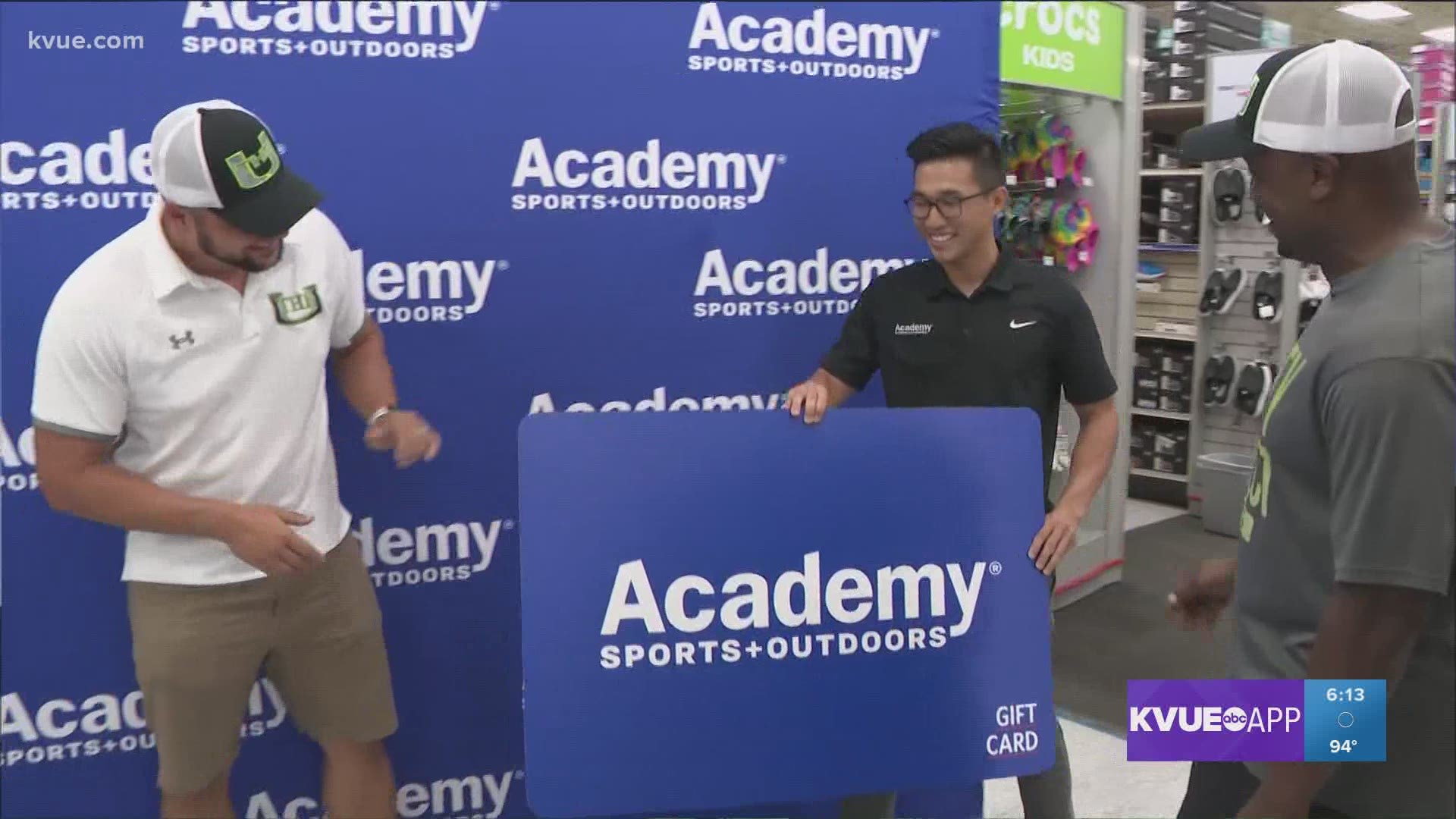 AUSTIN, Texas — Academy Sports and Outdoors treated Unity Select Sports to a $3,000 shopping spree Friday after their gear was stolen last weekend. The donation was a complete surprise for league coaches and players.

“We showed up today and what a blessing. There are no words,” Topher Rogers, VP and coach of Unity Select Sports, said.

Unity Select Sports is a youth sports league that ensures all kids get a chance to play. Even when someone can't afford a helmet or a jersey, pants or shoes, this league finds a way. They've accumulated quite a lot of gear over the past 15 years.

On the weekend of July 17, someone stole the trailer with all the league's football gear from the parking lot of Jubilee Wells Branch School.

Now, Academy is stepping up to surprise the team with a shopping spree at their Cedar Park store. League coaches and players had the opportunity to shop Academy’s wide selection of football training equipment, footwear, apparel and much more.

“It's important to give back to the community and with everything that we've been through especially this past year," Academy Operations Manager Amanda Norling said, "to know these kids have been waiting a year-and-a-half to play and then have this happen, it was important for the morale for us to help them. We wanted them to feel like they are prepared and have everything they need."

Parents on the team also started a GoFundMe account for Unity Select Sports, to help replace some of their gear. If you know of a way to help, you can reach out to the league here.

“When this first happened, I was angry and sad, but seeing the community outreach it has been impossible to be angry, impossible to be sad," Rogers said. "Items haven't been found, but man, they're being restored and that's just been a blessing."