Have you seen me? Missing mini donkey was San Antonio dad's final gift to daughter

The animal was the last gift Monika Popilek's dad gave her before he passed away. 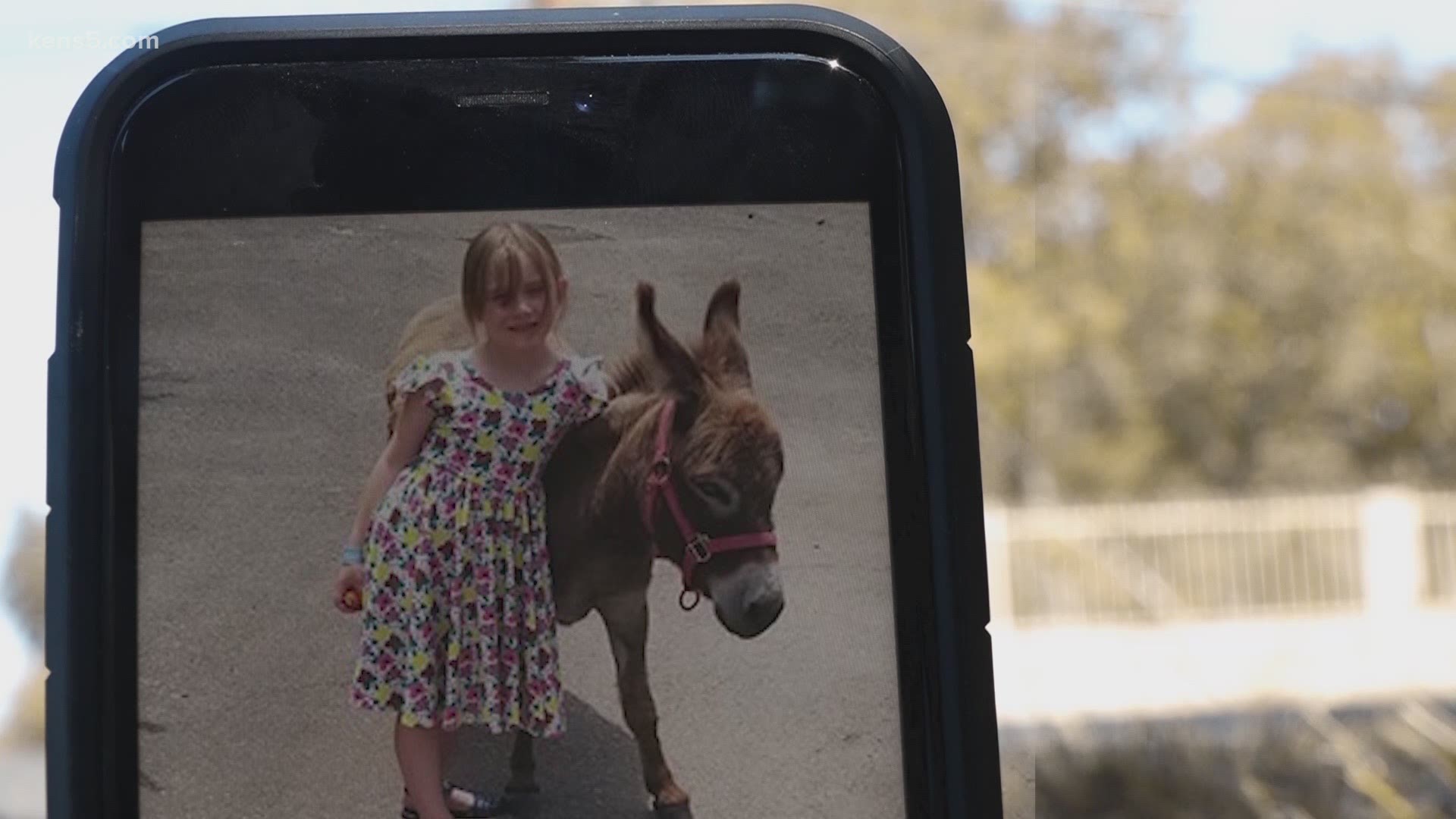 SAN ANTONIO — UPDATE: FOUND! Less than 24 hours after KENS 5's story aired on missing donkey, Chesney, someone called owner Monika Popilek to let her know they found him. They told her they saw Chesney wandering around the Potranco Road area, picked him up and drove him to their home where he’s been staying for nearly a month!

Monika says she is thrilled to have her little buddy back and wants to thank everyone who helped share the story. Chesney is now reunited with his mom Monika and partner Lilly.

About a mile off of Potranco Road is where you go to find peace. But, even for the quiet, country, somewhat rural road, they never thought they’d be looking for this.

"If we were looking for a grey tiger-striped cat, it'd be confusing. But how many donkeys are out there wandering around?" Monika Popilek asked. It's a question she's been wondering the answer to for about a month, since her miniature donkey, Chesney, went missing.

"When I came in from work, went to go feed him, and you know the other little one came, but I realized he didn't come," she explained.

Popilek drove for hours searching for the little guy and posted signs on Laurel Ridge Drive, which is the last place Chesney was seen. But the sightings have since quieted, and the concern has grown.

"He is loved and missed," she said. "They're not just livestock, he's my buddy."

A buddy that for Popilek holds much sentimental value. About four years ago, Monika’s Dad fulfilled her childhood wish and got her that horse she was always wanting. Well, got her two horses, about three feet each.

"I said you know, 'Daddy you really have a sense of humor. All my life, I wanted a horse. And now, I’m pushing 60 and you’re buying me miniature donkeys,'" she said.

It was the last gift Monika got from her Dad; he died about a year later.

"It meant so much, and I think he was so happy that he was in a position to afford that," she said.

Affording a gift that has brought so much light to some of Monika’s darkest days. A gift she hopes someone returns so she can once again find her peace.

If you have any information about the whereabouts of Chesney you're encouraged to contact Monika via text at (210) 912-5926 or via email at thedevinemzmp@aol.com.