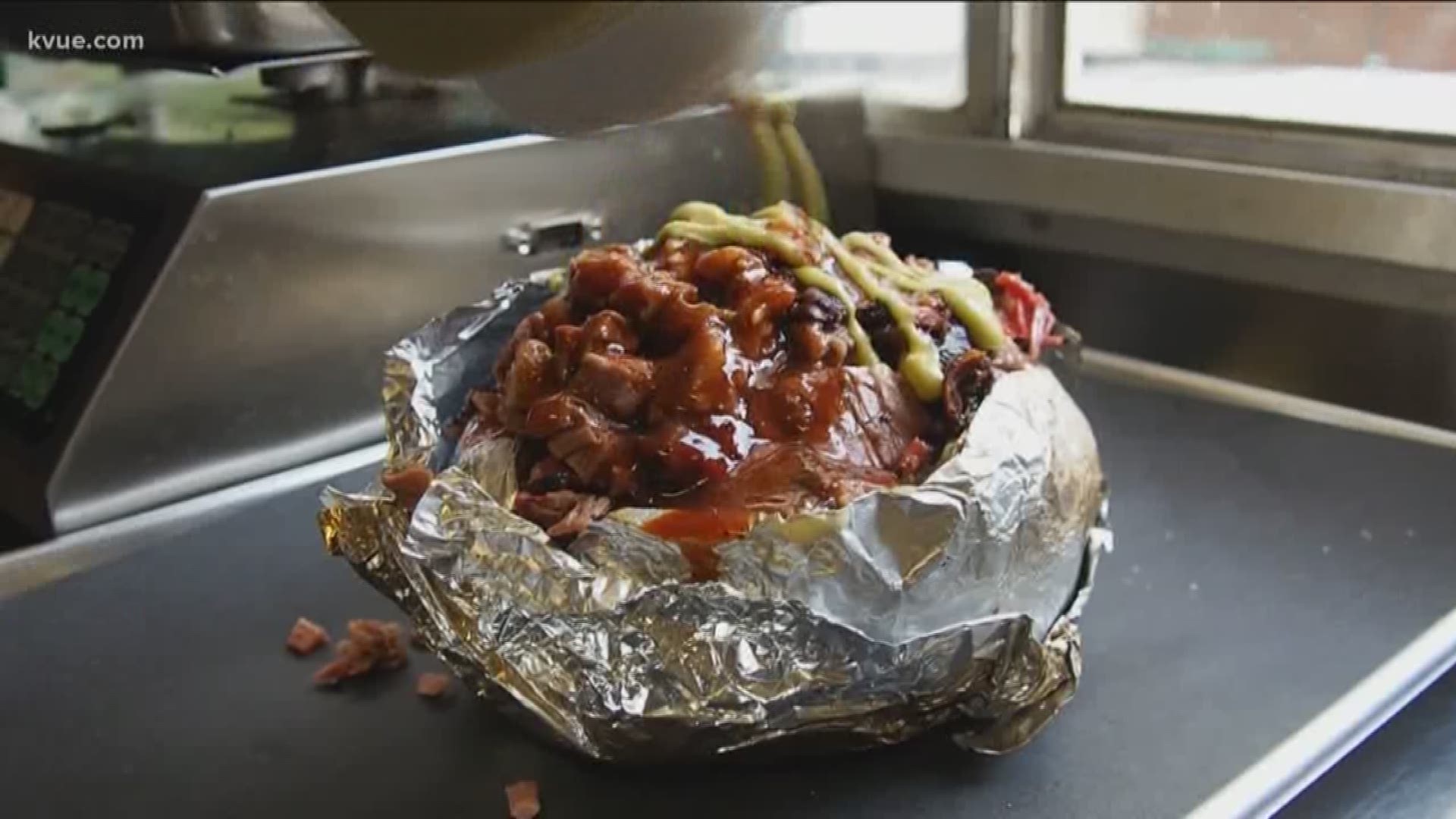 BUDA, Texas — The co-owner of Louie’s Craft BBQ, Luis Vasquez, realized his love for cooking after he was married.

He would get home from work before his wife and would make dinner.

He realized his passion for barbecue and decided to start a food truck in Austin.

But they couldn’t quite get their feet planted in the Capital City, so they moved the truck to Buda, where they were welcomed with open arms.

“It’s been the best decision that we’ve made," Vasquez said.

In their first week after moving to Buda, they sold out of food every day.

Louie's Craft BBQ serves dishes that put a spin on Tex-Mex. They have tacos, charro beans and elote – but one of their most popular dishes is their loaded baked potatoes. The regular loaded potato comes with one meat, butter, cheese, sour cream, BBQ sauce and jalapeno salsa.

They also have a secret menu with more potatoes. Plus, you can order meat by the pound or plates with sides like mac and cheese.