Regardless the reason, it's pretty clear — cakes aren't just for eating anymore. Just look at Kate Pritchett, an Australian cake baker or designer or artist or overall brilliant person — whatever we need to call them these days, she is it.

Pritchett's latest cake took cake artistry to a whole other level. The three-level, Harry Potter-inspired cake went viral this week, not just for its design, but also — and we cannot stress this enough — because it has a floating Golden Snitch.

We'll give you a few moments to just admire the detail.

OK, seriously. Details aside, how did she get the Golden Snitch to actually levitate over the cake? Is it hanging from a string? Is it sitting on a very thin stick? Is magic real?

The real answer, of course, is that she used magnets. But let's just say she used magic. It's more fun that way.

To add something cool to an already cool story, Pritchett gave the cake away "to a charity [in Sydney, Australia] that gives kids from disadvantaged backgrounds or trauma respite holidays."

Pritchett told ABC10 that the center she donated the cake to used it to teach the kids the concept of random acts of kindness. 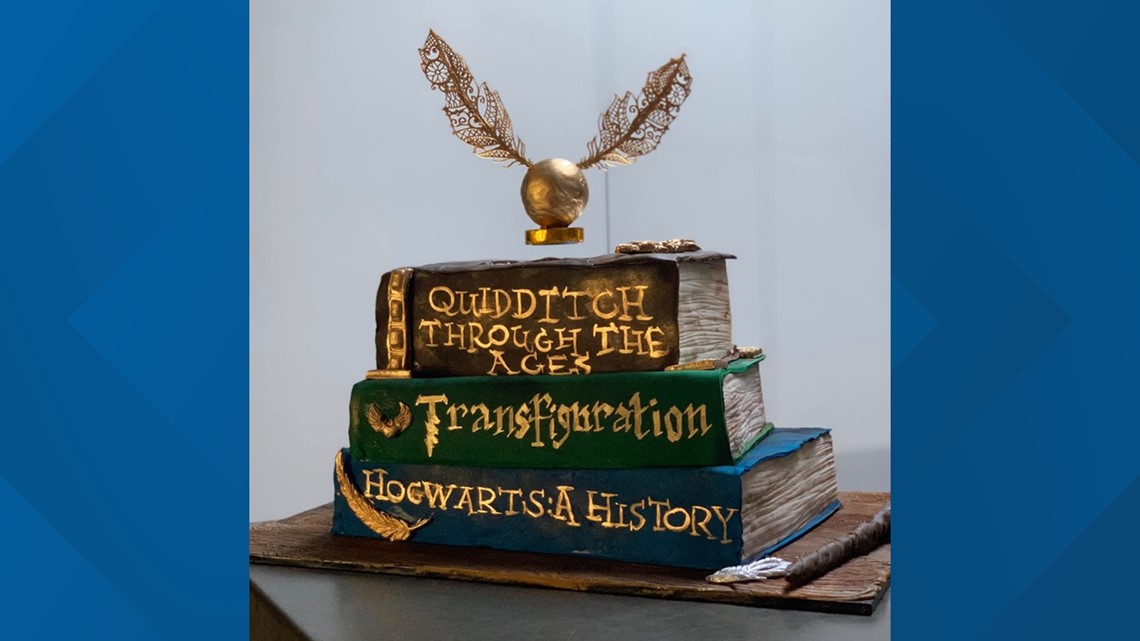