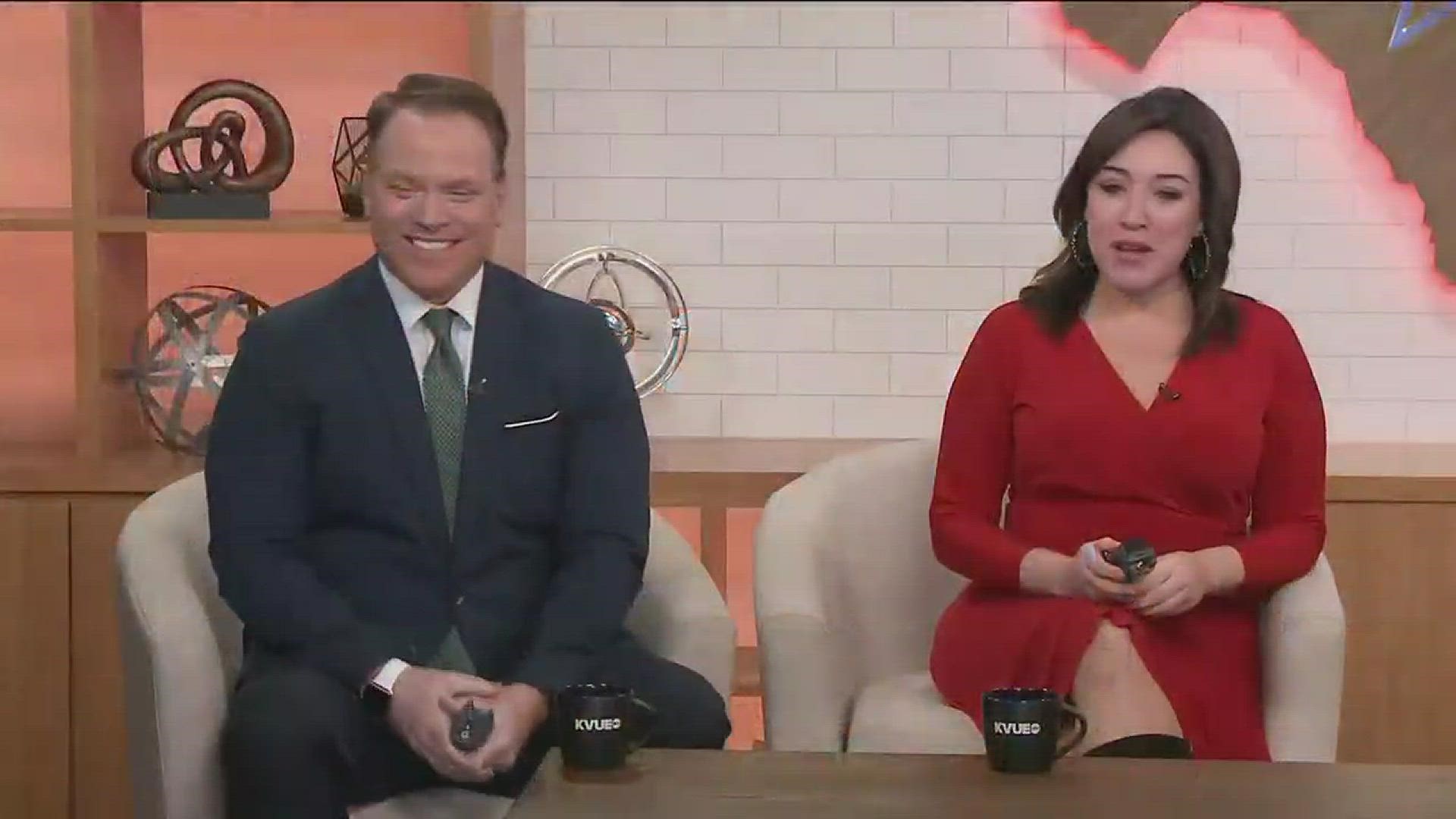 KVUE will air two Foodie Friday specials, featuring some of the best foods in the Austin area: Dec. 25 at 5 a.m. and New Years Day at 4:30 a.m.

WATCH PART 1 OF THE 'YEAR IN REVIEW' SPECIAL HERE.

WATCH PART 2 OF THE 'YEAR IN REVIEW' SPECIAL HERE.

Here are some of the highlights from 2019's Foodie Friday series:

RELATED: Start your day with a tummy full of comfort food at Monument Cafe in Georgetown

The Monument Cafe is a Georgetown cafe that has been serving locals since 1995. Everything on their menu is either cooked fresh in-house or sourced from Central Texas farms and ranches.

Razzoo's Cajun Cafe served up their Lent-friendly catfish, blackened, fried, stuffed and even grilled. A 16-year-employee of the restaurant shared what's so special about their catfish.

Located in Downtown Liberty Hill, Malted Grains has been around for more than three years. The restaurant changes its menu twice a year, but keeps favorites like The Yard Bird chicken sandwich.

Turf N' Surf Po-Boy has three locations serving up tacos, salads and plates with an endless amount of combinations you can have grilled or fried.

It isn't just a churro. Churro Co. is a food truck that started with the owner's childhood friend in 2014, providing many tasty concoctions.

Papi's Pies in Round Rock, Texas, is serving up some of the best pies in Central Texas.

Other than delicious pies filled with strawberry-rhubarb and cherries, Papi's Pies is also known for its delicious breakfast dishes, such as made-from-scratch quiches and frittatas.

RELATED: Milkshakes bring everyone to 'The Yard' at first Texas location in Austin

Located at the Domain in North Austin, The Yard is known for its over-the-top ice cream creations. With flavors ranging from chocolate bacon waffle to edible cookie dough sandwiches, there's something for everyone at this ice cream parlor.

Burger Tex may be known for its burgers, but that's not the only delicious item on the menu. Located in North Austin, the restaurant serves some of the best Bulgogi, a Korean dish of sliced rib-eye steak, you can find in town.

RELATED: Alcohol and ice cream? This Austin shop is serving up the perfect pair

Owned by a self-described ice cream geek, Prohibition Creamery is the perfect place for those with a sweet tooth to grab a drink. The creamery serves alcohol-infused ice cream. The menu includes delicious milkshakes with flavors like bananas foster, which has some banana liquor, rum and caramel sauce in it.

Get a taste of eastern Europe in North Austin at Brama Restaurant. Here you can enjoy some authentic beef stroganoff or perogies, which come in a variety of flavors. Brama also offers some of the best goulash and schnitzel that can be found in Central Texas.

Shore Raw Bar & Grill, located along Highway 71 in Oak Hill, is serving up some some delicious fish to the Austin area. The restaurant's executive chef, Brandon Silver, makes full use of each fish, along with gulf oysters and tasty fried shrimp.

RELATED: High in the Hill Country: Oasis Texas Brewery has booze and food with a view

Located in the hills of Lake Travis, the Oasis Texas Brewing Company has some delicious food, paired perfectly with gorgeous views and tasty beers. Although it started out small in 2014, the brewery has grown into something much bigger.

Get your Cajun fix at the French Quarter Grille with delicious stuffed catfish, fried shrimp and some of the best mashed potatoes in the Austin area. Located on the southbound side of I-35, this is the perfect place to eat some good seafood and drink plenty of tasty wine.

Located off Manor Road, Bird Bird Biscuit is busting out some incredible breakfast and lunch sandwiches, including its the star of the menu: the chicken biscuit named "The Queen Beak." The chicken here is brined and fried fresh to order.

Enjoy some brisket from the same gas station featured in the iconic film "Texas Chainsaw Massacre." While there aren't any chainsaws behind the counter, there is an electric knife and several other utensils. This killer barbecue restaurant is located in Bastrop, Texas.