This Alabama-based milkshake bar is known for its crazy, over-the-top ice cream masterpieces. 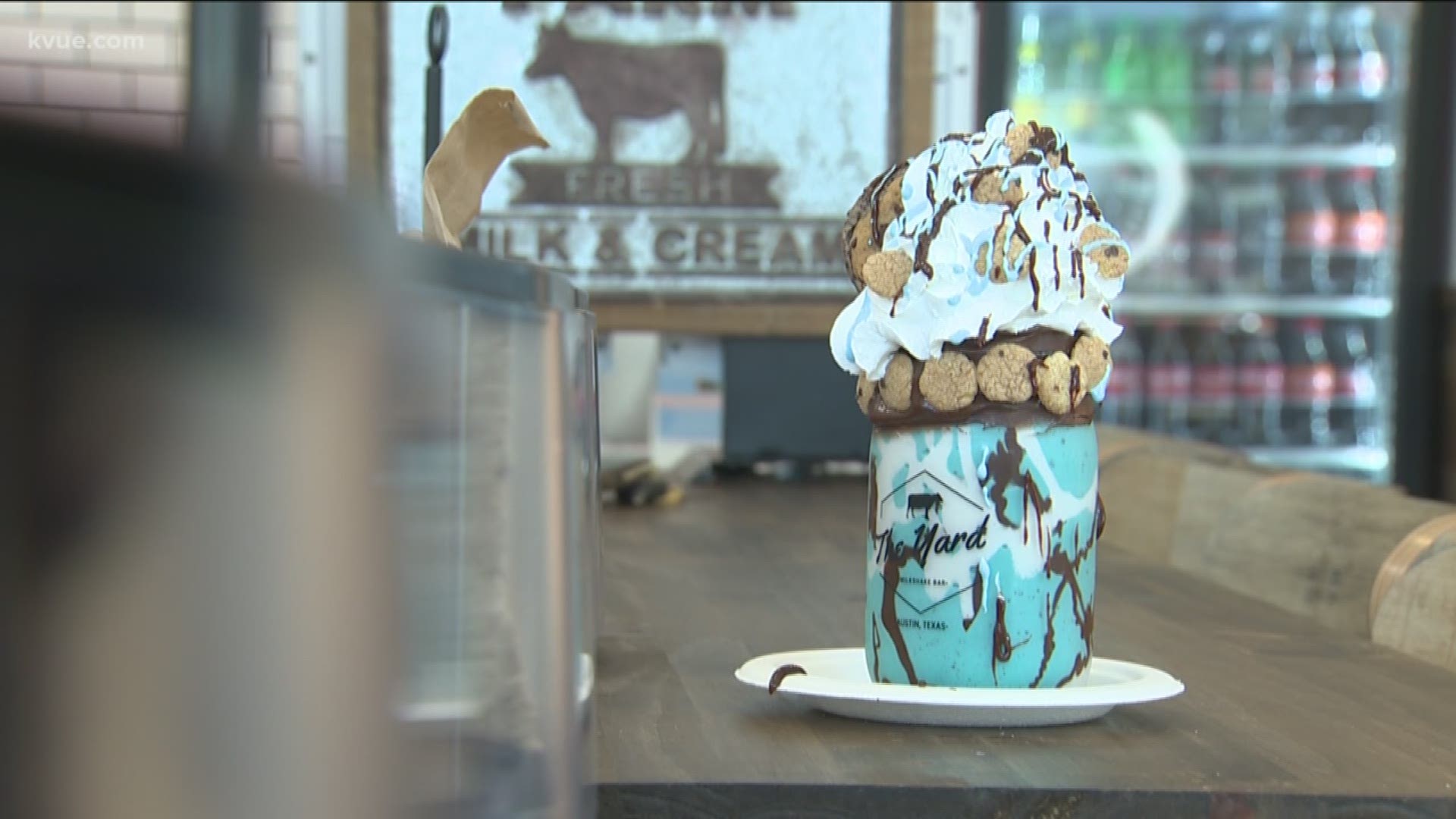 AUSTIN, Texas — A milkshake doesn't just bring the boys to the yard – you know the song! The sweet treat is also a great way to cool off during this summer heat and a new spot in Austin is serving up shakes with a lot of flare.

Team Daybreak checked it out.

We're talking about probably the best milkshakes in Austin and they'll have you coming to "The Yard" alright!

It's located on Esperanza Crossing at the Domain in North Austin.

This Alabama-based milkshake bar is known for its crazy, over-the-top ice cream masterpieces. This particular storefront is the company's first milkshake bar in Texas.

"How it actually all started was in my first little ice cream shop in Gulf Shores called Island Ice Cream, we wanted to create stuff that would get people in the door, that would get people traveling, to see us, the more extravagant the more people come," said owner Chelsea Green, which by the way co-owns the business with her husband.

Smash it, roll it, eat it: Rolled ice cream is the trendy new treat in Austin

Alcohol and ice cream? This Austin shop is serving up the perfect pair

They feature a lot of unique flavors ranging from chocolate bacon waffle toppings to an edible cookie dough sandwich. These milkshakes are for sure Instagram certified, and Green told KVUE social media actually changed the game for them in terms of marketing their product.

"We basically only advertised on social media at the beginning," and within the first week of opening their Gulf Shores location, they had lines out the door!

Not only are these milkshakes perfect to flex on the gram, but they're also delicious. The secret to a yummy milkshake is the base – having a nice buttery ice cream and a good whip cream!