We begin our tailgating Foodie Friday series with Hungarian hash. 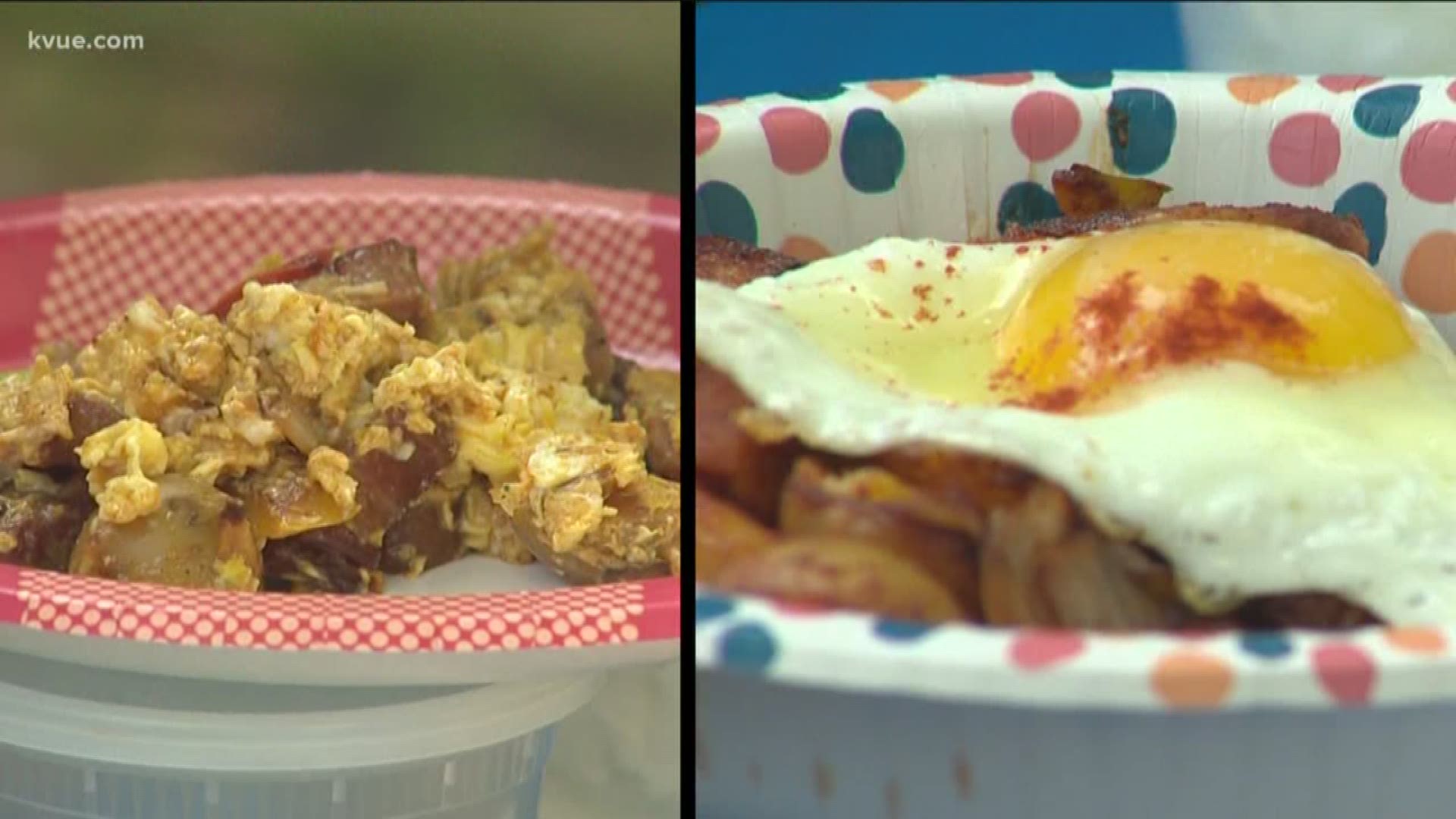 AUSTIN, Texas — Texas football kicks off their first game of the season Saturday and that means tailgating will be in full swing!

For the next four weeks on Foodie Friday, it's our mission to provide you with some new recipes to spice up your game day menu.

We enlisted the help of one of Austin's top chefs, bought a $20 grill and less than $100 worth of food to bring you some easy and great tailgating recipes.

We begin our tailgating Foodie Friday series with Hungarian hash.

Here's a breakdown of everything you will need.

Cut or dice the potatoes and put them in a saucepan. Cover the potatoes with cold water and 1 teaspoon of salt. Bring to a boil. Reduce the heat to medium, cover the pan, and cook for about 15 minutes, or until they are just tender when pierced with a fork. They will finish cooking in the skillet. (I almost always use leftover potatoes for this).

RELATED: Longhorns football is back! Here's a look at the forecast

Heat oil in a large skillet over medium heat and then add the ham and bacon. Brown it slightly and do not overcook. Remove it and add the diced potatoes and brown. Add onion, red pepper and banana pepper. Cook until vegetables are soft.

Return ham and bacon to pan. Cook the hash until well browned, stirring and turning frequently. Season with salt and freshly ground black pepper to taste and add the dried crumbled thyme. Finally, add the Paprika and cook gently for a few minutes. Trust me, you don’t want to burn paprika.

RELATED: Working for the Weekend | Check out these great Labor Day Weekend events

The family version has 1/2 cup of diced Hungarian salami. If you get it you won’t regret it, add with the vegetables.

Add 1 tablespoon of freshly chopped parsley to the potatoes just before they are finished cooking.

If you don’t have paprika, use some Cajun seasoning and only add salt if necessary.

Use about 3 to 4 cups of diced frozen hash browns (thawed) instead of leftover or cooked potatoes.

Cheddar cheese is a great addition at the end.

Lastly, serve with eggs, fried, scrambled, poached, it doesn’t matter. This hash is built for eggs.