This neighborhood eatery is bringing joy to customers one meal at a time. 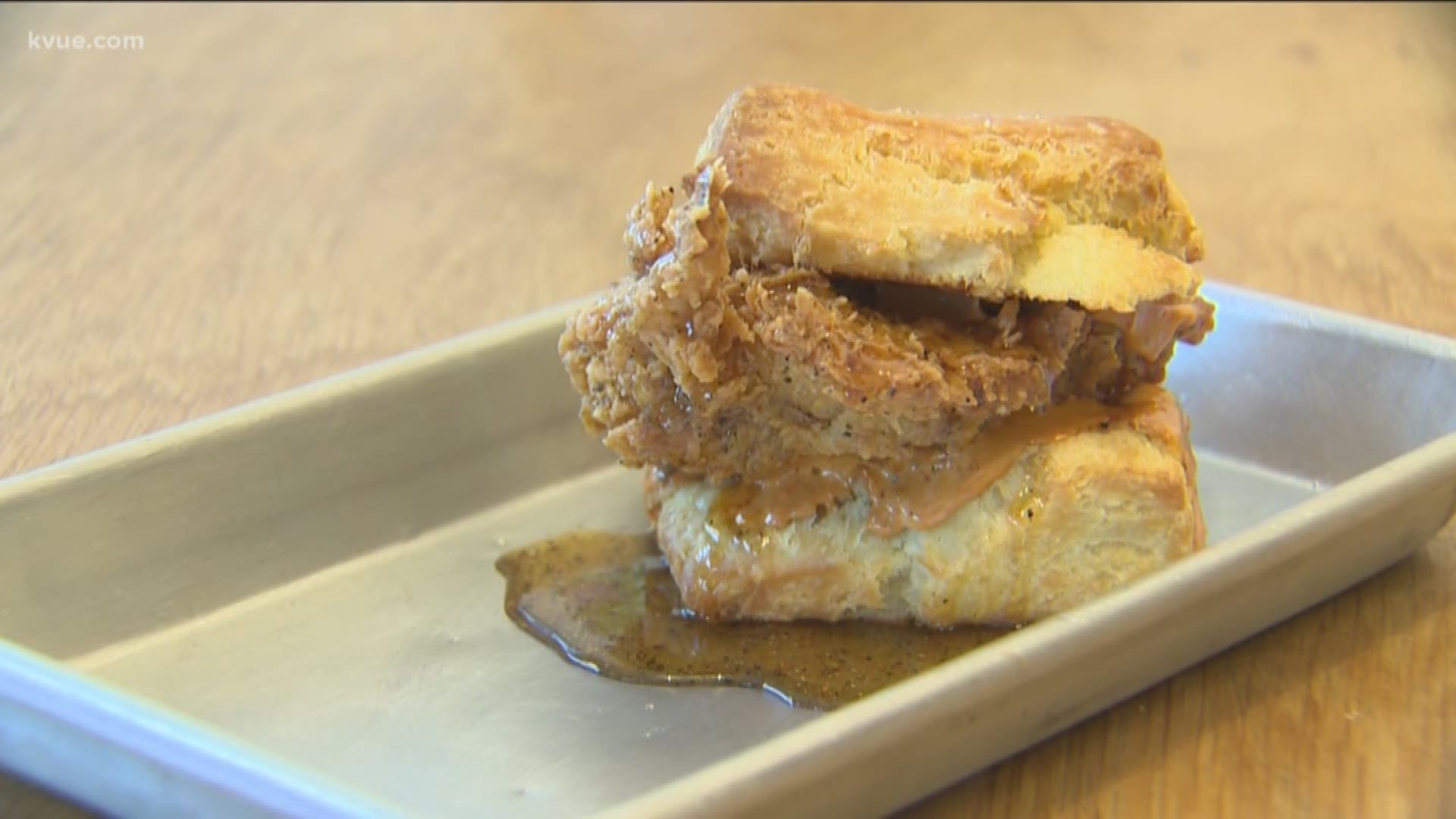 AUSTIN, Texas — There is a good chance you've seen pictures of their food on Instagram. That's how they get you. One look and you'll be heading to Bird Bird Biscuit in East Austin.

Now, this is a breakfast worth waking up for. Bird Bird Biscuit is the jam. This spot off Manor Road is the latest collaboration between Brian Batch and Ryan McElroy. They've got history.

"So I worked for Ryan for about a decade at Thunderbird Coffee up the street. I was part of that organization for like 11 years," said Batch. "We built a super strong friendship. I wouldn't want to start a business with somebody that I didn't 100% trust and I 100% trust that guy."

The vibe is cool and the menu is simple. Breakfast and lunch biscuit sandwiches fill the menu with the star of the show being their chicken biscuit called the Queen Beak.

The chicken is brined and fried fresh to order.

"The dredge is also composed of quite a bit of spice," said Batch. "But then the cool thing is we have this mayo that's like bacon-infused and this spiced honey. The combination of like the herb, the spice, the sweet, the savory, the heat ... like it all just really works well together."

Oh, honey, it's delicious. The Queen Beak is kind of magical. If you're vegetarian, they've still got you. Try the Endless Summer.

"I wanted to blow their minds and, so, that sandwich was built for that," said Batch.

It's a breaded eggplant sandwich.

"The tomato sauce that goes on it is infused with garlic and a lot of nice flavorings," he said. "And then you have the mozzarella, which is smoked, which kind of adds another layer. The combination of the whole thing, it's just a spectacular mixture."

And let's not forget the classics such as bacon, egg and cheese with crispy bacon or biscuits and gravy. They also make their own chicken sausage.

Before you go, don't be a "dough dough" and forget to try their donut holes that are tossed in cinnamon and sugar.

Bird Bird Biscuit – bringing joy to Austin one meal at a time. They are located on Manor Road in the Cherrywood neighborhood.